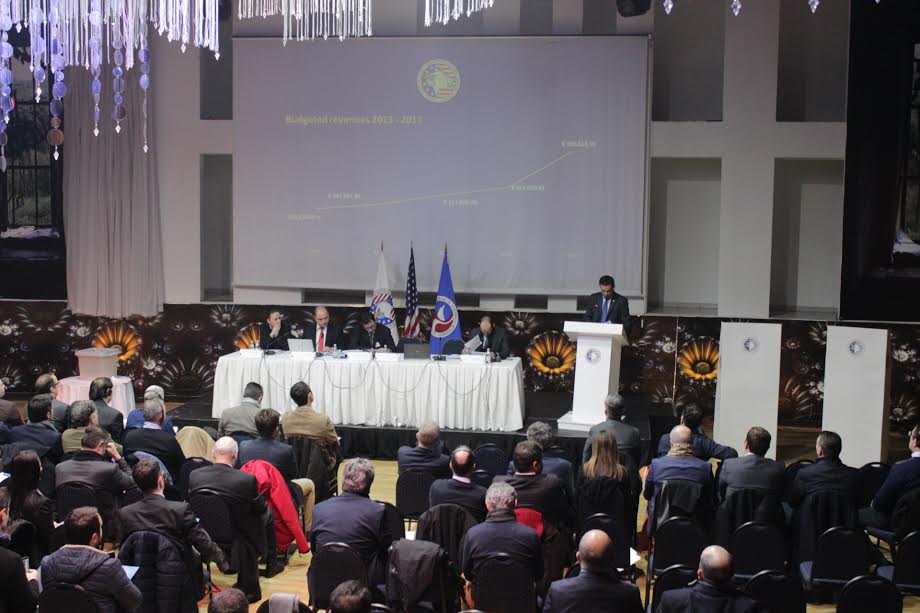 Prishtina, January 12, 2017 – The General Assembly of the American Chamber of Commerce in Kosovo concluded its thirteenth Annual Meetings by electing the seven new untitled members of the Board Governors, who will serve in this position for a one-year term.
In addition to the election of the new Governors, the General Assembly also approved the 2017 Annual Program and the Supporting Budget, in line with Article 16 of the Bylaws of the Chamber.
The seven untitled members of the Board of Governors elected by the General Assembly are Arjeta Spahiu (Blanchard Leadership), Agim Bekaj (Microsoft), Artan Lahaj (MER Group), Michael Gold (Crimson Finance), Lorent Gordi (Phillip Morris), Robert J. Higdon Jr. (Williams Mullen) as representatives of U.S. controlled firms, and Visar Dobroshi (Recura Financials) as a representative of a non-US firm.