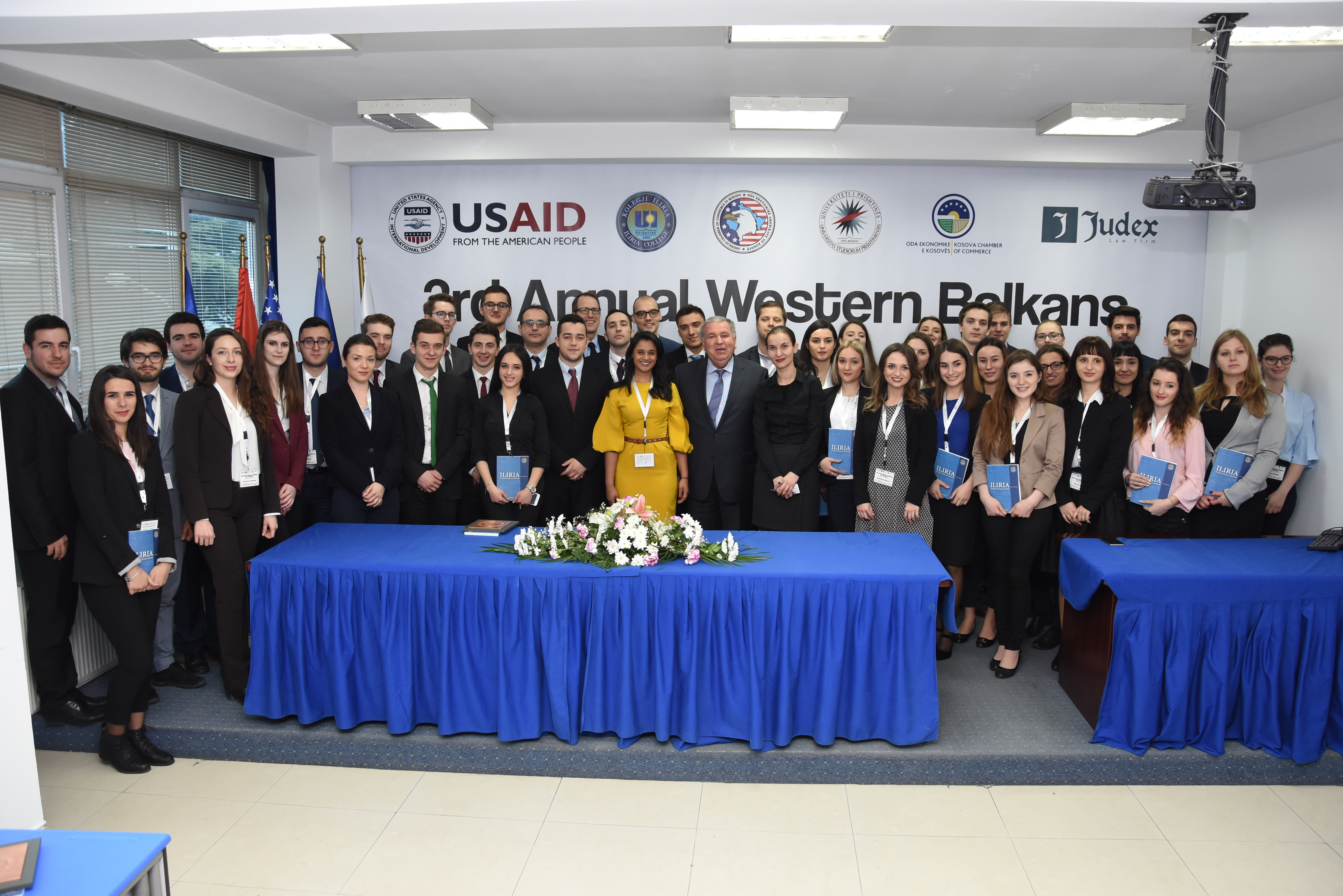 ILIRIA College, the American Chamber of Commerce in Kosovo (AmCham), University of Pristina – Faculty of Law, and the Kosovo Chamber of Commerce (KCC), with support from the USAID Contract Law Enforcement (CLE) Program hosted and organized the two day competition, held from Friday, February 24 to Saturday, February 25. This year, the Pre-Moot was funded by the generous contributions from AmCham (Platinum Sponsor), Judex Law Firm (Platinum Sponsor), WilmerHale (Gold Sponsor), and I.O.T. (Regular Sponsor). The competition is modeled after the international Willem C. Vis Moot that is held in Vienna every year.

During the Pre-Moot, teams from universities across the region compete against each other in a series of rounds, that are judged by practicing lawyers and arbitrators, many of whom are Vis alumni. In addition to providing a forum for students to hone their practical legal skills, the Pre-Moot facilitates a cross-cultural exchange between law students from the Western Balkans and Europe. The Pre-Moot also contributes towards increasing awareness regarding the availability of arbitration as an alternative dispute resolution mechanism that is faster and cheaper than the courts, benefiting the legal and business communities.

Arian Zeka, Executive Director of AmCham which is both a Platinum Sponsor and a co-organizer of the event states that “AmCham believes that the future of commercial law in Kosovo, an important and growing area of law, rests with the young generation of lawyers, a generation which will, among others, contribute towards the expansion of the pool of local experienced arbitrators. This is the reason behind our support to events like the Annual Western Balkans Vis Pre-Moot where students get the best out of their university curricula and sharpen their advocacy skills.” The AmCham also supports legal education for law students through the Arbitration Academy for students interested in commercial arbitration and the publication of the ADR Journal.

Kujtim Kerveshi, Managing Partner of Judex Law Firm, a Platinum sponsor of this event, noted that he and his firm “support a number of university student competitions in arbitration and commercial mediation, in particular such events like the Annual Western Balkans Vis Pre-Moot. One of the Pre-Moot outcomes is that it increases Kosovo’s visibility in the region, and highlights the commitment to developing a new generation of young, well-trained legal professionals in the area of commercial arbitration.” In an effort to train and mentor young lawyers, Judex will also be observing the rounds to select a student for a prestigious internship at the law firm.

The event which was kicked off with the Welcome Reception, will continue with rounds on Friday and Saturday, and will conclude with a closing ceremony on Saturday where the Dean of University of Pristina-Faculty of Law will announce the winning team.