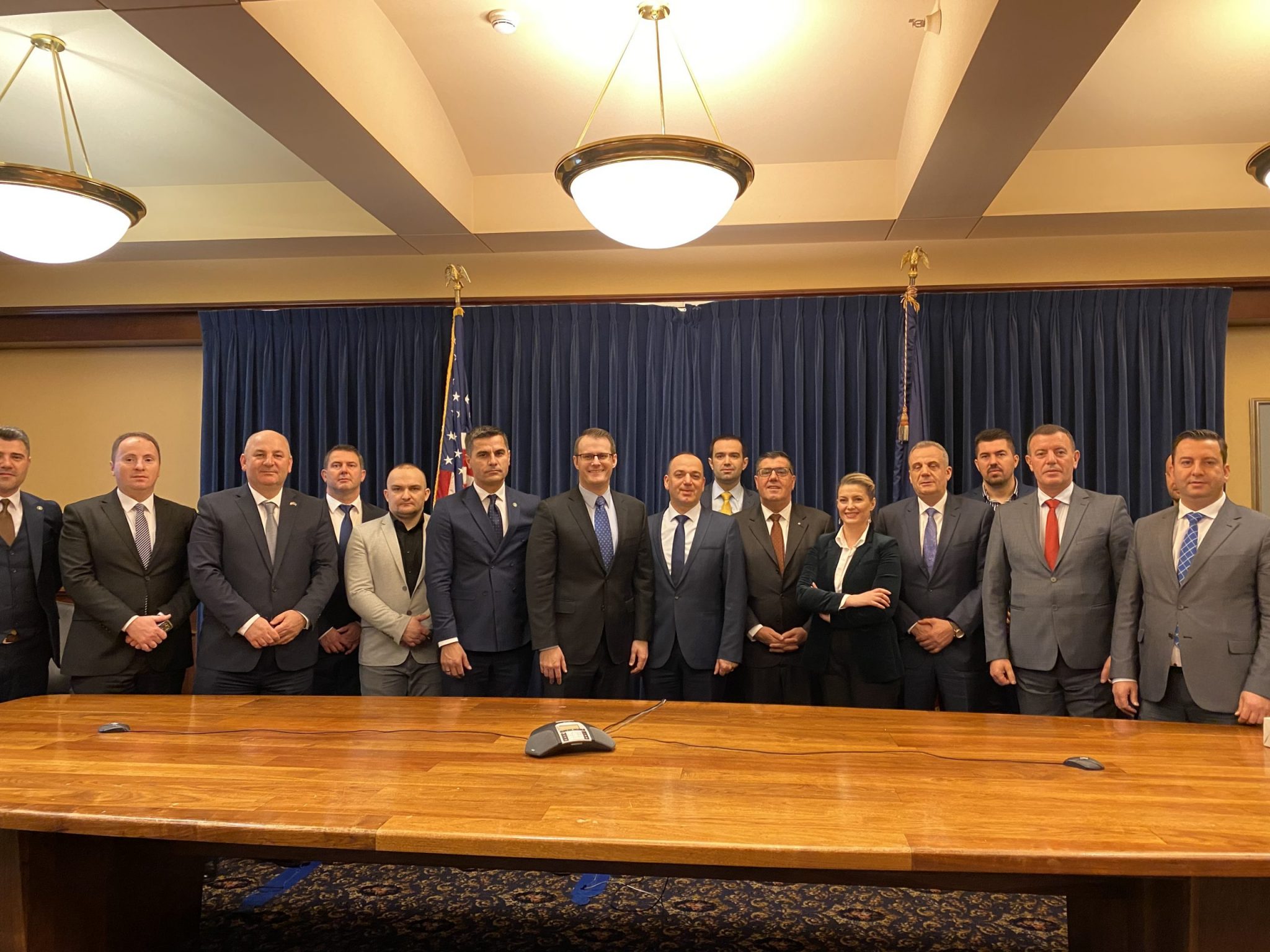 Prishtina, February 26, 2020 – The partnership between Kosovo and Iowa will further strengthen, through closer cooperation between the local authorities of both countries, but also by expanding the economic cooperation. This was stated during a meeting of the Lieutenant Governor of Iowa with a delegation of Mayors of the Republic of Kosovo, who are staying in the United States of America under the organization of the Regional Development Agency – Center and the American Chamber of Commerce in Kosovo.

The Lieutenant Governor of the State of Iowa, Adam Gregg, expressed his contentment regarding Iowa’s partnership with Kosovo, which is reflected through the partnership agreements between the different cities of Kosovo with those of Iowa.

He pledged to expand this partnership in the field of economics as well, stressing the opportunity for Iowa businesses to become part of the Iowa Governor’s delegation during her visit to Kosovo in June.

The mayors of Kosovo expressed their commitment to strengthen partnerships with cities of the State of Iowa, presenting, among other things, investment opportunities in their municipalities for American companies from Iowa. They expressed their gratitude for Iowa’s support for Kosovo in various fields.