A group of students from Iowa visit AmCham 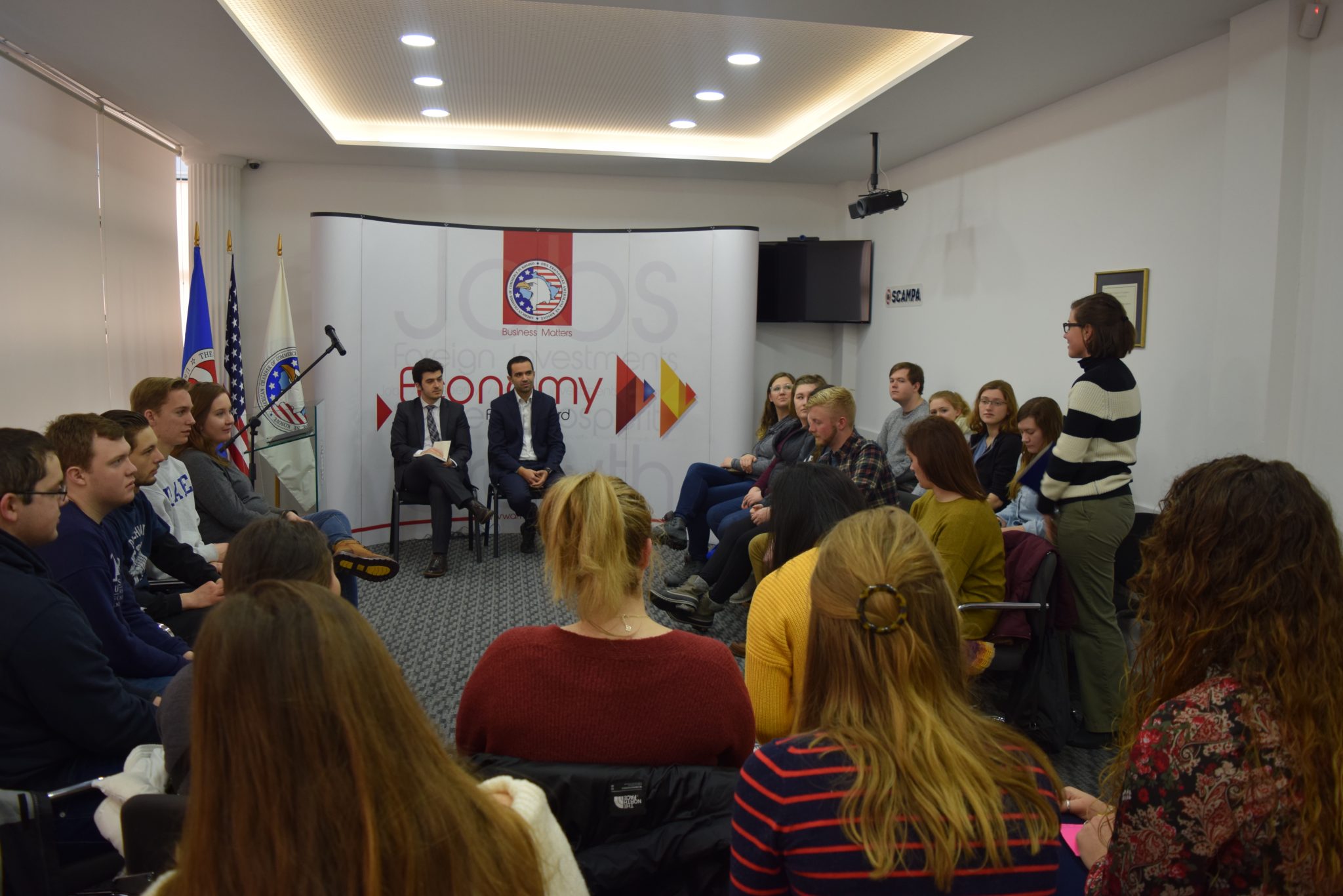 A group of students from Iowa visit AmCham

Prishtina, January 11, 2019 – A group of students from Drake University from the U.S. country, Iowa, led by Tonia Land and Stephanie Dana Ely, visited the American Chamber of Commerce in Kosovo in order to learn more on the environment of doing business in Kosovo.

The students were informed about AmCham’s activities. They were interested to learn also about the business environment and the current situation in economy in general after the war and onwards, as well as about the challenges that businesses face in Kosovo. The discussion was also focused on the importance of further advancing the state partnership between Kosovo and Iowa.

Since 2013, the American Chamber of Commerce in Kosovo has contributed in strengthening the Kosovo-Iowa partnership which initially started in the military sector and now has also expanded in other areas such as economy, education, and healthcare.