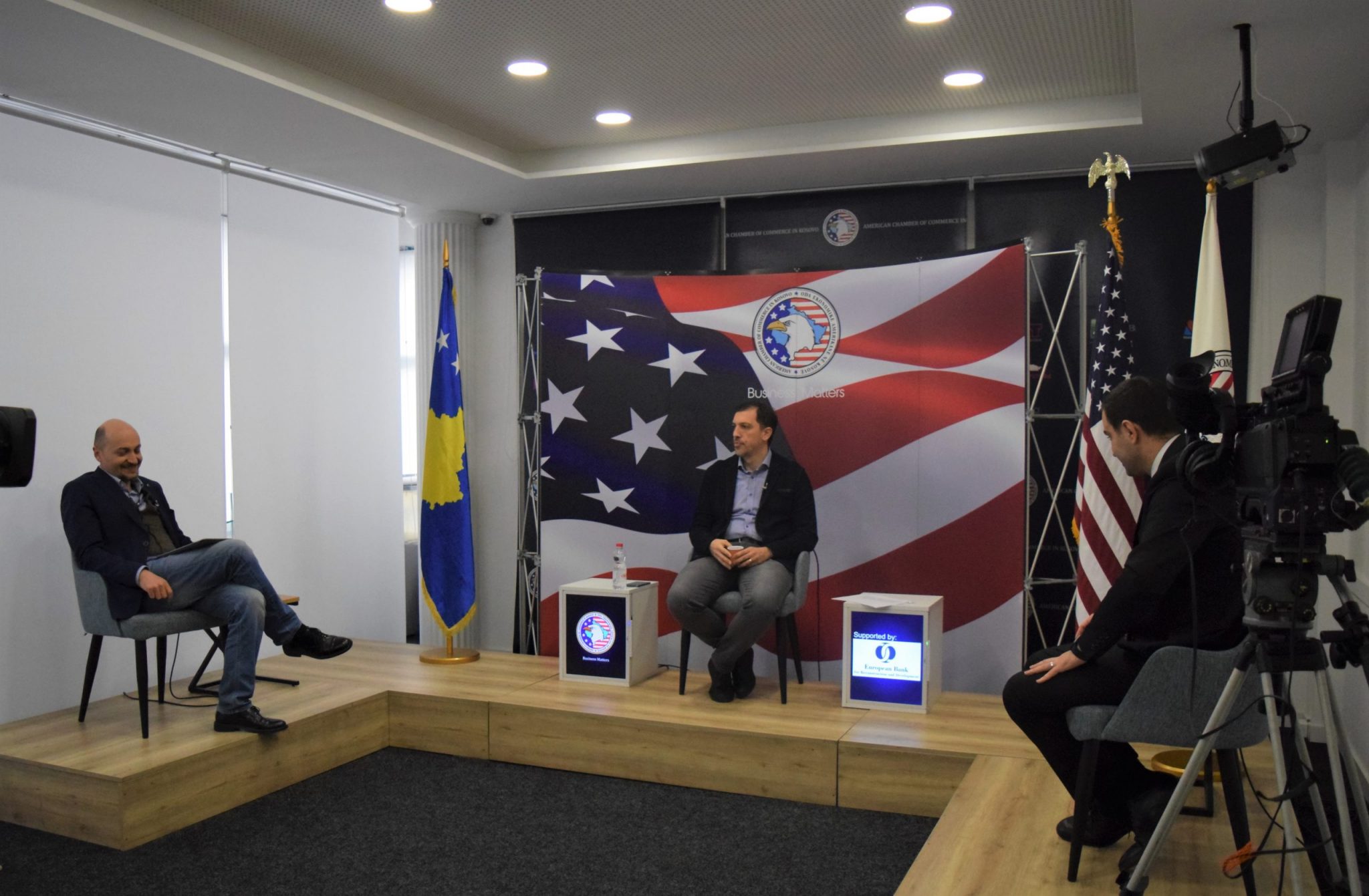 Prishtina, April 21, 2020 – Kosovo can pursue a rapid dynamic of economic recovery, but this requires a comprehensive discussion between all relevant stakeholders, as well as changes in the economic structure. These topics were discussed in the virtual forum on the Possibility of an Economic Big Bang after COVID19 organized by the American Chamber of Commerce in Kosovo. A panel comprising of financial experts, Dardan Sejdiu, Ramis Ahmetaj and Bersant Disha, discussed on the impact of COVID19 and the steps to be taken after the start of the economic recovery phase. Among other things, they stated that the large job losses, the decline in aggregate demand and the lack of financial liquidity will create a very difficult situation for Kosovo’s economy.

Dardan Sejdiu, MP of the 2017-2019 legislature and financial expert, stressed that the decline in aggregate demand has significantly affected the increase in unemployment, and if it continues to fall a very unpleasant situation will be created for the country. Sejdiu stated that the policies to be followed for the recovery of the economy should be aggressive in increasing the aggregate demand and this can be achieved with extraordinary programs that the state must undertake. He added that the Government of Kosovo should invest largely in building programs that maintain aggregate demand and prepare the economy for the post-pandemic situation. According to Sejdiu, we need to focus on structuring the economy, or else any global financial and economic shock will take us back to the first level. However, any outcome cannot even be imagined without a comprehensive discussion between the country’s institutions and all those who can contribute in this aspect.

Bersant Disha, Executive Director at Recura Financials, presented the findings of a study conducted by the American Chamber of Commerce together with four other business associations on the impact of COVID19 on Kosovar enterprises, expressing his concern about the impact that pandemic has had on Kosovar enterprises. Disha considered the enormous loss of jobs as a key element of this crisis and stressed that the Government’s support should focus on preserving employment. He stated that given the fragility of our economy, which has taken twenty years to reach its current level of employment, various challenges will arise to bring it back to the same level after the pandemic. According to him, in addition to the emergency package for private sector support, speeding up the planning of the second fiscal package is crucial to help businesses survive.

Ramis Ahmetaj, business consultant, stated that given the economic developments in the country and in the region where the structure of the economy is constantly deteriorating and unemployment is increasing, economic recovery and return to the situation before the crisis will take a long time and will be extremely difficult. He considered as optimistic the predictions of the Government of Kosovo on the damage that the economic crisis will bring to the country, especially if the opportunity cost is calculated there. Ahmetaj added that the current crisis should be minimized, where he suggested to develop a more comprehensive economic system, increase the number of financial intermediaries, and to take advantage of this opportunity to change the economic structure and the way of doing business in the country.

This virtual forum of the American Chamber of Commerce in Kosovo was supported by the European Bank for Reconstruction and Development, and the European Union (EU)’s Enterprise Development Investment Facility (WB EDIF).