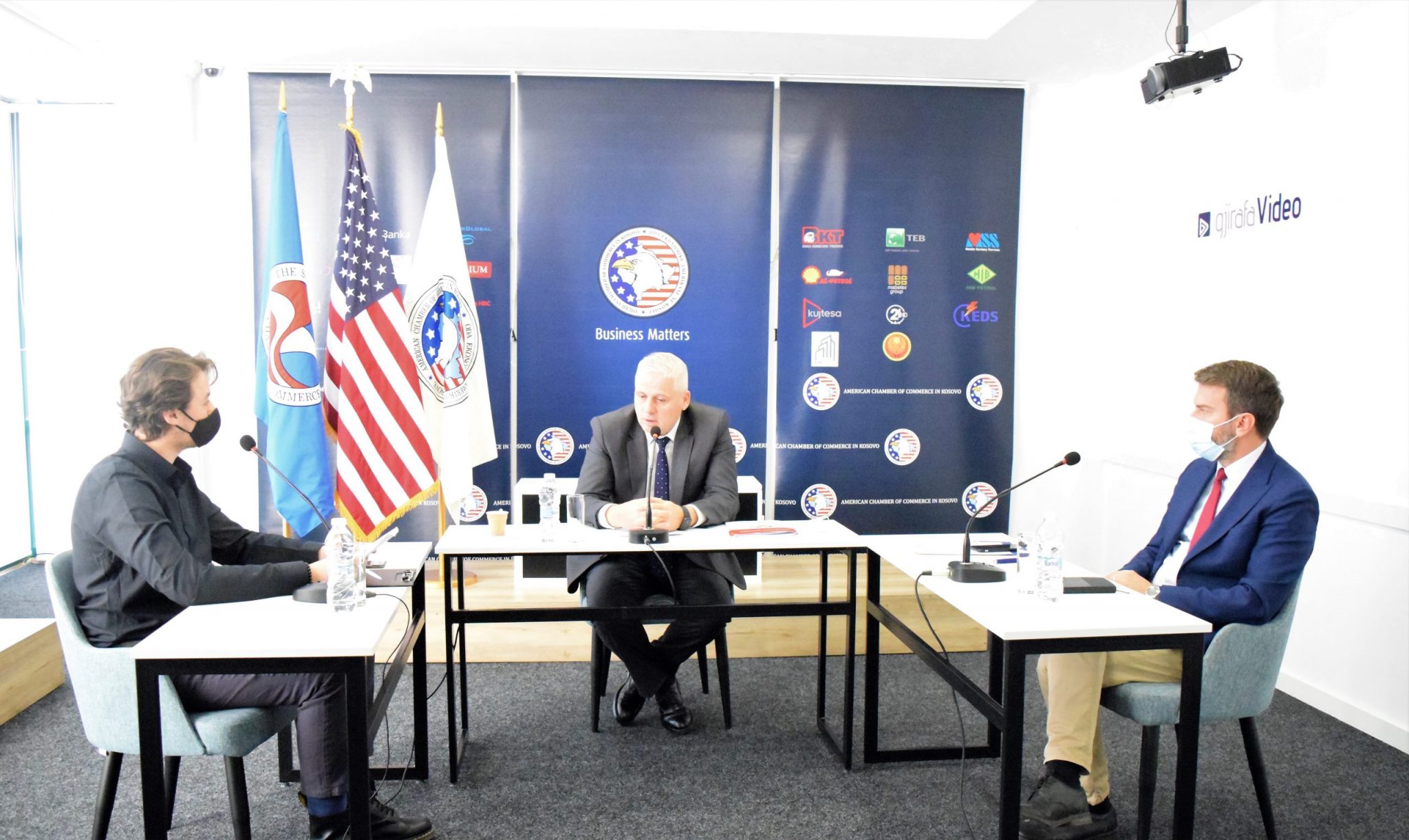 Prishtina, December 10, 2020 – Following up the publication of Corruption Perception Study, in coordination with USAID Commercial Justice Activity, the American Chamber of Commerce in Kosovo organized a virtual forum regarding the role of institutions in the fight against corruption, during which the findings of this study were discussed, with a special emphasis on those related to corruption reporting, while the role of digitalization of public procurement and its impact on the progress in fighting corruption was also discussed.

Shaip Havolli, Director of the Anti-Corruption Agency stressed that this institution has met the objectives set for this year, coming to the aid of all parties that have filed complaints or reported cases of corruption, where he mentioned 79 cases that have been handled so far. Further, referring to the findings of the study on the perception of corruption in the country, Havolli described them as much needed information. While mentioning the reluctance from businesses to report corruption due to fear of retaliation

Havolli noted that lack of reporting also happens due to the involvement of businesses in corruption themselves. According to Havolli, the legal framework which regulates business activities, which now includes the Law on Protection of Whistleblowers, provides legal protection to persons who report corruption, thus facilitating this process. Furthermore, he also spoke about public procurement, which has undergone digitalization processes, having a positive impact on increasing transparency and minimizing opportunities for corruption.

Artan Canhasi, Component Lead and Civil Society Strengthening Specialist at USAID Program for Transparent, Effective and Accountable Municipalities, described the findings of the study on the perception of corruption as very true and relevant while adding that the COVID-19 pandemic period and the reforms implemented in activities such as public procurement have had a very positive impact on reducing corruption at a municipal level, as well as increasing transparency regarding procurement process, which accepts a high number of applicants, and presents many  difficulties in terms of treating them properly. Canhasi also mentioned the need to raise awareness regarding the digitalization of public procurement, and increase the cooperation between institutions involved in procedures such as tender selection, while emphasizing the need for unification of the business community to raise its voice against corruption. Finally, Canhasi called on businesses to report corruption cases, and to also have confidence in state institutions.