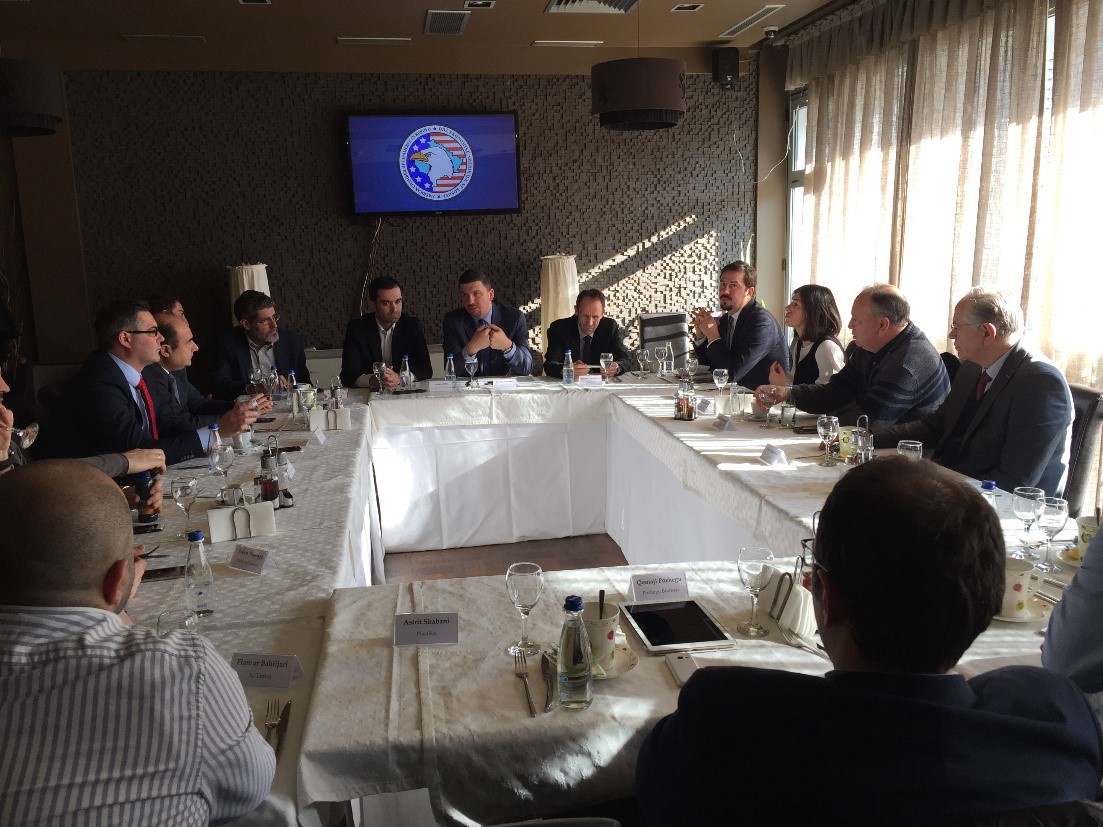 Prishtina, February 16, 2017 – The American Chamber of Commerce in Kosovo organized a round table with Minister of Agriculture, Forestry and Rural Development Memli Krasniqi, on focus of which were the latest developments in the agriculture sector, challenges AmCham members deal with and continued support of respective ministry, necessary to develop this sector.

Minister Krasniqi discussed the importance of agriculture sector to economic development, the development of which affects employment, productivity and general economic growth, thus emphasizing the role agriculture has on employment, considering that 25% of jobs in Kosovo are from agriculture. Throughout the round table, Minister Krasniqi mentioned also subsidies and grants, the request for which are increasing from year to year, which indicated that there is more development in sectors and sub sectors of agriculture.

Moreover, Minister Krasniqi has mentioned some other important developments that help agriculture such as the case of creation of a master plan, which includes a comprehensive study of all irrigation potentials in Kosovo, Rural Development Program which aims increase of competitiveness of agriculture sector, improvement of lives of residents, new job creation and general economic development of the country as well as many other developments that positively impact this field. Priority for this Ministry remains substitution of import, said among others Minister Krasniqi.

In this even, were addressed also other issues from AmCham members such as access to farmers database, particularly important for the banking sector, integration of information technology in agriculture sector, extension of irrigation system, as AmCham Executive Director Arian Zeka, among others commended Ministry of Agriculture, Forestry and Rural Development for continues support of agriculture sector that has resulted in concrete results.