Ambassador Grenell: Business community has an important role to play in Kosovo-Serbia dialogue 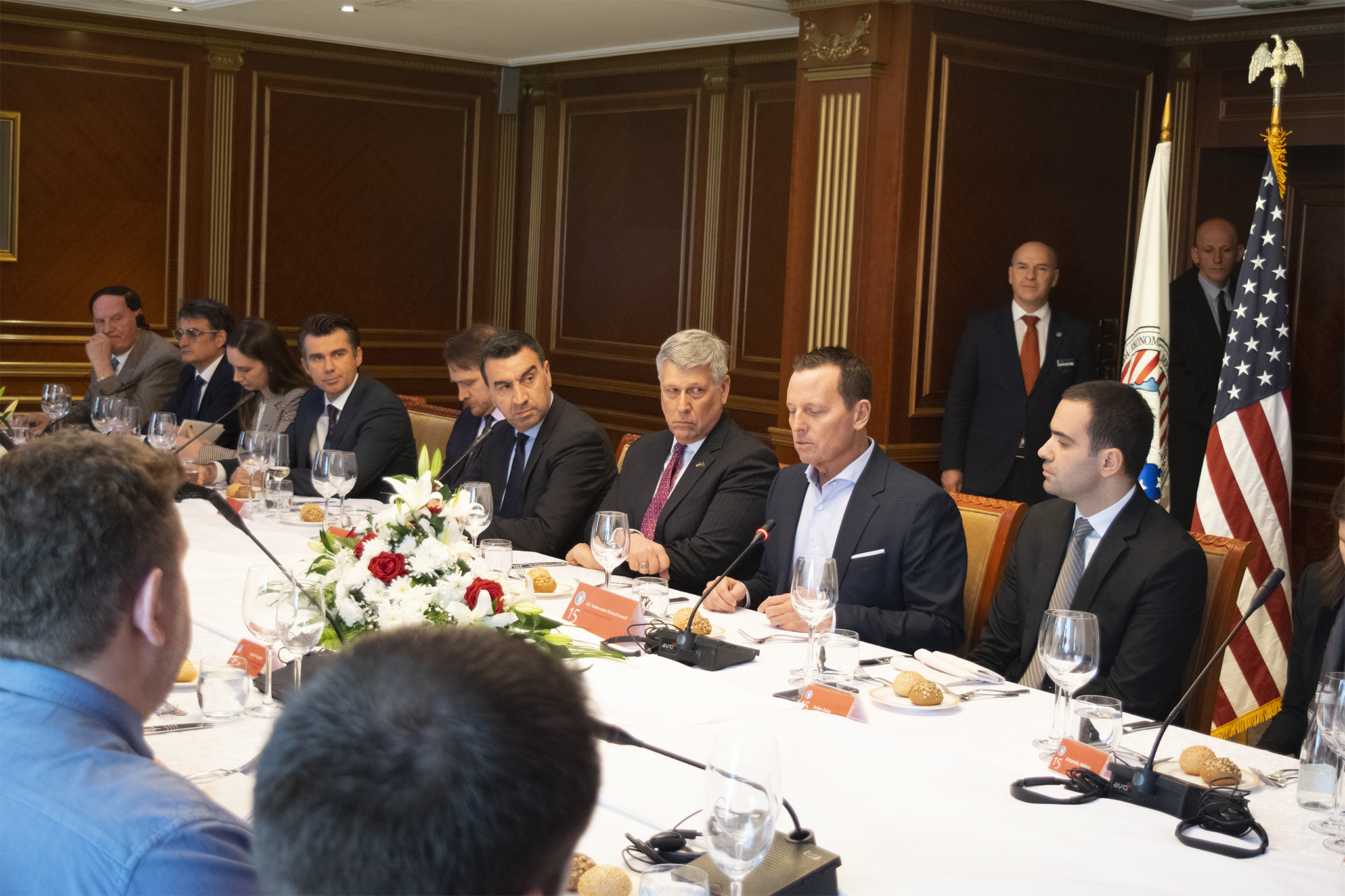 Ambassador Grenell: Business community has an important role to play in Kosovo-Serbia dialogue

Prishtina, January 23, 2020 – Resolution of the outstanding political issues between Kosovo and Serbia would help both countries in terms of economic development and job creation, and the business community should play a more active part in bringing the two sides to a final agreement. This was a key message of the U.S. Special Presidential Envoy for Serbia and Kosovo Peace Negotiations, Ambassador Richard Grenell, during a January 23 meeting with AmCham Kosovo’s business representatives.

Ambassador Grenell stated that the Trump Administration is highly focused on working with the business community to facilitate U.S. job creation, and is equally convinced that the business community is the most important part of solving the Serbia-Kosovo problem. He said that President Trump encouraged him to take the Trump Administration’s energy on economic job creation and try to infuse it into the Serbia-Kosovo dialogue, because businesspeople are going to be the ones that create the excitement and new job opportunities that will ultimately give young people the reason to stay in Kosovo.

He emphasized that the politicians have got to get out of the way, adding that his idea of Kosovo-Serbia commercial flights derived from a similar meeting with businesses, not from his engagement with politicians.

He thanked the American Chamber of Commerce in Kosovo for recognizing from the beginning the importance of a vibrant private sector for sustained economic growth and job creation.

Finally, Ambassador Grenell encouraged all parties to look to the future rather than the past and emphasized that vibrant business communities in Kosovo and Serbia are key to creating a better future for the people of both countries.

AmCham business leaders highlighted the importance of a final agreement between Kosovo and Serbia that would clear the way for economic development, including resolution of all the trade barriers and transportation-related issues.  They cited examples of possible projects that would include, but not be limited to, improved highway and rail connections between the two countries, as well as implementation of integrated border management and mutual recognition of documentation and procedures.