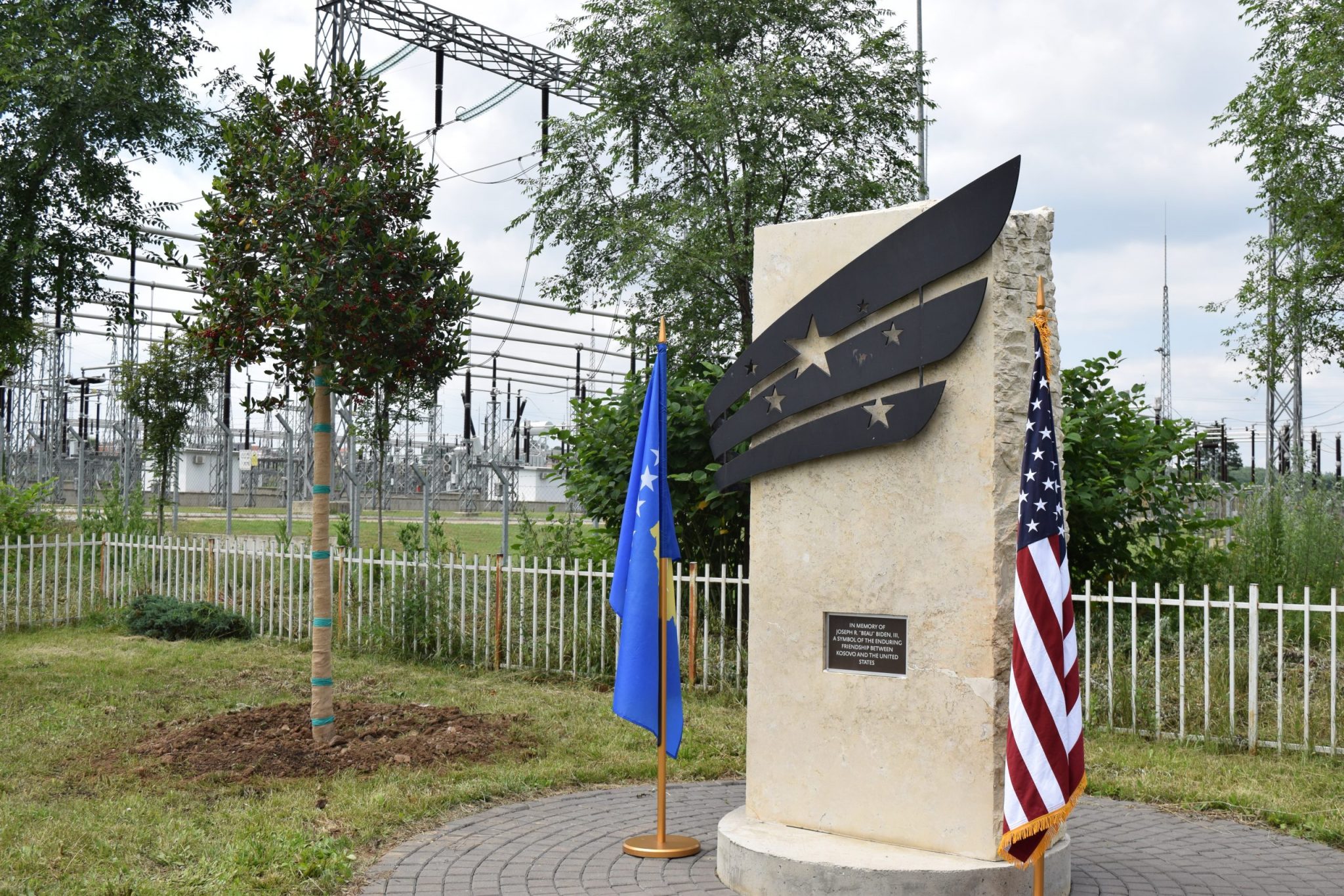 Sojeva, July 4, 2020 – In honor of the 244th anniversary of the Independence Day of the United States of America, the American Chamber of Commerce in Kosovo and Al-Trade Center planted a tree at the monument of Beau Biden, the son of the former U.S. Vice President, Joe Biden.

AmCham’s Executive Director, Arian Zeka, stated that Kosovo’s freedom and independence are closely linked to the lasting friendship with the United States of America.

“There is no better way to mark the 244th anniversary of the Independence of the United States of America than by remembering those who have contributed to the strengthening of the state of Kosovo and its rule of law sector, as is the case with Beau Biden,” stated Zeka. He thanked Al-Trade Center for the initiative and contribution.

Al-Trade Center Deputy General Manager, Argtim Çelaj, said that the United States of America are the root of Kosovo’s freedom, so in this initiative with AmCham they have decided to name the tree they planted “Freedom Tree”. According to Celaj, it is a special honor for Al-Trade Center to invest in such activities.

The Agency for the Management of Memorial Complexes has announced that from next year this monument will fall under their protection.