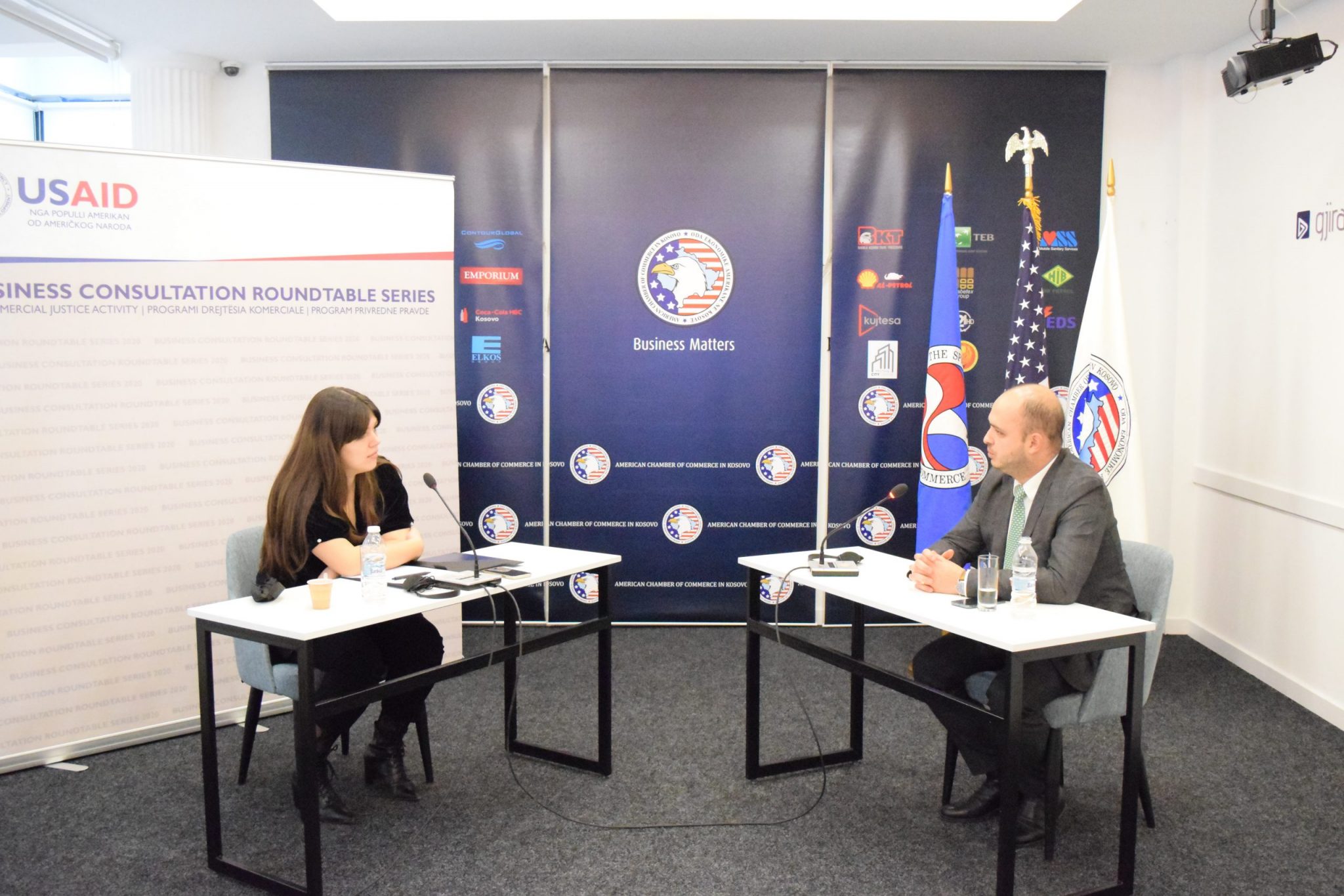 Prishtina, December 14, 2020 – The American Chamber of Commerce in Kosovo in cooperation with USAID Commercial Justice Activity Program are organizing the Commercial Justice Days: Arbitration in Focus activity during which a series of virtual events is going to take place, with purpose of awareness raising of businesses on alternative resolution mechanisms of commercial disputes.

The very first event was focused on the development of arbitration in Kosovo, and the benefits it brings to businesses, as well as the economic growth.

USAID CJA Program Chief of Party Christopher Thompson said that this program in collaboration with arbitration centers in the country are supporting the improvement and development of the commercial dispute settlement legislation, through alternative methods, namely through arbitration and mediation, which will among others help improve the investment environment as well. Thompson said that having in mind the backlog of courts, bureaucratic processes and lengthy settlement of disputes in courts, arbitration provides numerous benefits and facilities in overcoming the barriers towards a final resolution of disputes between the parties.

Talking about the establishment of the Commercial Court, Thompson emphasized that arbitration does not hinder the future operations of the court, nevertheless it cooperates with it and facilitates its work, thus enabling a more comprehensive service for the business community in Kosovo. He emphasized that there is limited knowledge on alternative dispute resolution methods, emphasizing the need for continuous awareness raising on arbitration and other more time and cost efficient methods. Finally, he recommended the inclusion of arbitration clauses in the interparty agreements.

Ardi Shita, attorney at law and Member of the Steering Council of AmCham Kosovo Arbitration Center emphasized that the considerable progress marked over the years in Kosovo over a functional arbitration and mediation system. According to him, despite the fact that larger contracts with more serious investors in principle end up in arbitration because of the arbitration clauses included in these agreements, this practice needs to be established within smaller amount commercial disputes.

Shita emphasized that thanks to the continuous efforts of arbitration centers, such as AmCham Kosovo Arbitration Center, a considerable progress was marked on inclusion of the arbitration clause, which will necessarily impact the dispute settlement as well.

In addition, Shita emphasized that the Commercial Court poses an important initiative in the country and that it should be addresses with urgency because of the unstable political situation. He emphasized that Kosovo recognizes and executes all arbitration decisions including the international ones.

The events to take place during the four other days of the commercial justice activity will feature panel discussions on other industry specific arbitration-related topics.