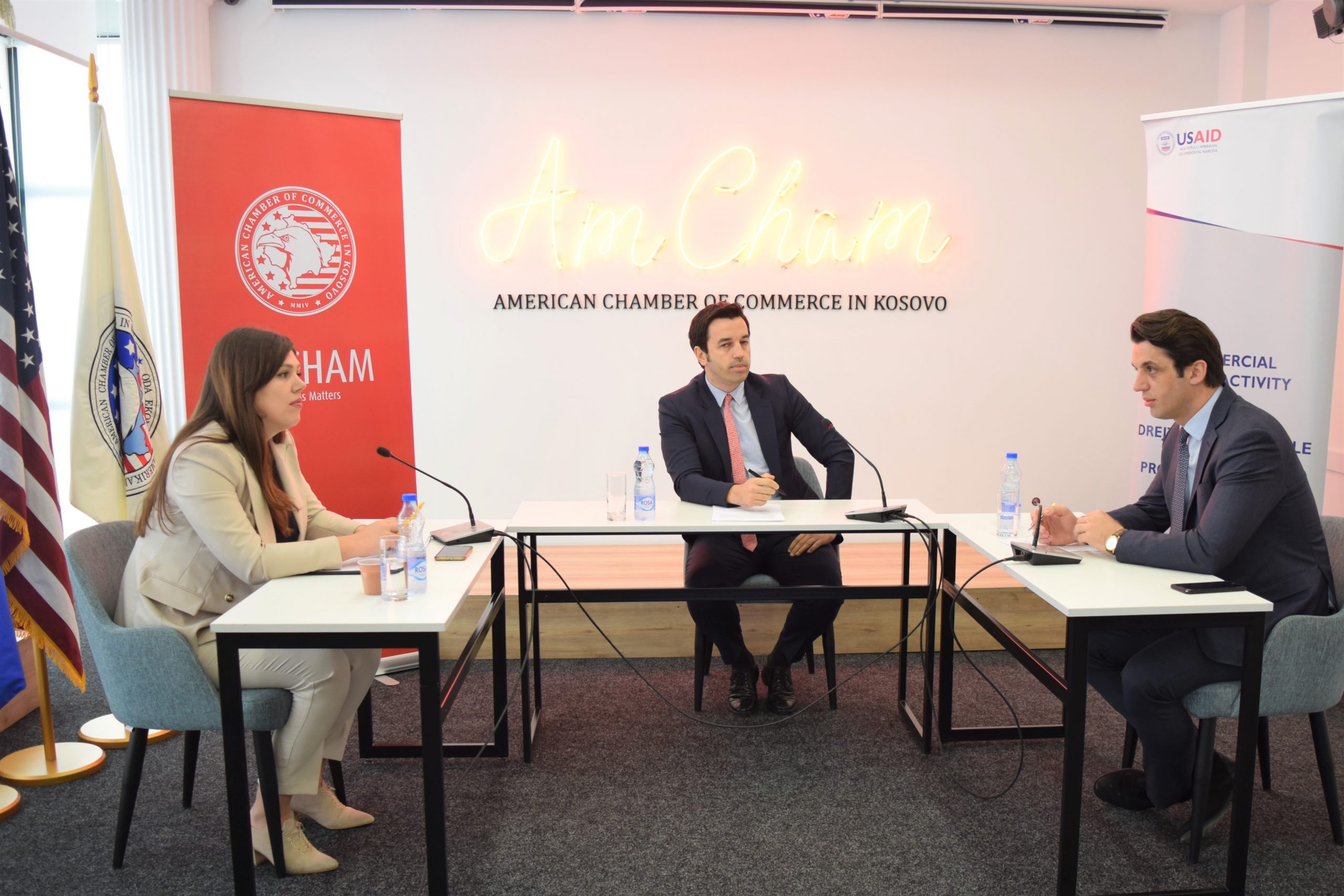 Prishtina, March 30, 2021 – The American Chamber of Commerce in Kosovo and USAID Commercial Justice Activity have begun Arbitration Week, with the goal of promoting arbitration as a fast and effective alternative method for resolving commercial disputes. This week will be marked through virtual forums that address a variety of arbitration-related topics, such as third-party funding, arbitration in developing countries, and low-cost arbitration.

This week’s opening event addressed the topic of third-party funding for businesses interested in choosing arbitration, with a panel of lawyers and arbitrators from Kosovo, the U.S., the UK, and Turkey. This event was moderated by the Secretary-General of the Arbitration Center of the American Chamber of Commerce in Kosovo, Tea Blakaj-Hoxha.

As a panelist, Attorney Fisnik Salihu from RPHS Law noted that in Kosovo the court still enjoys the primary role in resolving commercial disputes, while there are a number of cases awaiting its decision, and the average time for resolving a case is from three to five years. According to Salihu, despite the fact that the business community usually has reservations about the inclusion of arbitration clauses in contracts, there has recently been an increased interest in this process, given that arbitration is a much faster, effective, and professional mechanism for commercial disputes resolutions compared to the court.

Whereas, Attorney Taulant Hodaj from Hodaj&Partners, added that in general arbitration helps the Kosovo system and it should be promoted as much as possible. Although according to Hodaj the practice of arbitration is still new in the country, the benefits of this mechanism are numerous, especially given the fact that arbitrators are professionals and experts in relevant matters, and are not general judges.

Another member of this panel was Ayse Lowe, Director at one of the largest and leading litigation funders in London, Bench Walk Advisors, who spoke on various aspects of third-party funding, noting that the use of the latter is on the rise especially in cases of arbitration. Lowe described third-party funding as a very important opportunity, which enables everyone to access justice.

At last, Jason Emert, Attorney, and President of U.S. Company Emert Group, as well as to Arbitrator at AmCham Arbitration Center, re-emphasized the benefits of arbitration for resolving commercial disputes, and the importance of third-party financing for arbitration costs.