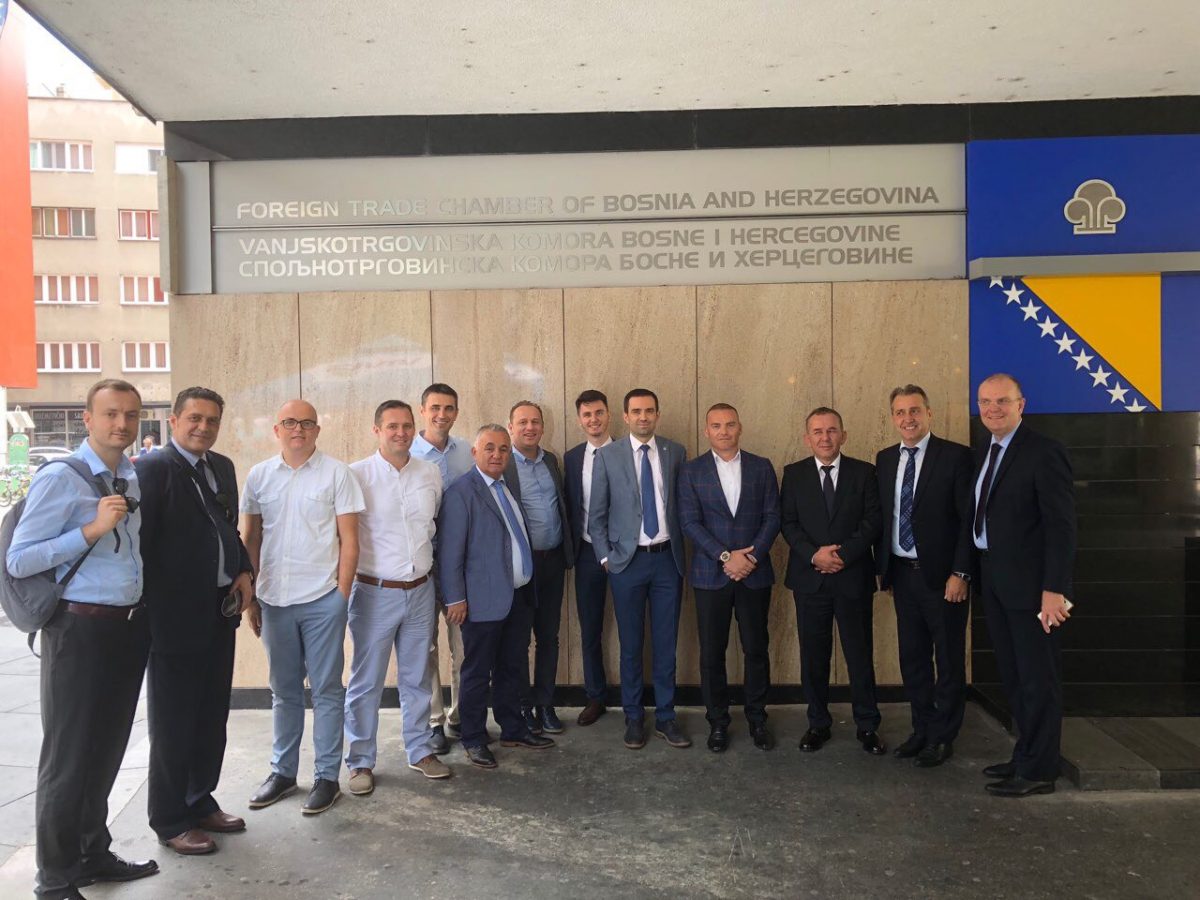 Sarajevo, July 29, 2018 – On the occasion of the fifth anniversary of building partnership agreements with the Chamber of Economy of Bosnia and Herzegovina, a delegation from the American Chamber of Commerce in Kosovo visited Sarajevo and had business-to-business meeting with the members of the hosting Chamber. The event was planned for producer and trade companies from Kosovo.

AmCham Executive Director, Arian Zeka, and President of the Chamber of Economy of Bosnia and Herzegovina, Mirsad Jasarspahic, addressed businesses present in this event from Kosovo and Bosnia, whereas the discussion was mainly focused on increasing the trade cooperation between both countries and removing barriers of free movement of goods and citizens.