AmCham Elects new Board of Governors 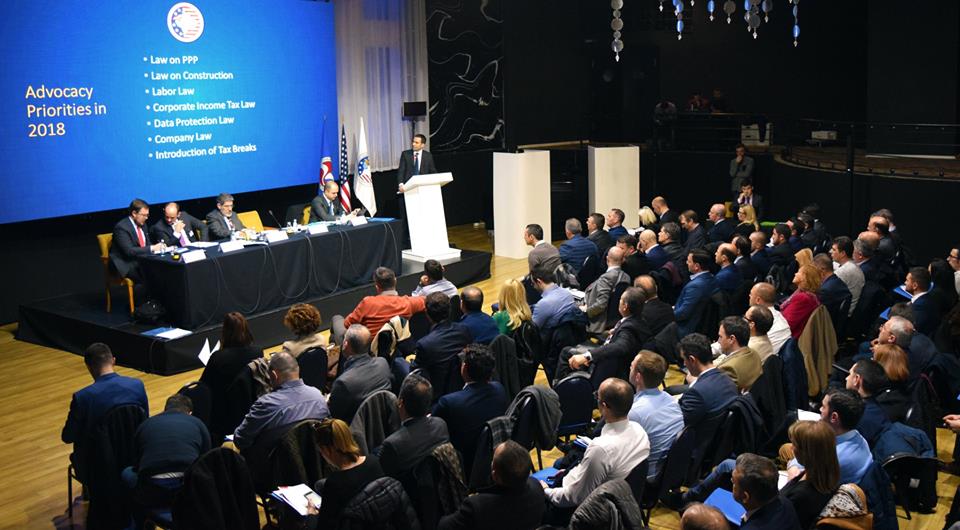 AmCham Elects new Board of Governors

Prishtina, January 18, 2018 – The American Chamber of Commerce in Kosovo held its annual General Assembly Meeting in which in addition to the approval of the Annual Program and Supporting Budget, it also elected 11 new members of the Board of Governors.

Vice President of the American Chamber of Commerce in Kosovo, Michael Gold said that the organization remains one of the most powerful business associations in the country, providing its special contribution to the improvement of the doing business environment, but also being active in corporate social responsibility. During the presentation of 2017 report of activities, AmCham Executive Director Arian Zeka, presented the achievements of the organization in the recent year, which rank AmCham Kosovo, among top ten AmChams in Europe.

In his inauguration speech, Ilir Ibrahimi, President of the Board of Governors, thanked the previous Board for its excellent work and ensured the members that AmCham will remain a powerful voice of businesses, in service of their interests. He invited member of AmCham to be more active in addressing various issues they face with, in order for them to be addressed to the respective institutions. He also thanked the Executive Director Arian Zeka for his work in developing and growing the organization. He expressed his wish for this trend to continue in the future as well.