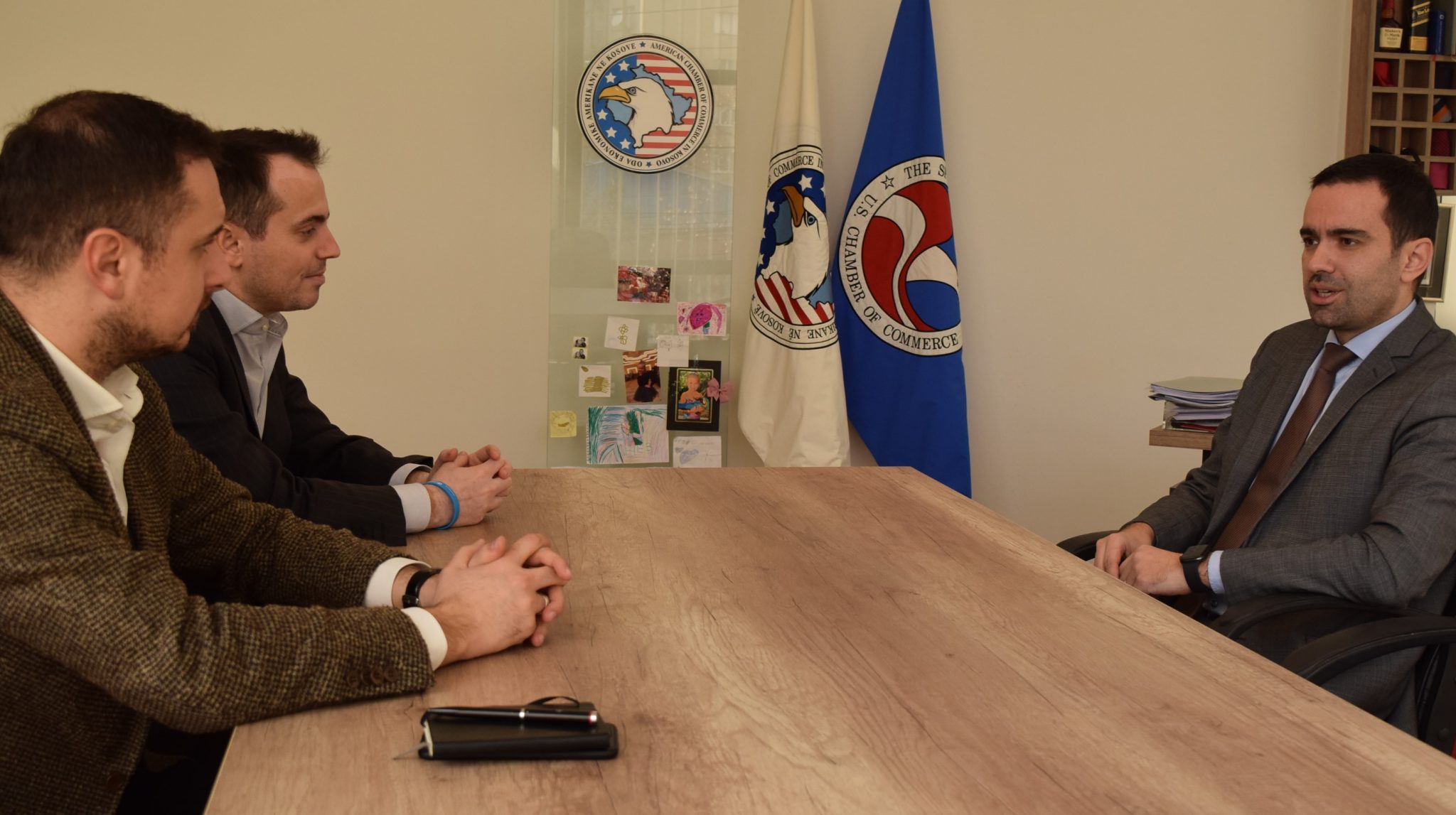 Prishtina, February 27, 2019 – The American Chamber of Commerce in Kosovo hosted representatives of the River Styxx Capital fund headquartered in Sofia, Bulgaria, led by Elvin Guri who is also a well-known investor from Albania operating in Bulgaria.

The meeting was focused on the interest of River Styxx Capital to invest in Kosovo in various sectors with great opportunities for investments.

AmCham Executive Director, Arian Zeka, welcomed Mr. Guri and his company’s interest in investing in Kosovo also, considering that the presence of this company in the Albanian telecom is highly positive for the entire region.

River Styxx Capital has recently expanded also in the telecom sector of Albania after reaching an agreement of buying Telekom Albania.