AmCham informs “The Heritage Foundation” with the business environment in Kosovo 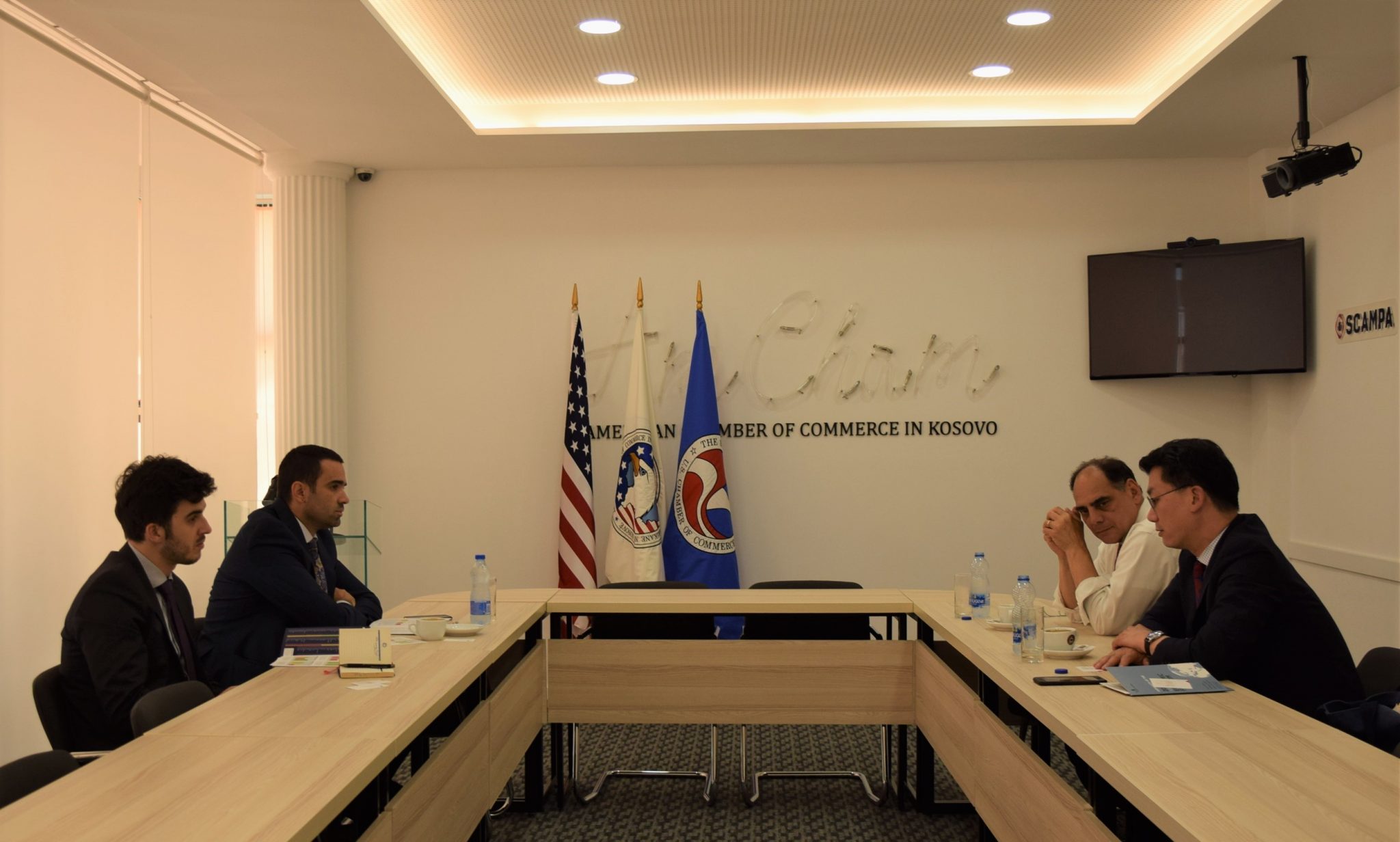 AmCham informs “The Heritage Foundation” with the business environment in Kosovo

Prishtinë, July 17, 2018 – The delegation from the US organization “The Heritage Foundation” with Vice President James Jay Carafano and Anthony Kim, Research Manager and Editor of Economic Freedom from Davis Institute for National Security and Foreign Policy, visited the American Chamber of Commerce and discussed the business environment and investments in Kosovo as well as cooperation possibilities between both institutions in the future.

AmCham Executive Director, Arian Zeka, informed the delegation with the American Chamber of Commerce’s contribution in improving the business environment in the country and its efforts in urging economic cooperation between US and Kosovar businesses.

He explained that Kosovo still struggles in attracting foreign direct investments, despite its efforts and reforms made during the last few years, and that more still needs to be done.

On the other hand, the delegation from “The Heritage Foundation” unfolded the data from the Global Index of Economic Freedom, which evaluates 180 countries worldwide based on various economic indicators. During 2018, Kosovo was ranked the 56th, whereas the index which evaluates economic freedom ranked Kosovo better than most of the Western Balkans countries, such as Albania, Montenegro, Serbia, and Bosnia and Herzegovina, and also other more developed countries like France, Turkey, Slovakia, Slovenia, Croatia, and Italy.

However, the publication shows that Kosovo must improve its rule of law performance in order to achieve a satisfactory performance in the upcoming years.

Both organizations agreed on increasing the cooperation in the future in organizing common events and sharing information on business environment and investments in Kosovo for US businesses.