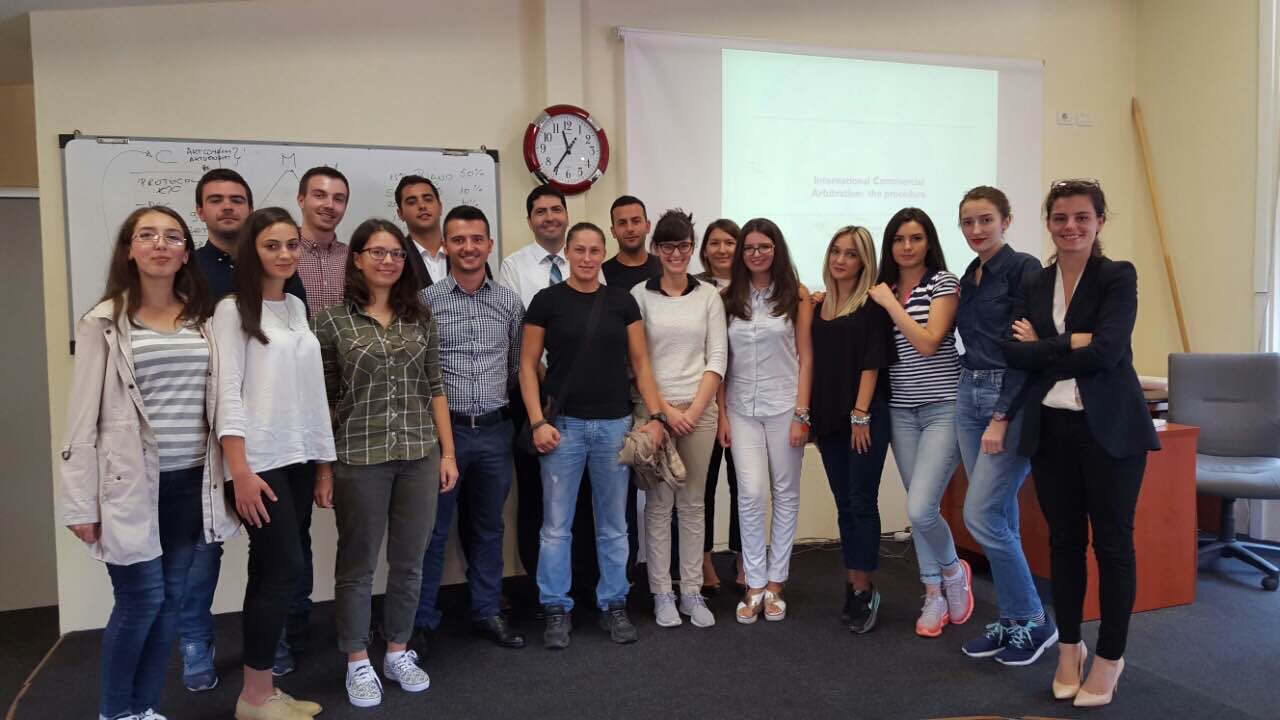 Prishtina, September 13, 2016 – Arbitration Center at the American Chamber of Commerce in Kosovo in cooperation with RIT Kosovohas organized for the first time the Arbitration Academy on International Arbitration Procedures. Anjeze Gojani from AmCham Kosovo said that through Arbitration Academy students have an opportunity to learn more about alternative dispute resolution procedures through arbitration and mediation mechanisms.

Whereas, RIT Kosovo Vise president said that Kosovo offers students different education systems, in order for students to develop their communication skills and other skills that help them prepare for the labor market. Furthermore, Cosentino added that RIT Kosovo will continue to partner with AmCham Kosovo and USAID in support of such initiatives.

Miranda Jolicoeur, Deputy Director at USAID Office for Democracy and Governance praised the willingness of the new generation to learn more about arbitration, thus considering arbitration as a key mechanism in commercial dispute resolution between businesses. Jolicoeur emphasized that arbitration is a key component of USAID mission in Kosovo for rule of law and economic growth. Furthermore, Jolicoeur expressed USAID willingness to continue to support AmCham Kosovo or any other institution on initiatives of this kind.