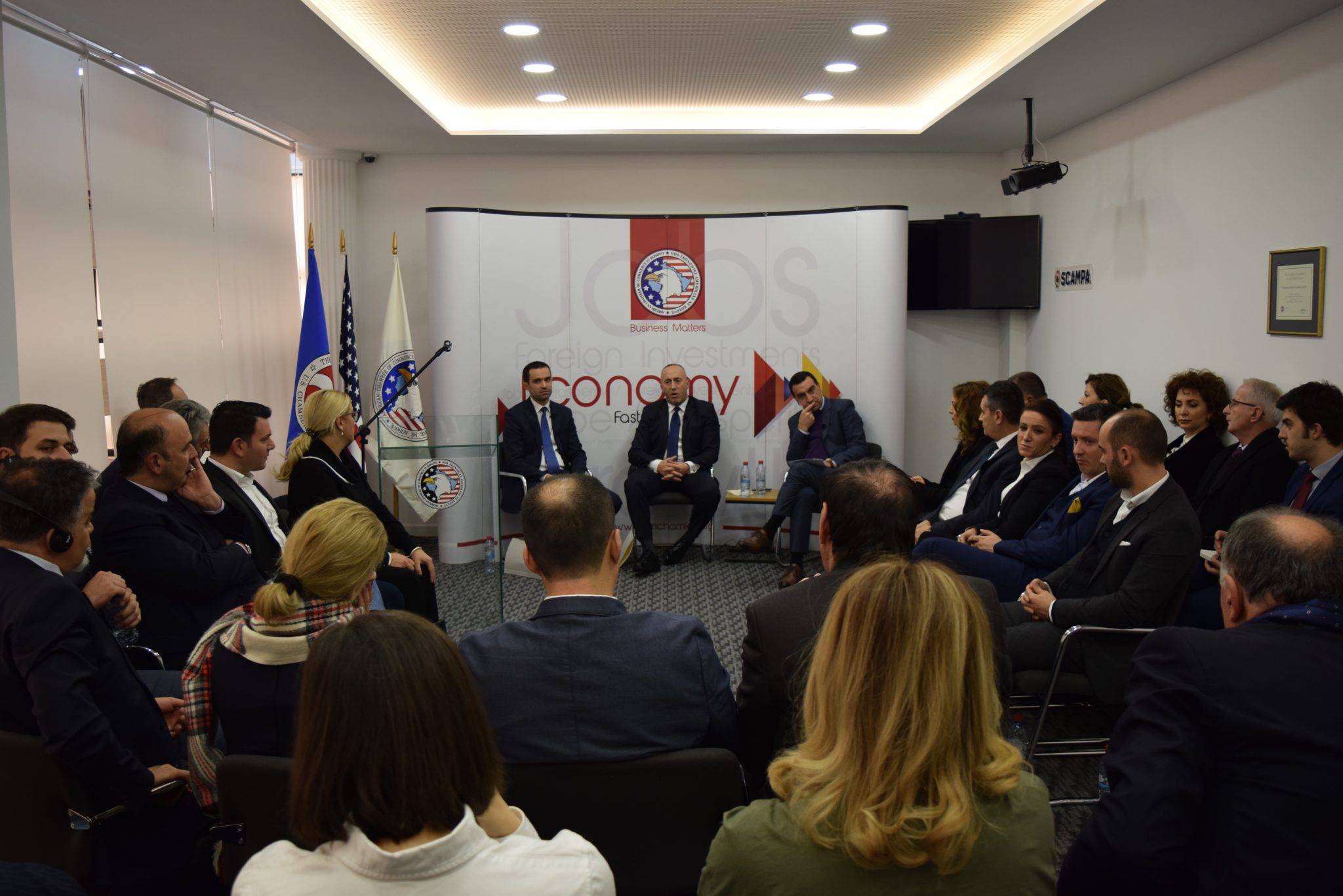 Prishtina, January 10, 2019 – Despite the fact that during 2018 many reforms were made in the environment of doing business as well as providing tax incentives for businesses in the country, economy will remain the main priority of the Government of Kosovo during 2019. This was said today during the roundtable organized by the American Chamber of Commerce in Kosovo with the Prime Minister of the Republic of Kosovo, Ramush Haradinaj, where it was mainly discussed about the economic development of the country and also the future steps in improving the business environment.

President of AmCham Board of Governors, Ilir Ibrahimi, said that AmCham has welcomed the fiscal reforms during 2018. He expressed AmCham’s readiness in increasing cooperation as well as presenting recommendations in further facilitating the process of doing business in Kosovo.

Prime Minister of the Republic of Kosovo, Ramush Haradinaj, said that the main priority of the Government during 2019 will be the economic development of the country, adding that they have chosen AmCham the starting point in accomplishing this priority. He said that fiscal reforms in the environment of doing business will be further advanced during this year, mentioning the need to increase the dialogue between the public and private sectors as an essential factor in attaining economic development in the country. Prime Minister Haradinaj mentioned the paramount importance of further developing the Special American Economic Zone which will result in numerous foreign direct investments in the country. Further on, he added that the Government of Kosovo will work on facilitating legal procedures that directly affect the development of businesses, while thanking AmCham for its readiness on continuous dialogue and cooperation in this regard.