AmCham members meet with the Mayor of Prishtina Municipality 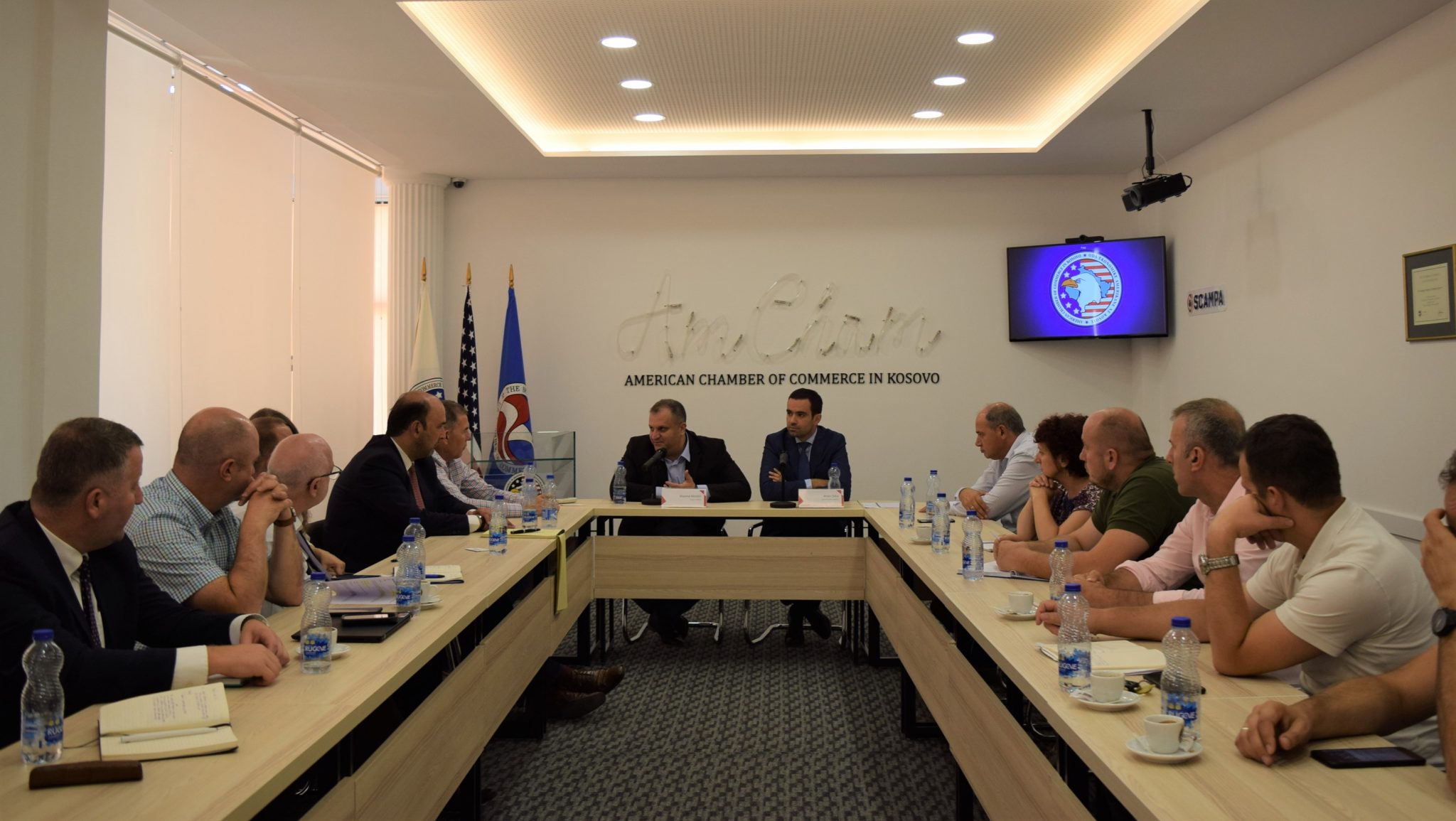 AmCham members meet with the Mayor of Prishtina Municipality

Prishtinë, July 23, 2018 – The American Chamber of Commerce in Kosovo organized its next event with the Mayor of Prishtina Municipality, Mr. Shpend Ahmeti, aiming on informing AmCham business members with the plans of the Municipality in developing the city and also with the achievements made so far in numerous sectors of economy.

In addressing the business representatives, Mr. Ahmeti mentioned that Prishtina Municipality has initiated and applied various projects which aim on improving the social and legal aspect in the city.

Mr. Ahmeti stressed the importance of implementing the project for underground parking worth 12-15 million euros which comes as a result of public-private partnership. Mr. Ahmeti said that this project not only strengthens the cooperation with the private sector but it also results directly in a lower number of vehicles in the city which result in environment implications and prevent citizens from walking freely on their sidewalks.

Besides investments in infrastructure, Ahmeti informed the attendants with the main plans on focus during the next three years which include developing the zonal map which foresees creating a favorable environment on developing the city, further developing the services sector as an indicator of economic growth, and also building five (5) primary schools in various neighborhoods in Prishtina, their physical infrastructure being developed from the public-private partnership. Ahmeti also said it is necessary to increase the capacities in the service sector since there is a high level of demand for services. Related to the legal aspect, Ahmeti also mentioned the need for taking action on maintaining order in the community, mentioning the initiative on monitoring the traffic with cameras and other tech equipment which would reduce illegal parking and driving over speed limits.

Further on, present businesses addressed issues that affect their business operations and also the actions taken by the Municipality on improving the environment of doing business and the overall environment. Amongst others, primarily it was discussed about the initiative on allowing the imports of vehicles older than ten (10) years which affects the environment negatively and results in health implications.