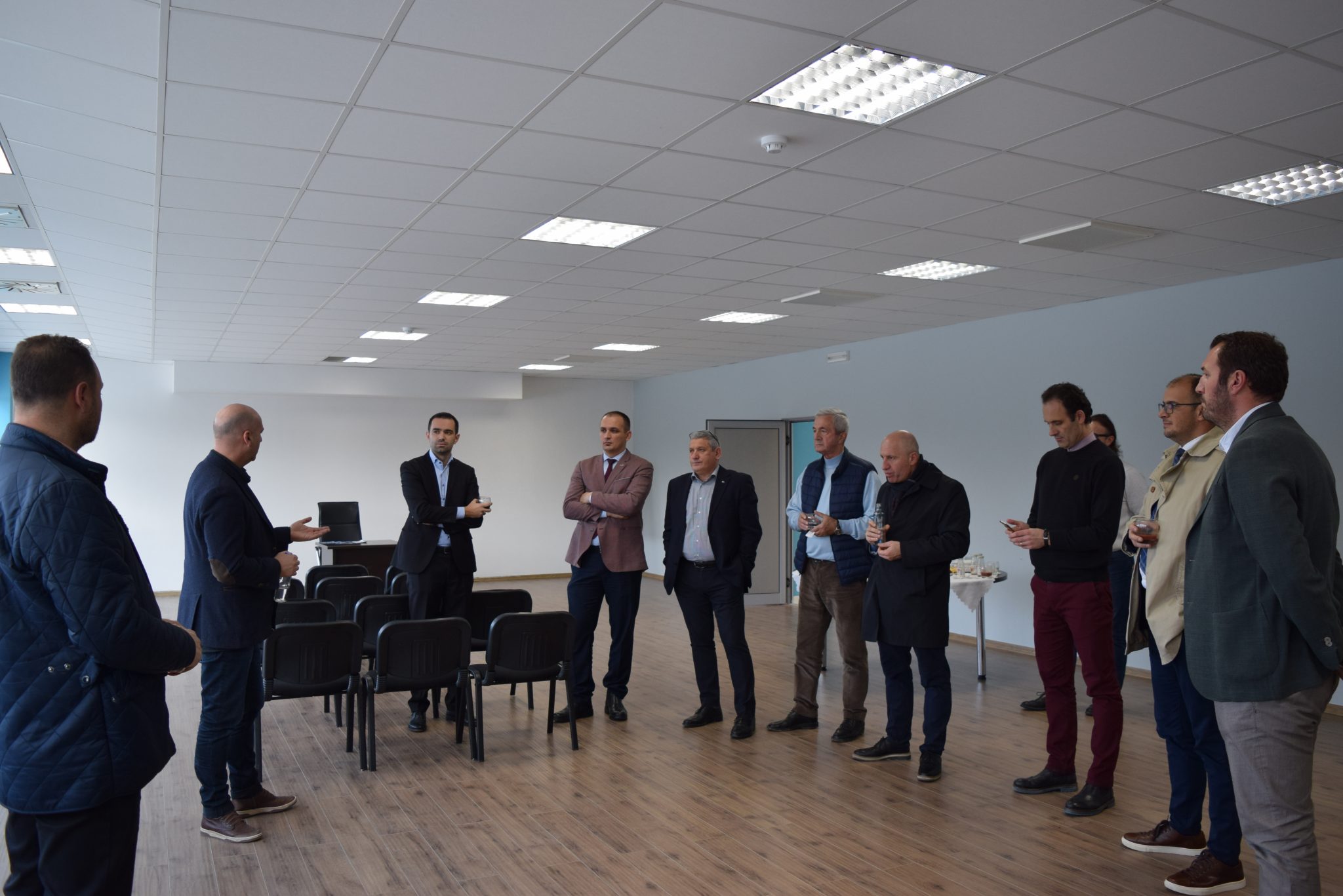 Prishtinë, December 11, 2018 – The American Chamber of Commerce in Kosovo organized the event “Meet the Member” with the pharmaceutical company Trepharm, where the member companies were informed about the history of its establishment and the success achieved by the company.

Mergim Prishtina, Executive Director of Trepharm, informed the business representatives about the establishment of the company dating from 2009, but also with the challenges they faced during these years. He showed them the working environment in Trepharm where the attendants had the opportunity to see closely the production process of pharmaceuticals, the packaging, export procedures, etc.

Prishtina also added that the medicine produced by the company is now being exported in international markets such as Europe, Middle East, whereas in the near future they are also going to expand in many other countries.

“Meet the Member” is an activity that AmCham introduced this year, with the aim of giving our members the opportunity to create new contacts and become acquainted with the work of our members.