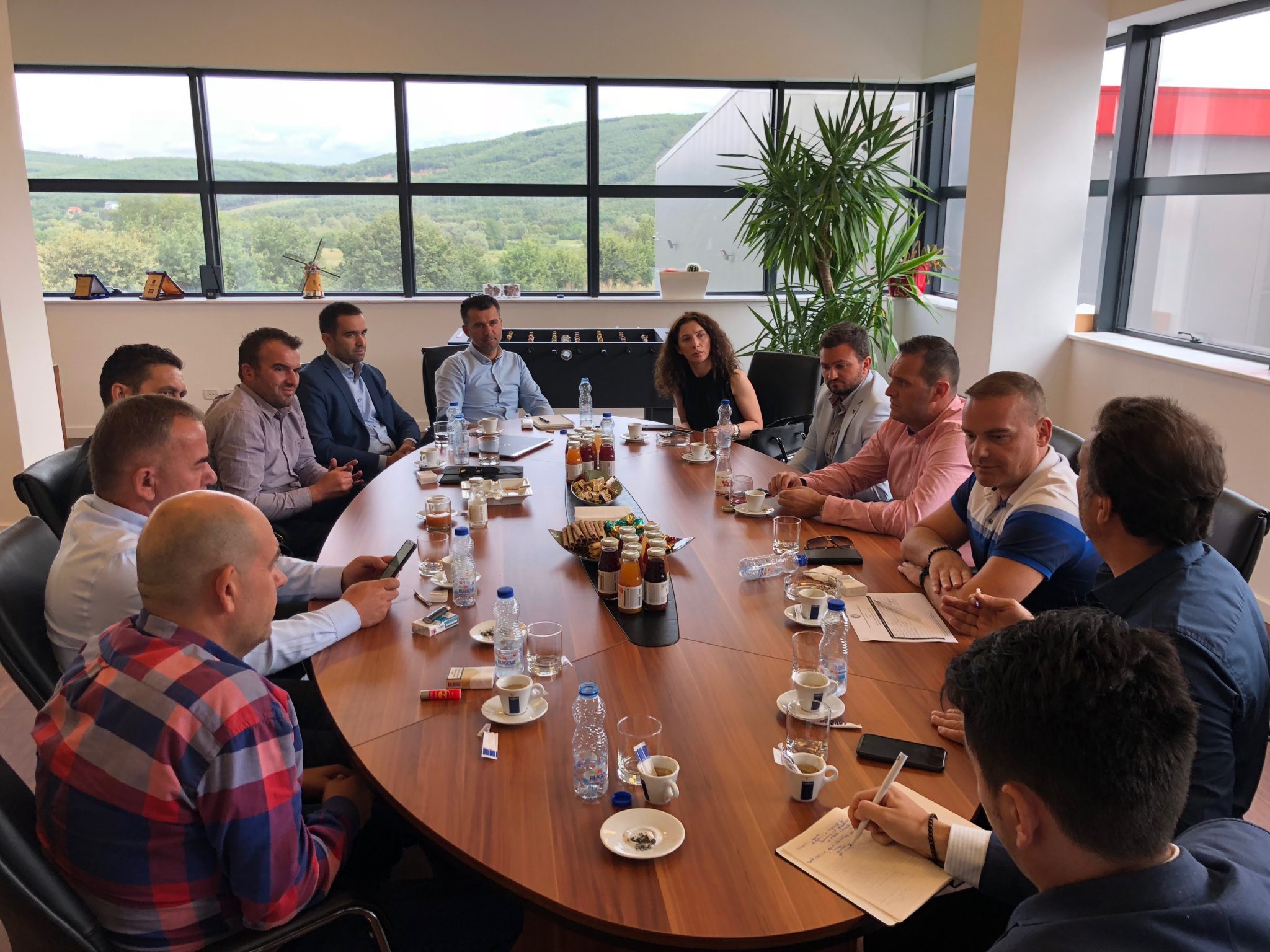 Kaçanik, September 5, 2018 – Electricity, financial support for the manufacturers, and lack of adequate labor force, are the main challenges the manufacturers in our country face and which need to be further addressed by the relevant institutions in Kosovo. This was said today during the meeting of the Manufacturing Committee of the American Chamber of Commerce in Kosovo held in “KIVO” headquarters in Kaçanik.

Manufacturing companies discussed about the importance of economic diplomacy in promoting the local industry by empowering the capacities of the officials of the Republic of Kosovo who serve in diplomatic missions worldwide. Further on, the discussion was also focused on better utilizing  potential trade partnerships with the European Union member countries within the Stabilization and Association Agreement, but also the preferential trade status with the United States of America which allows manufactureres to export various goods in USA being exempted from customs duties. Visar Ramajli, Secretary General of AmCham’s Board of Governors, and Arian Zeka, AmCham Executive Director, were also part of this meeting.

The Manufacturing Committee elected Kujtim Gjevori from “SCAMPA” as the new chairman of the committee for a one-year mandate, who pledged to be actively committed on addressing issues identified by the members of the committee.