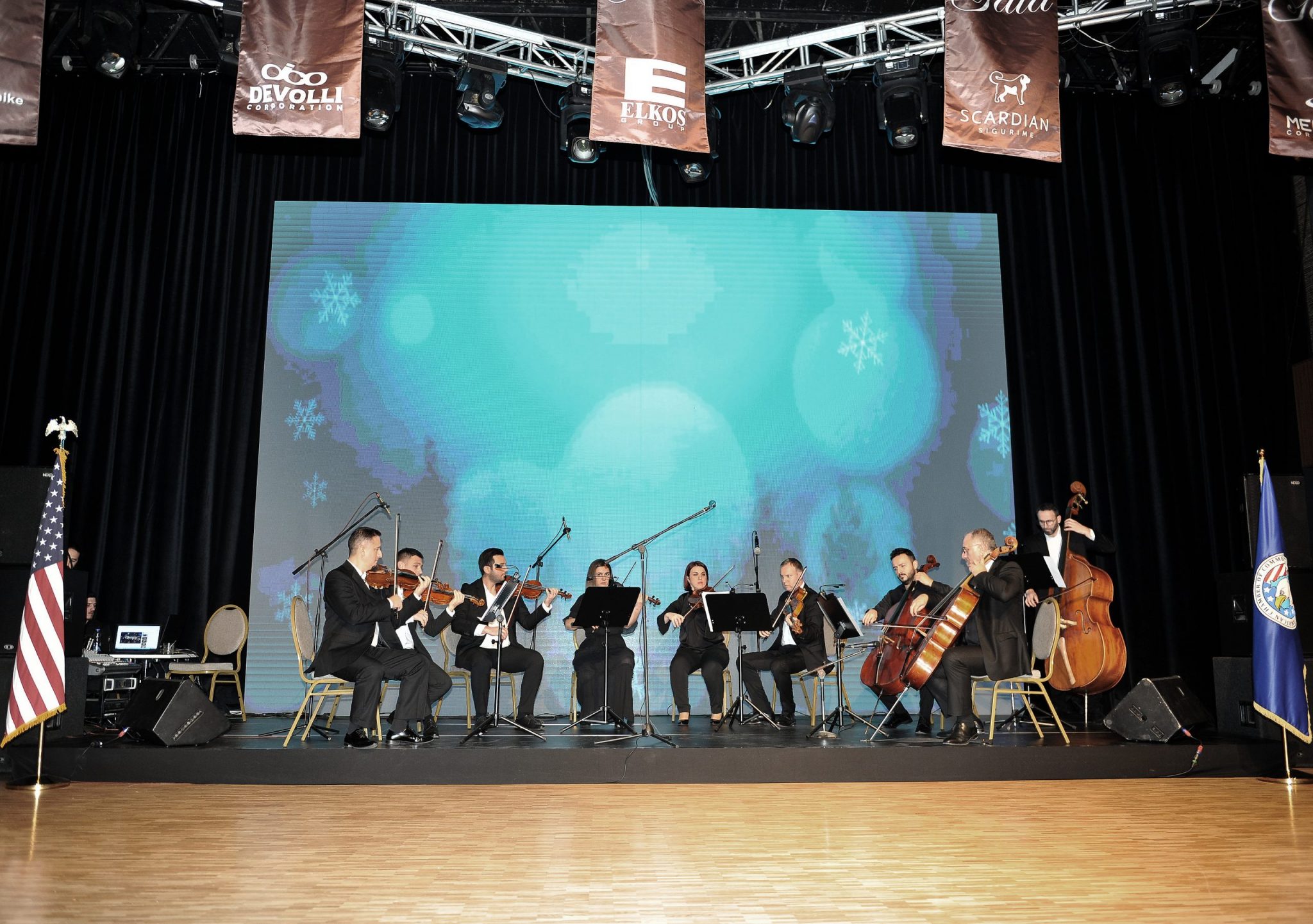 Pristina, December 9, 2022 – The American Chamber of Commerce in Kosovo organized the Charity Gala Dinner, a traditional event in which 417 people participated this year. The Ambassador of the United States of America, Jeffrey Hovenier, delivered the keynote speech, thanking, among others, the companies for their generous donations in support of the causes selected this year by the AmCham. Among the special guests were the Deputy Chief of Mission of the American Embassy in Pristina, Alyson Grunder, the Head of the Economic and Political Section of the Embassy Rallan Hill, the Head of the USAID Economic Growth Office Joshua Mike, as well as the Executive Director of the American Chamber of Trade in Albania Neritan Mullaj. During the dinner, a mini concert was organized by a string ensemble, while the main artistic performance this time was also provided by the String String group. This year’s Gala Dinner was the first after a two-year interruption due to the COVID19 pandemic and was held at Klan Arena.