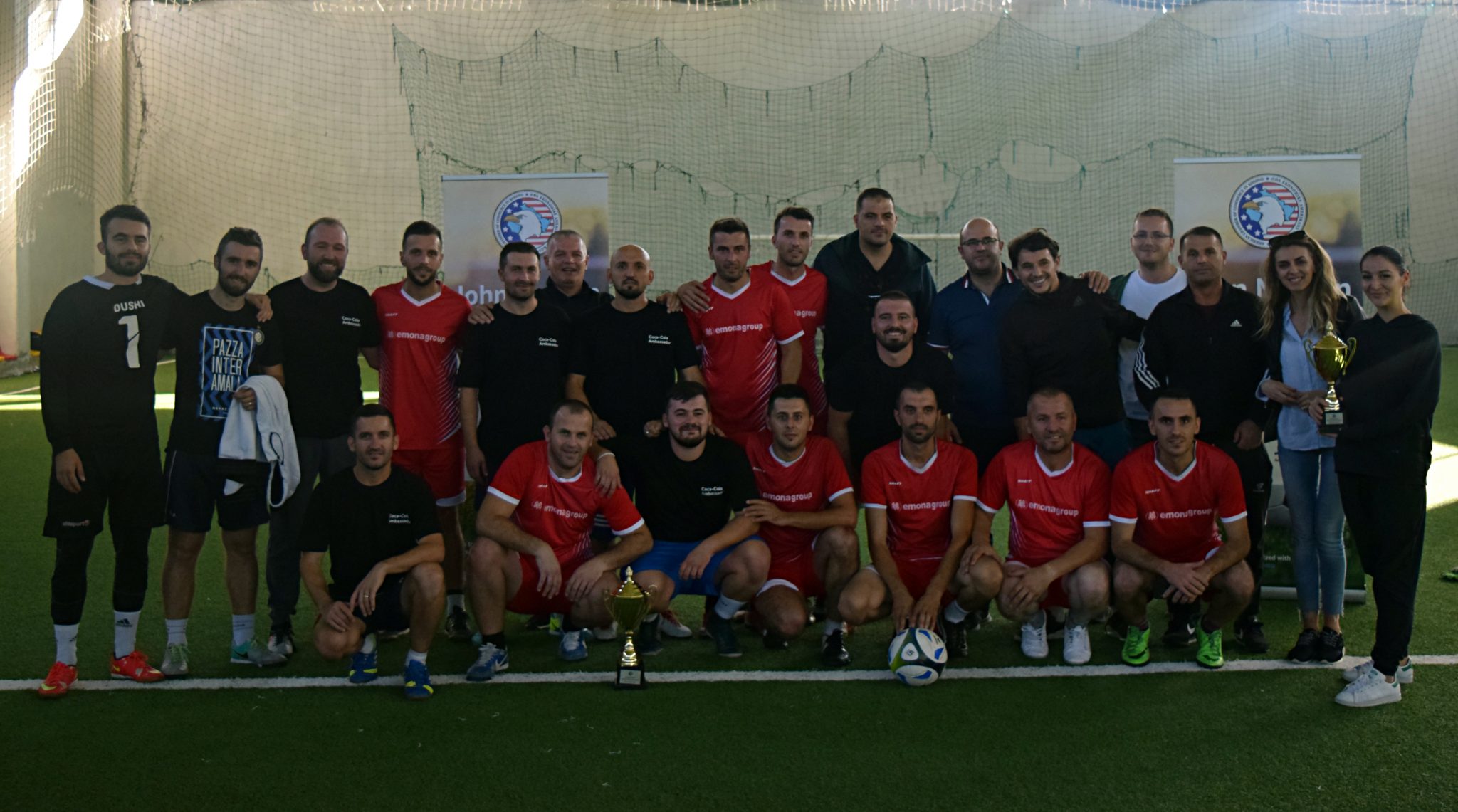 Prishtinë, 28 Shtator, 2019 – The American Chamber of Commerce in Kosovo organized the annual charity football tournament, John McCain, which in addition to its philanthropic intentions also aims to honor the friendship between the United States of America (USA) and Kosovo.

This sports event hosted 18 member teams, all of which gave a financial contribution to increase the funds that AmCham Foundation dedicates to persons or organizations in need. The participating teams were representatives of Coca Cola HBC Kosovo (3 teams), Limak International Kosova, NLB Banka, Atlantik Group, Emona Group, Cacttus, Kolegji AAB, Vi-Print, KFC, Burger King, Sigal Uniqa Group Austria, KEP Trust, Banka Kombëtare Tregtare, Finca, and Al-Trade Center. The tournament was also supported by Red Bull. Besides having a fun football day, these teams competed with each other within four groups; therefore, those who won in the group phase proceeded to the semifinals. The winners of the tournament were Emona Group for the first place and Coca Cola HBC Kosovo for the second.

Funds raised from this tournament will be dedicated to supporting the people in need of emergency medical assistance. AmCham is grateful to all the participating companies for their help and remains committed to providing support for charity initiatives or activities as a sign of contribution to the Kosovar society.