AmCham Presents The Advantages of Arbitration to Businesses in Peja 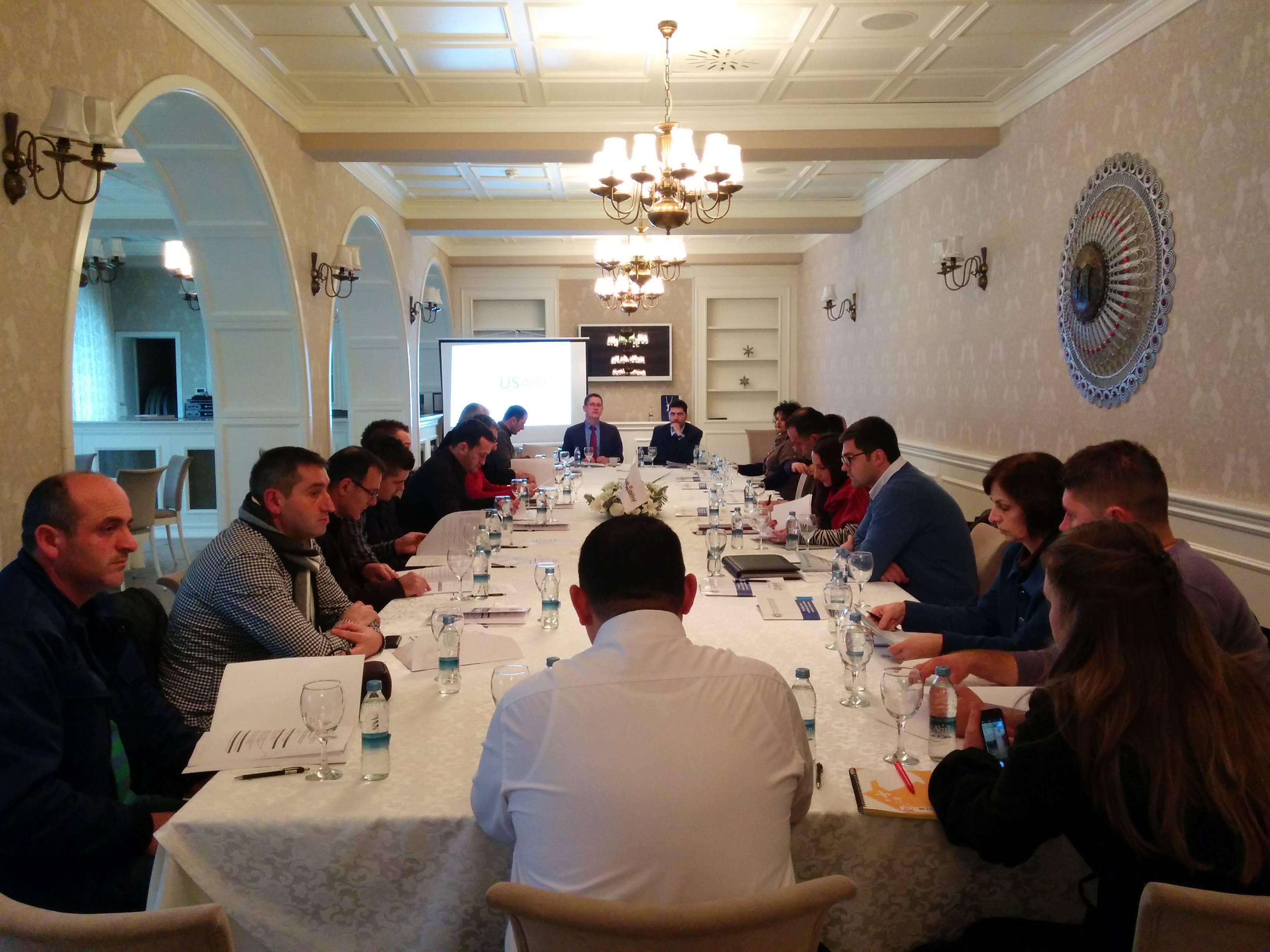 AmCham Presents The Advantages of Arbitration to Businesses in Peja

Peja, December 18, 2014 – AmCham Alternative Dispute Resolution Center organized a roundtable with businesses in Peja where the discussion revolved around the advantages of using arbitration as a method for the alternative resolution of disputes.

In his opening speech, Secretary General of AmCham ADR Centre, Visar Ramaj, informed the business representatives that dispute resolution can be categorized into two systems: a system where there is a final and mandatory decision for the parties (courts, arbitration), and the system where the achievement of an agreement is facilitated but there is no obligatory decision (mediation, negotiation). With respect to the first system, he added that arbitration as a mechanism is designed for the needs of the businesses and is characterized with simple and fast procedures, professionalism and independence, as well as easy enforcement, thereby making it superior to the courts. He added that in developed countries, arbitration is the most common solution for addressing disputes, and that about 86% of the corporations in these countries have incorporated arbitration as a key strategy for resolving disputes.

During his presentation, Kujtim Kërveshi, Senior Legal Specialist in contractual law and alternative dispute resolution, informed the participants on the methodology of how mediation functions and the advantages which this system offers. According to Kërveshi, there is a big difference between the positions and requests of the parties on one hand (which usually pose charges), and their interests on the other hand. He added that mediation enables an open communication among the parties which focuses on their interests and makes it much easier to find a solution even for complex problems. He provided concrete examples of the cases which were mediated successfully, where after many years in courts, the parties managed to find a solution through mediation.

Moreover, Kërveshi informed the businesses of Peja region, on the opportunities of using the services of Mediation Centers in some cities in Kosovo, including Peja, Centres which are supported from the USAID CLE program.

The roundtable ended with open and informal conversations with businesses with regard to how these businesses could benefit from arbitration and mediation and with the AmCham ADR Centre’s invitation to the businesses to approach the centre for specific assistance with respect to using arbitration.

This event was made possible with the support of USAID, under the Forward Initiative, which supports capacity building within AmCham ADR Center.