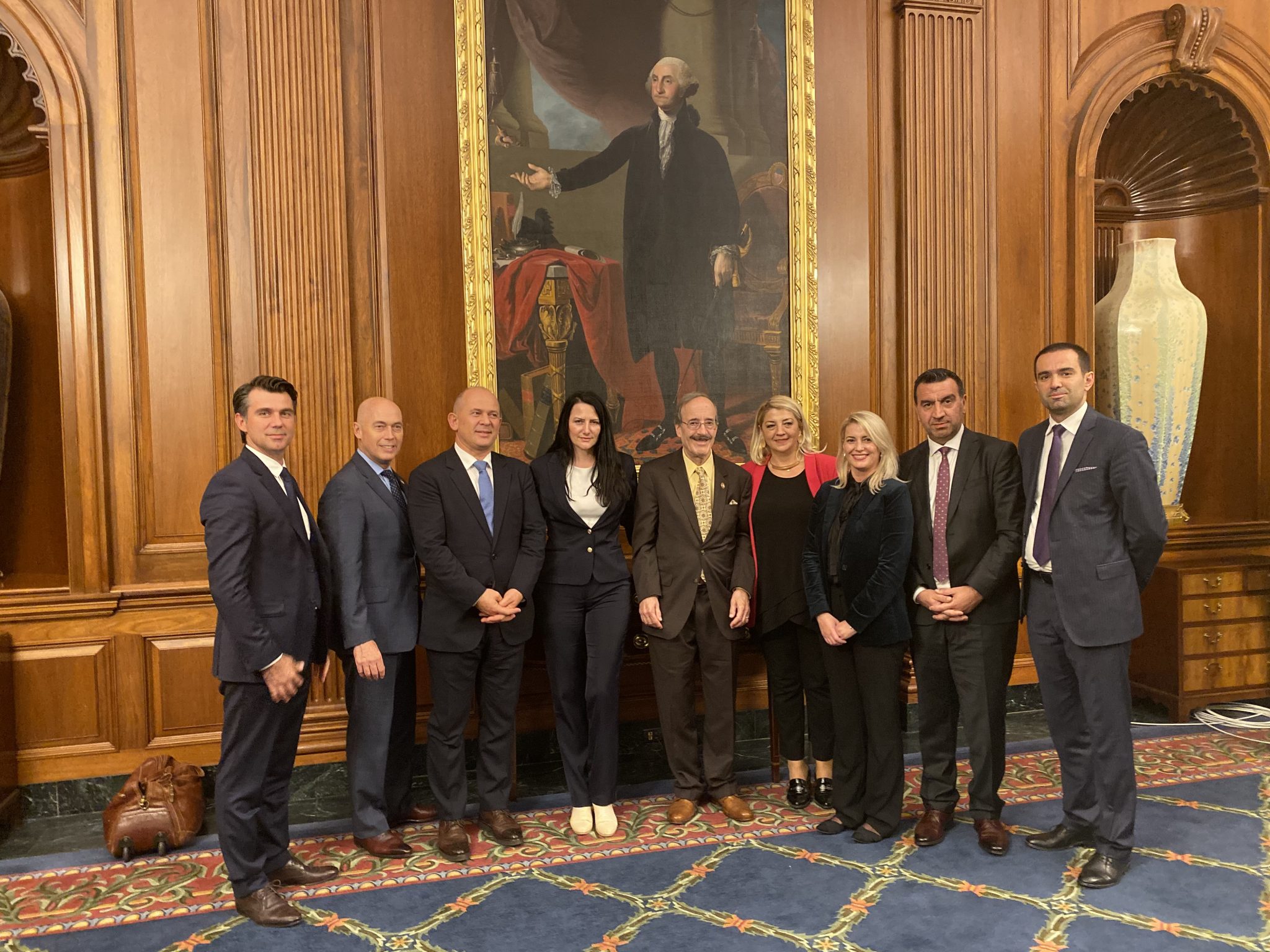 Washington, November 1, 2019 – Strengthening economic cooperation with the United States of America, as well as increasing American investments in Kosovo, are crucial to the stability of the region. This was concluded from the meetings between the American Chamber of Commerce in Kosovo’s Board of Governors and the members of U.S. Senate and Congress in Washington.  In separate meetings with ten American legislatives, AmCham Kosovo’s leadership has presented numerous developments in the country. Among others, significant topics discussed in the meetings have been the greater promotion of Kosovo’s economic prospects by American lawmakers, and the possible arrangement of a trade delegation in Kosovo from their side.

Through the course of two days, AmCham Kosovo’s delegation has met congressmen Eliot Engel, Michael Guest, Dean Philips, Bill Flores, David Price (Chairman of the House Democracy Partnership), Mark Wayne Mullin, Adrian Smith, Mike Conaway and Tim Burchett. The meeting with Iowa State Senator Charles Grassley, Chairman of the U.S. Senate Finance Committee has been highly important, given that this committee covers trade and tax matters. AmCham Kosovo’s Board of Governors has furthermore discussed the need for continuance of the Generalized System of Preferences (GSP) for Kosovo, which currently provides the duty-free export of over 3,500 products for Kosovar manufacturing companies to the U.S., as well as opportunities to expand the list with other products.

AmCham Kosovo’s delegation was also hosted by the U.S. State Department, Office of Eastern European Affairs, where the need for Kosovo to demonstrate political stability, pursue reforms towards improving the business environment and promote free trade was discussed.  New financing opportunities for Kosovo companies following the creation of the Development Finance Corporation (DFC), were additionally discussed at a meeting with officials from the Overseas Private Investment Corporation (OPIC).

Following their visit in Washington, the leadership of AmCham will travel to the state of Minnesota, to discuss economic co-operation opportunities with this state, in which a large number of “Fortune 500” companies have their headquarters.