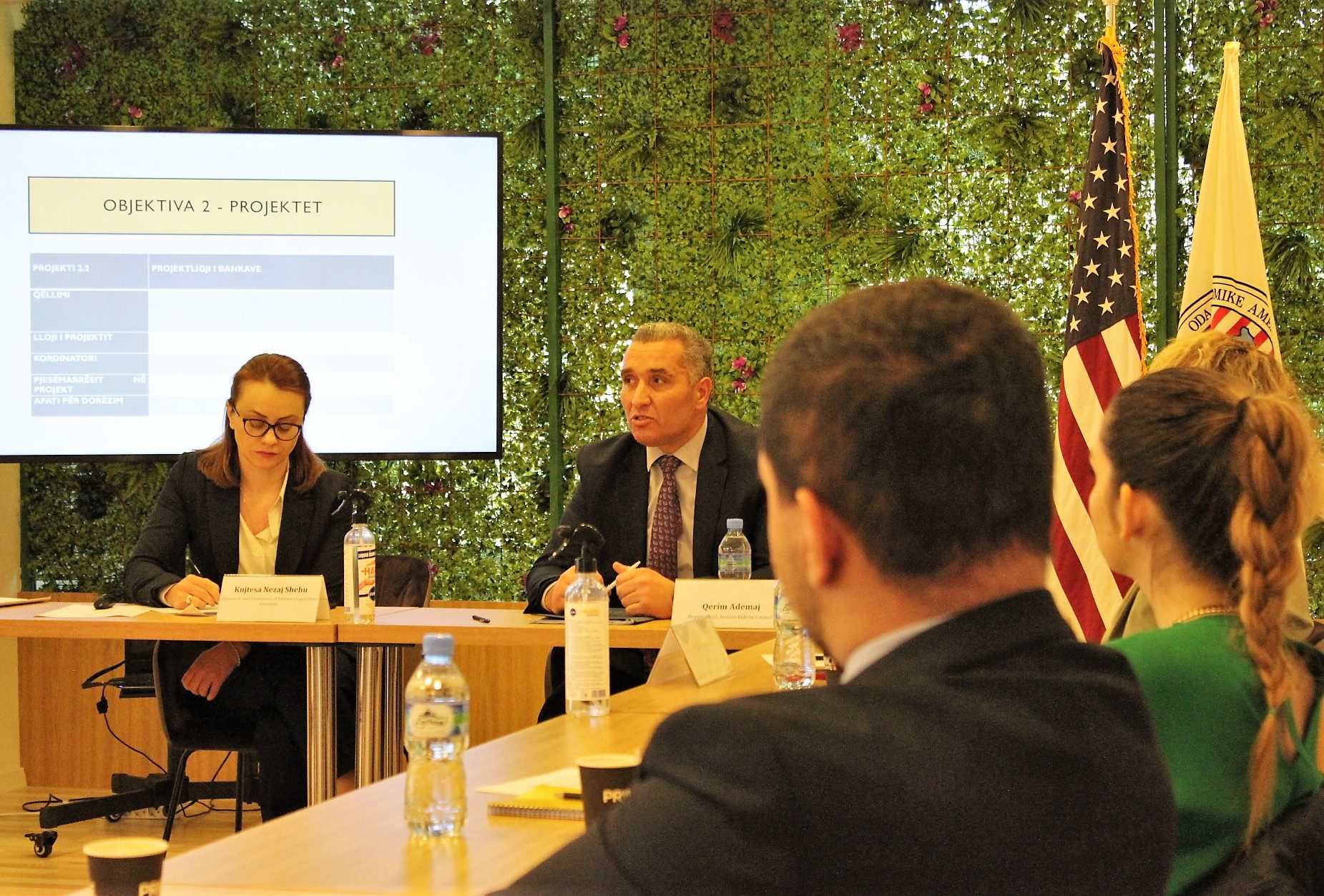 Prishtina, April 8, 2022 – To discuss the objectives and projects of AmCham’s Legal Affairs Committee, and to address the impact of the Commercial Court, the committee met with state judicial institutions and representatives of the USAID Commercial Justice Activity.

Qerim Ademaj, Deputy Chair of the Kosovo Judicial Council, said that since the Council intends for the Commercial Court to become operational within the next six months, the first group of judges will be elected by internal competition. He added that this process will begin after the election of the President and Administrator of the Court. Ademaj further said that this court will have a total of 15 judges, 9 during the first instance and 6 during the second instance, including the President of the Court.

Deputy Chief of Party of the USAID Commercial Justice Activity Vjosa Shkodra, who was also present at the meeting, said that 18 commercial affairs experts have been trained at the Law Academy, and are willing to contribute to the training of new judges.

Further, the members of the Legal Affairs Committee discussed ways in which this committee can assist in the functioning of the Commercial Court, as soon as possible.