American-Albanian banker, Richard Lukaj, on attracting US investments in Kosovo 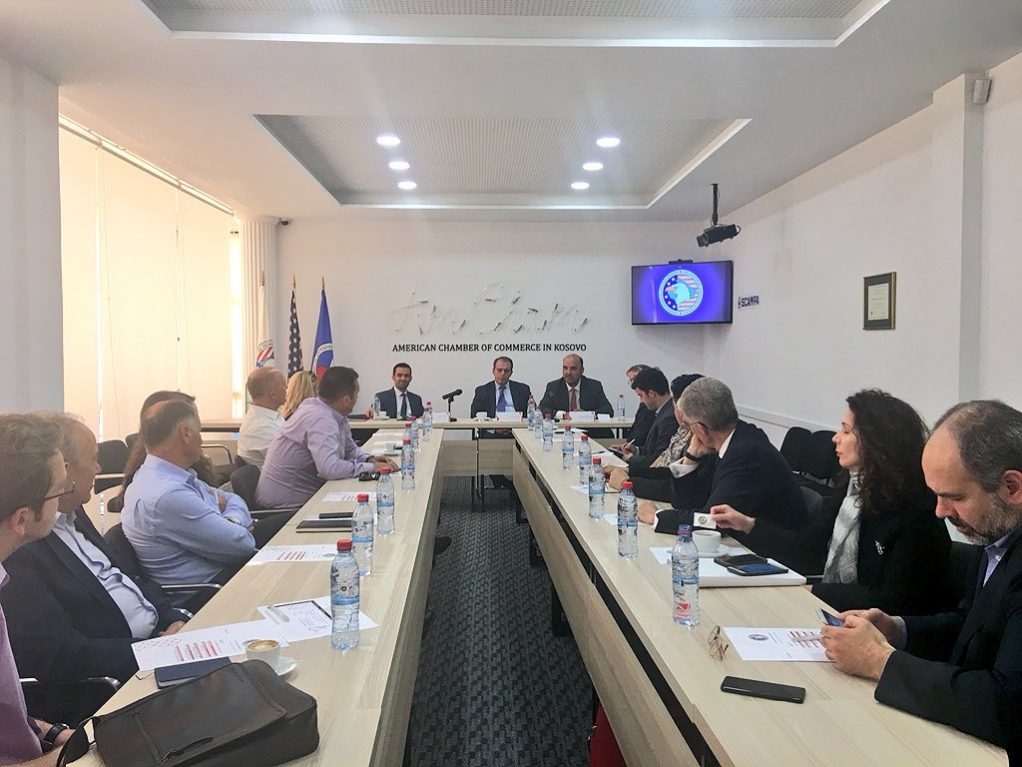 American-Albanian banker, Richard Lukaj, on attracting US investments in Kosovo

Prishtina, May 19, 2018 – Kosovo has potentials in attracting investors whereas state institutions have failed to promote investment possibilities for foreign investors. This was said in a round-table organized by the American Chamber of Commerce in Kosovo with the known American-Albanian banker, Richard Lukaj.

Lukaj, who is also Senior Managing Director in Bank Street Group LLC, said that despite the high results in reducing bureaucracy, Kosovo should keep fighting informal economy and addressing skills gap in order to attract US and foreign investments.

Further on, he said that, even though Kosovo is a young country, progress is seen in various areas, but unfortunately state institutions have worked little in promoting investment possibilities in Kosovo. He praised the banking system in Kosovo as one of the sectors in which foreign direct investments have been successful.

Lukaj, who is known for his contribution in philanthropy, talked also about the importance of attracting investments from Diaspora, which has proved its financial contribution in various periods of time.

On the other hand, Ramis Ahmetaj, Member of AmCham Board of Governors, mentioned an increase of US investments in Kosovo in the first quarter of 2018, but said that the amount is very small, especially comparing it with the general amount of US investments in Europe which is around 3.17 trillion US dollars.