American business delegation is informed about investment opportunities in Kosovo 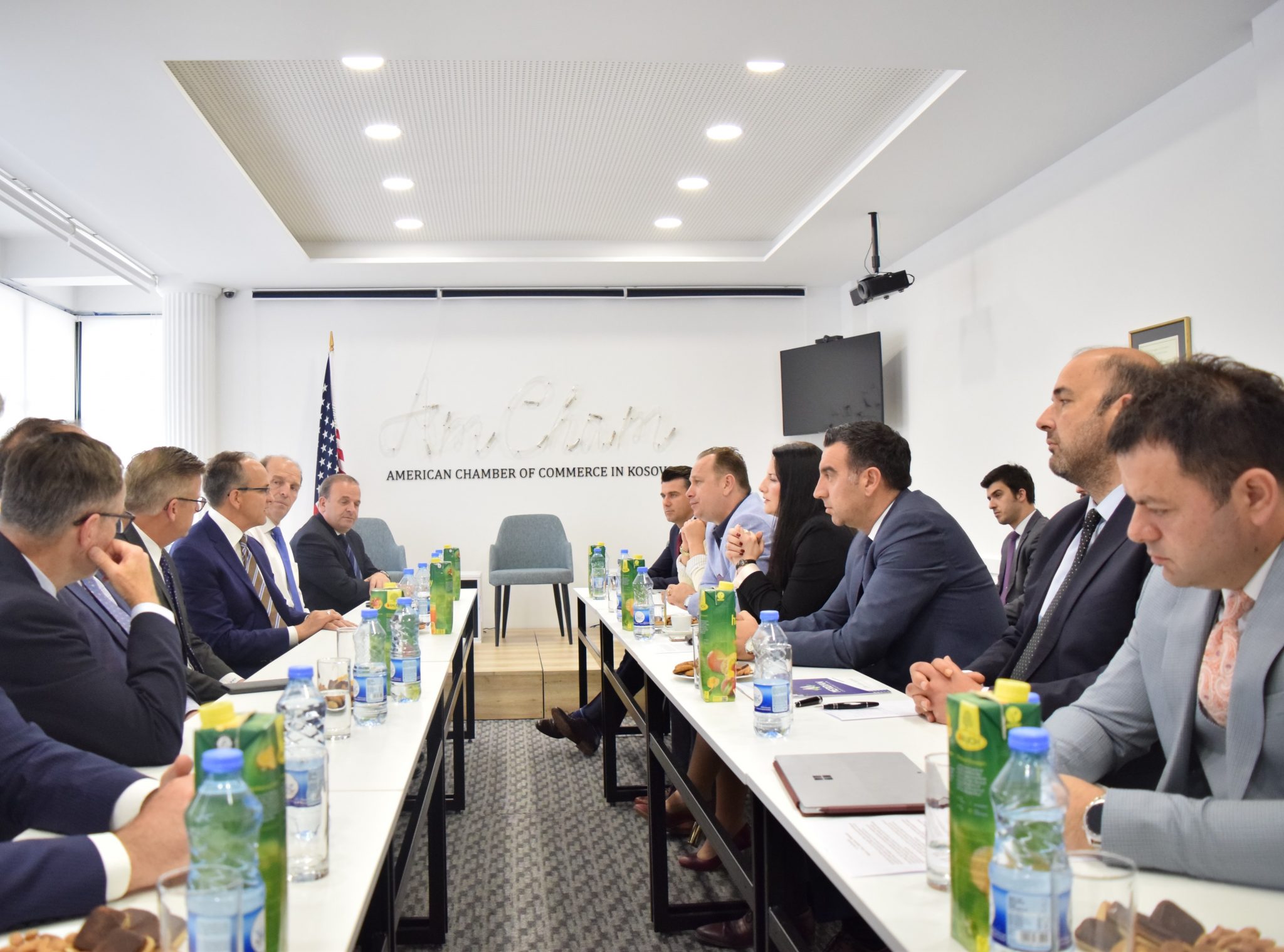 May, 1919 / Published in AmCham, Press Releases

American business delegation is informed about investment opportunities in Kosovo

Prishtina, May 14, 2019 – A delegation of American businesses visited the American Chamber of Commerce in Kosovo where it met with representatives of businesses operating in Kosovo. The purpose of this meeting was to inform the delegation about the opportunities that Kosovo provides for U.S. investors. U.S. Congressman, Randy Hultgren, was also part of the delegation.

President of AmCham Board, Ilir Ibrahimi, informed the representatives about the numerous investment opportunities that Kosovo provides in various sectors. He said that the high number of successful businesses is proof of their commitment and hard work to further grow and expand. Ibrahimi said that networking between local and U.S. businesses is one of the best ways to strengthen relations between the United States of American and Kosovo in order to secure a higher number of U.S. investments in the country.

One American businessmen, part of the delegation, Michael Stoltzfus, expressed his interest about the quality of education and the development of entrepreneurship as some of the key pillars for sustainable economic development. Stoltzfus mentioned Kosovo’s youth as of significant importance that could result in a more stable economic growth for the country which would reflect on the establishment of a larger number of new enterprises and later on resulting into new jobs.

Further on, business representatives discussed about cooperation opportunities with U.S. businesses in concrete projects from various areas, agreeing to continue the communication between them.