American Chamber of Commerce builds four houses for the homeless 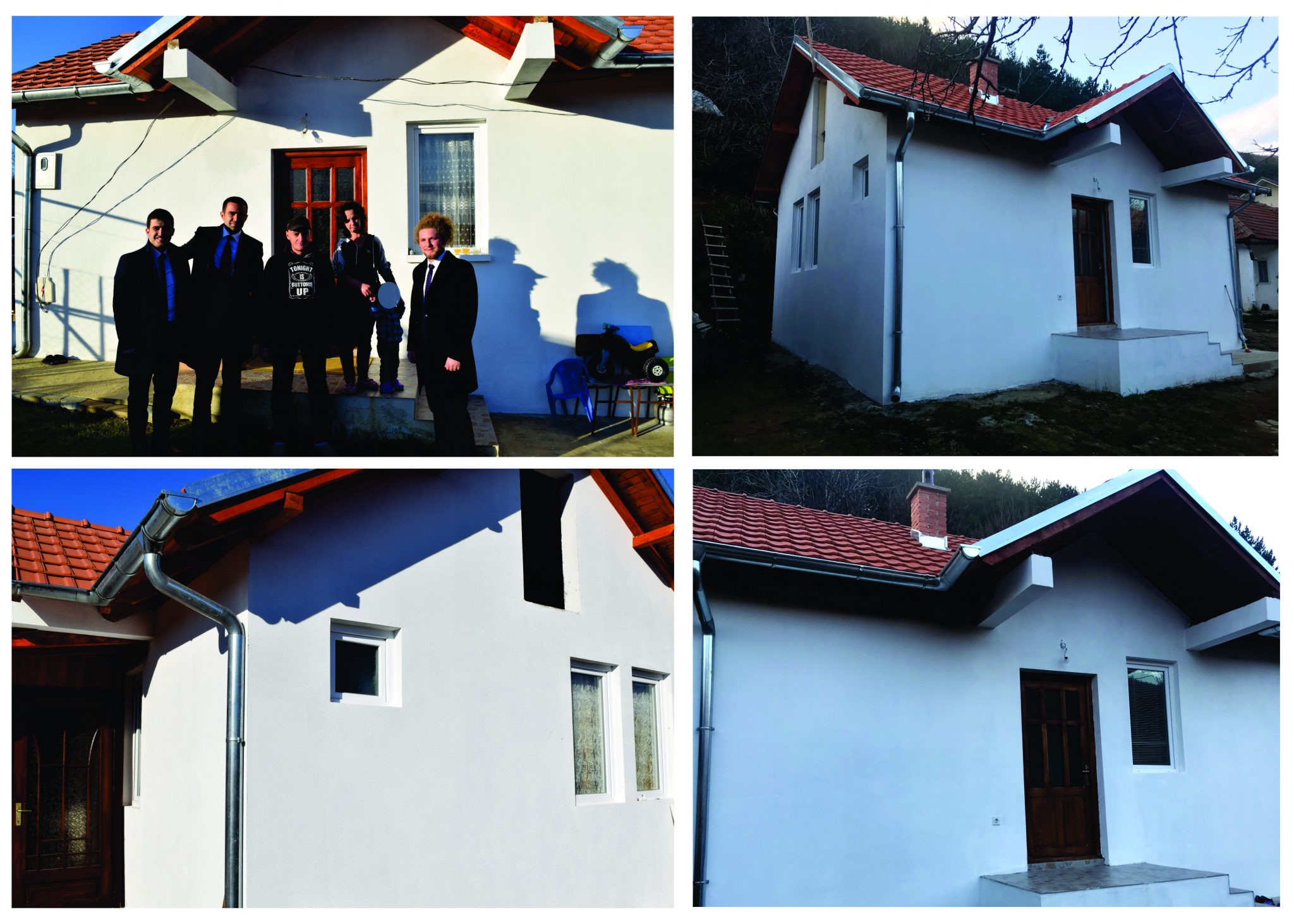 American Chamber of Commerce builds four houses for the homeless

December 1, 2017 Four families from four different municipalities in Kosovo will enter the winter season in their new houses build with the funds of the American Chamber of Commerce, its members and the Ministry of Labour and Social Welfare. The families Thaçi from Skënderaj, Mehmeti from Mitrovica, Kastrati from Peja, and Hajrullahu from Lipjan, having been deprived from the opportunity of having a permanent shelter, expressed their happiness in the construction of these houses and also the gratitude towards the American Chamber for this initiative, through which their kids can now grow in better conditions.
Besides the Ministry of Labour and Social Welfare, AmCham’s initiative in building houses for the homeless was also supported from IPKO, VALA, NewCo Ferronikeli, Meridian Corporation, Coca Cola HBC Kosova, Limak-Prishtina International Airport, NLB Bank, Elkos, HIB Petrol, Devolli Corporation, Mabetex, Z-Mobile, Railtrans, Recura Financials, Servisshped, Hymeri Kleeman, Alcatel Lucent, CEO, Vllesa-Co, ASDA, Boga & Associates, and Gjirafa Inc.
This activity is part of the AmCham Foundation, which, from 2012, has supported with over 200,000 euros many organizations and individuals in Kosovo, including Down Syndrome Kosova, Action for Mothers and Children, International Institute for Extraordinary Intelligence ATOMI, Foundation in the education of the Buçinca girls, the artistic movie “Një rrëfim Prishtine”(A Prishtina Story), the volunteer American Organization Peace Corps, the regions in the Republic of Albania affected from the flood, the regions in the United States of America affected by the storm Harvey, and also tens of children who needed financial support for medication outside the country. Within the framework of AmCham Foundation functions the Chess School “Woodrow Wilson” as well for children from 6-13 years old.
In the attempt of improving conditions on education in the rural areas, the American Chamber of Commerce in 2018 will finance the improvement of the basic infrastructure for schools in villages that lack finances from the state, also will offer equal access to education for children in villages that are far from school, by providing free transport for them.