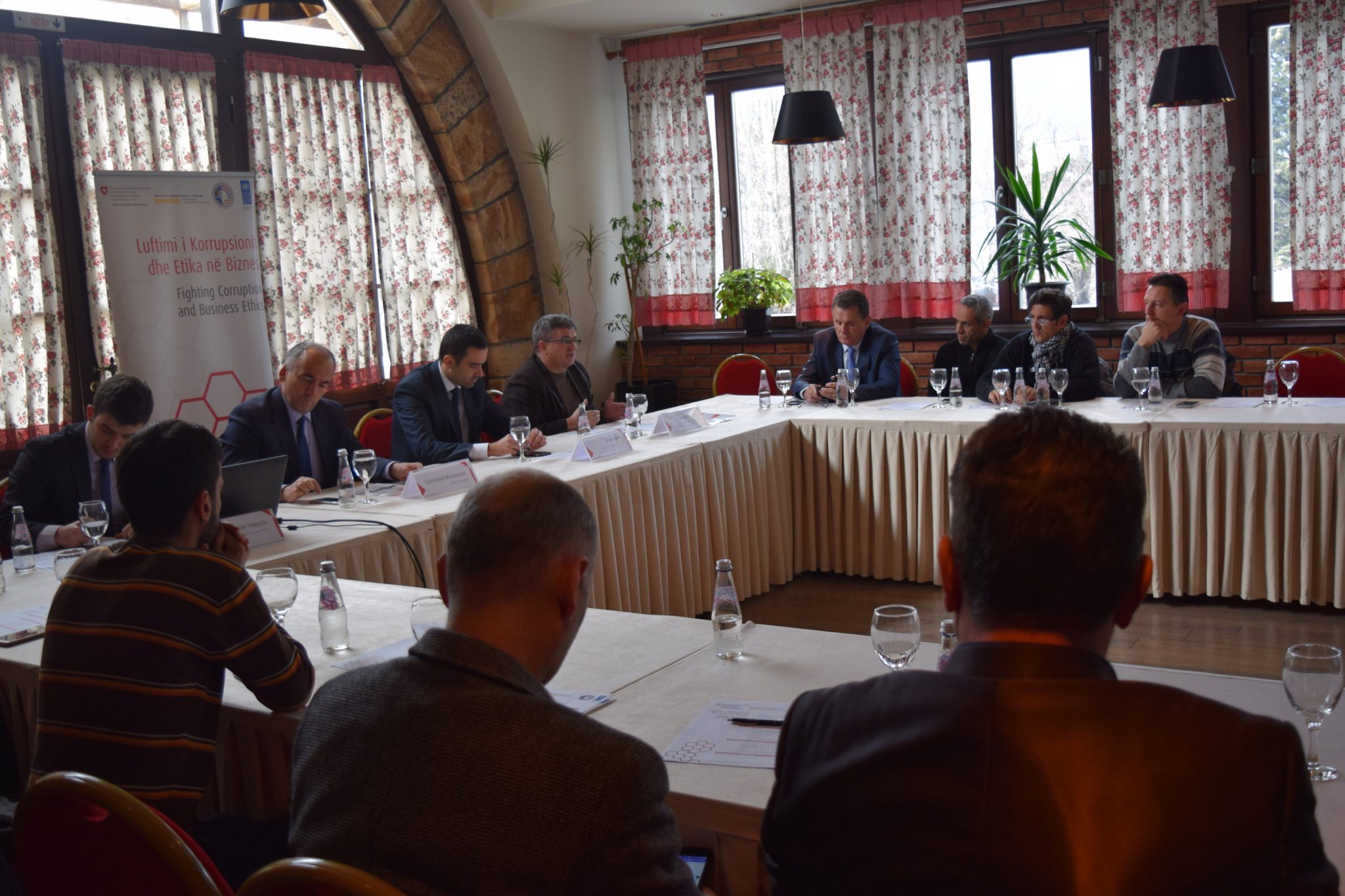 Pejë, 29 November, 2017 – Businesses should contribute to prevention and fighting of corruption in Kosovo’s society, by reporting corruptive behaviors through existing legal and institutional mechanisms, which also provide for confidentiality and protection for the whistleblowers. This was said today in the next workshop organized by the American Chamber of Commerce in Kosovo with businesses in the region of Peja, with the support of the UNDP’s Project, Support to Anti-Corruption Efforts in Kosovo.
Executive Director of the American Chamber of Commerce, Arian Zeka, spoke about the importance that fighting corruption has for the business themselves and also increasing the business ethics, which would enable a fair and equal competition, as well as equal growth opportunities for all, adding that corruption affects also country’s security.
On the other hand, Mayor of Peja, Gazmend Muhacheri, thanked the American Chamber in Kosovo for organizing the workshop, adding that the municipality he leads is highly evaluated in the aspect of accountability and transparency even from independent organizations that are engaged in this field. He emphasized a higher possibility of corruption presence in public procurement activities, adding that the procurement law should be amendmented in order for contractual authorities not to award the bidders based on the lowest price criteria as it leads to poor qualitaty products and services.
Hasan Preteni, expert of fighting corruption, said that, unfortunately, Kosovo is lagging behind in fighting corruption and this is best seen in the poor efficiency of the law enforcement bodies. However, Preteni emphasized that businesses and citizens should report corruption cases which they face in order for insitutitions to be enouraged in showing better results in punishing those who get involved in corrupting affairs.
Whereas, Visar Hapçiu, AmCham Policy Manager, spoke about the necesity of improvement of the corporate governance and internal corporate acts which would be corruption preventors. He also informed those present on the procedures which are followed in concordance with some institutions in training the reported corruption occasions.
The present businesses mentioned the need of the approval of the Law on Declaration, Origin and Control of Property, which would enable an effective fighting of corruption in Kosovo.