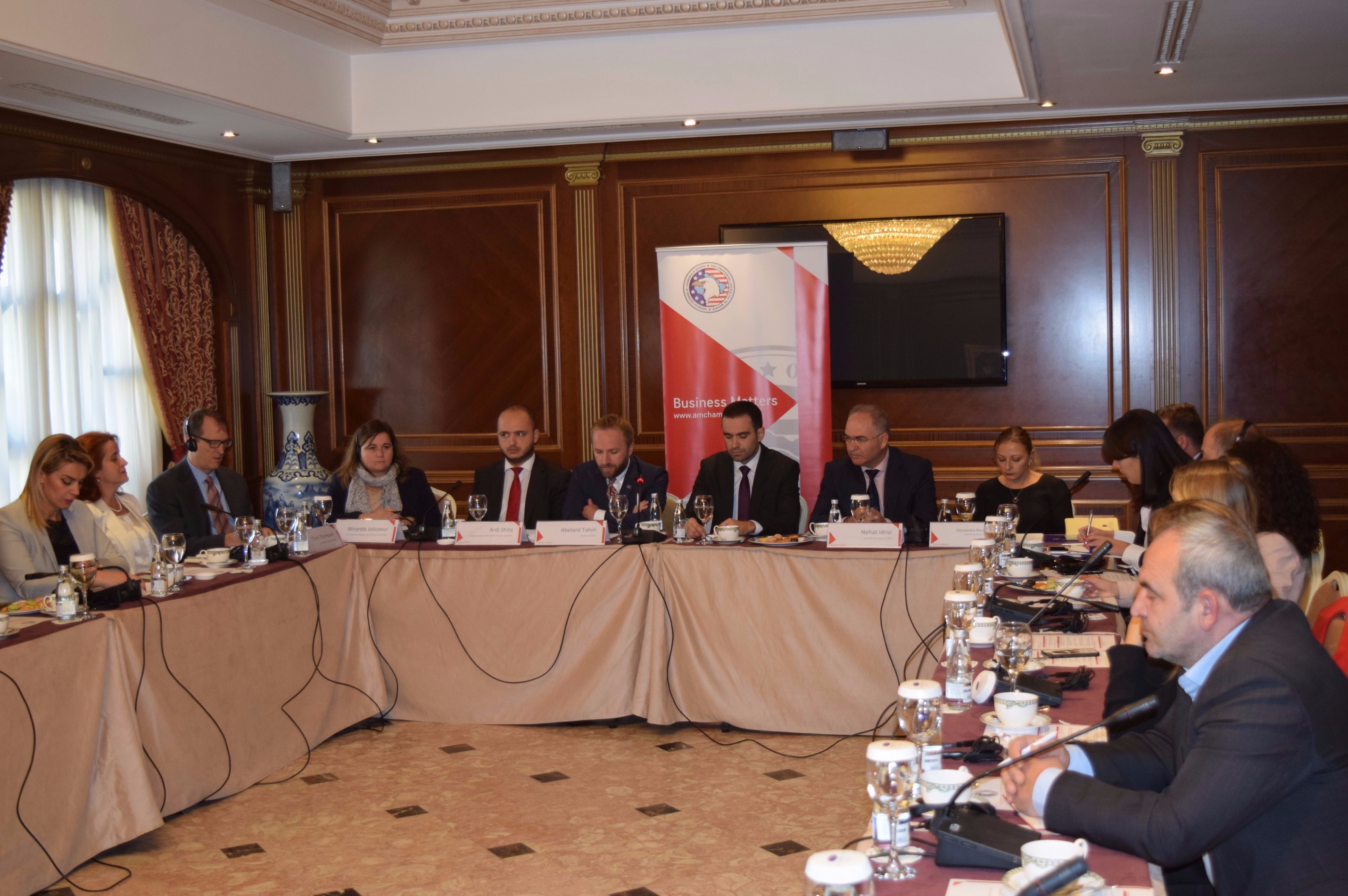 Prishtina, October 11, 2017 – American Chamber of Commerce in Kosovo launched the activity titled “An interview with the judiciary”, which it aims to make an annual activity because of measuring the progress in the judiciary sector year after year. In the roundtable was said that despite the progress made in the aspect of contracts application which is reflected in World Bank’s report which measures the convenience of doing business, still there are many challenges which should be addressed from the local institutions.
Minister of Justice, Aberlard Tahiri, spoke about the long-term plans of the Ministry of Justice which aim in strengthening the private sector, but not only in the initiation of the Justice Sector Review, which would contribute further on strengthening the position of businesses. Minister Tahiri pledged on taking into consideration the recommendations from the American Chamber of Commerce and other organizations as well for pushing forward the necessary reforms in the justice sector, while thanking the American Chamber for its contribution in this regard during the previous years. He said that 2018 will be the year of rule of law because of the numerous reformative activities which will be undertaken.
Chair of Kosovo Judicial Council, Nehat Idrizi, spoke about strengthening the Basic Court of Prishtina and also Court of Appeals by increasing the number of judges and professional associates. He encouraged businesses to use the alternative methods on resolving disputes, this way impacting also in the reduction of old matters.
Representatives of American Chamber, USAID, and UNDP, which were part of the panel, spoke regarding their role and their continuous support offered to justice institutions through their programs and projects, while mentioning the need of effort in fighting the corruption in judiciary.