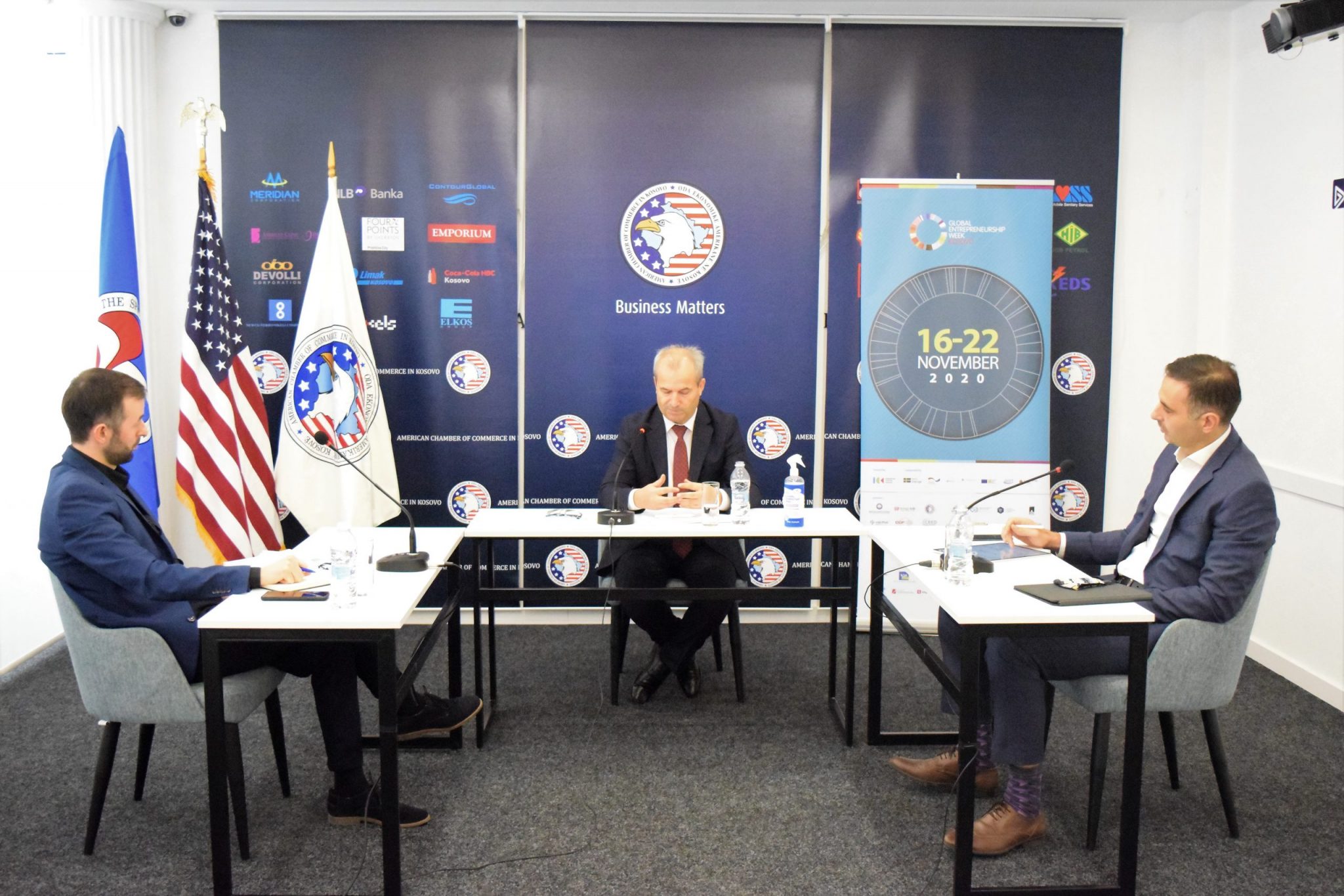 Prishtina, November 16, 2020 – Under the leadership of the Innovation Centre Kosovo (ICK), the Global Entrepreneurship Week in Kosovo has begun, with the American Chamber of Commerce in Kosovo being a partner in organizing it.  In 180 countries of the world, various activities will be organized during this week aimed at promoting entrepreneurship and encouraging entrepreneurial activities.

To mark the beginning of this week, the Acting President of the Republic of Kosovo, Vjosa Osmani, addressed entrepreneurs through a dedicated video for AmCham, where she emphasized that she feels happy that a youth that is still facing many limitations, thanks to its will and commitment is breaking the boundaries of the possible, and with its creative spirit is tackling local and global challenges. She also stressed the role of entrepreneurship in the economic and social development of the country.

“Entrepreneurship creates new jobs, drives competition and innovation, and increases economic and social productivity. Institutions must provide their support to encourage entrepreneurship and to further develop the private sector as the main generator of jobs in Kosovo” said President Osmani.

AmCham marked the beginning of its activities for the week with a virtual forum regarding the business ecosystem in the country, during which the panelists provided an overview of how such an ecosystem should add value to the country’s economic development while also discussing the role of relevant stakeholders who can contribute to this goal.

Deputy Minister of Finance Agim Krasniqi, highlighted the increased importance of the private sector in the country’s economy while talking about the actions taken by the Government to ensure that public spending does not decline during this time of crisis, which have a positive effect on the survival of the private sector. He further mentioned the need for the adoption of the Law on Economic Recovery as soon as possible, as it addresses the most urgent needs of the private sector and enables easier access to finance for businesses.

Valdrin Lluka, Head of Growth at Solaborate, and former Minister of Economic Development, during this forum, labeled the lack of advanced skills of the workforce as a challenge, which consequently leaves job openings offered by various companies unfilled. Further, Lluka also spoke about public investments, while adding that they are key to creating healthy business ecosystems, which undoubtedly generate jobs and help attract other investments. According to him, another challenge in business development is the informal economy which creates unfair competition in the market.

Remzi Uka, Chief Executive Officer of AFAM, and also the moderator of this forum, while referring to reports published by the World Bank, stressed that Kosovo ranks relatively well in terms of doing business, based on ten very comprehensive factors especially in terms of lending, which is an indicatior of a strong banking sector.