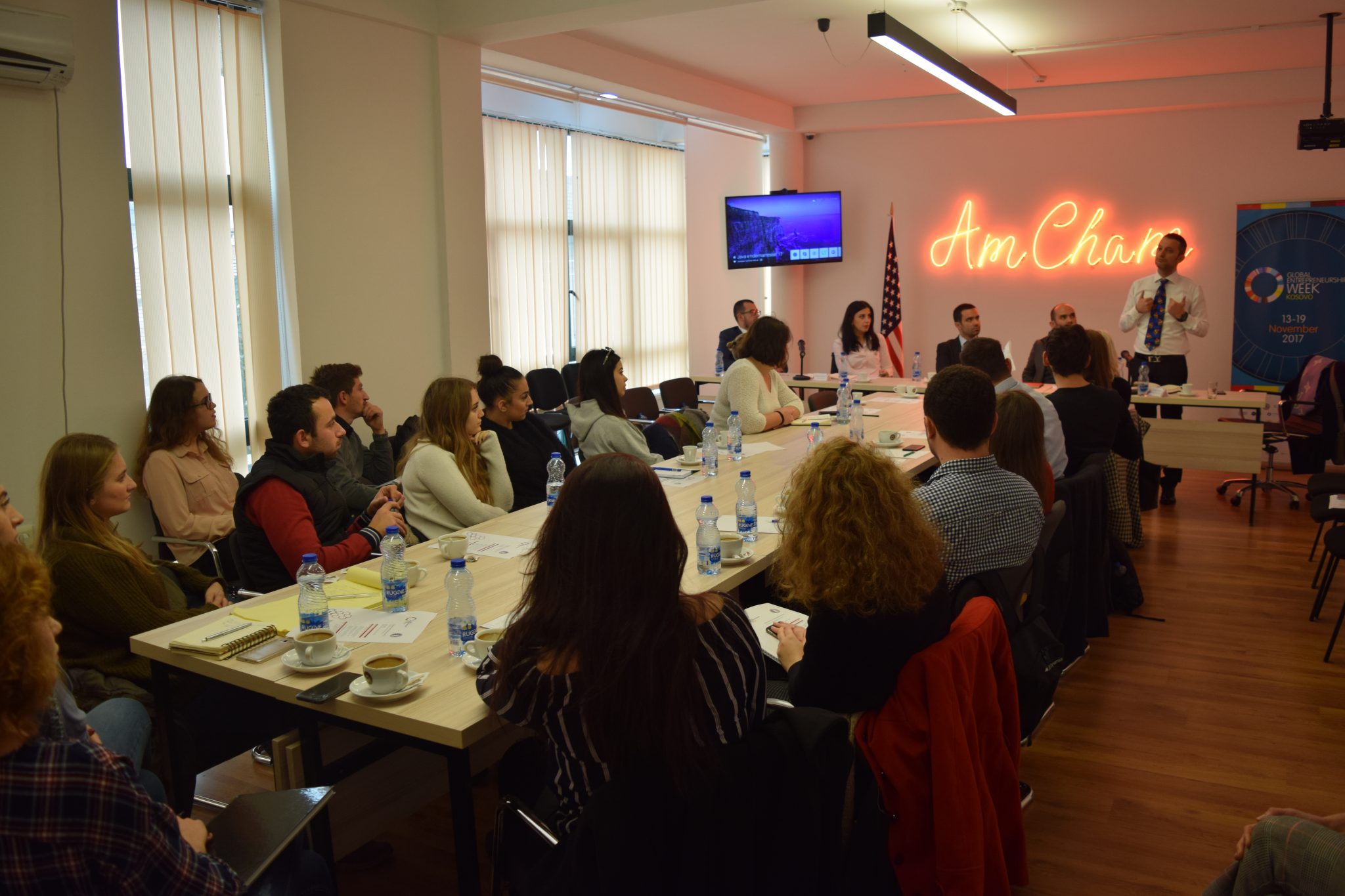 Prishtina, November 17, 2017 – Education plays an important role in promoting entrepreneurship among youth in Kosovo, however, it also needs a comprehensive engagement to change the overall culture which would be stimulating for entrepreneurship.
This was said during the closing roundtable organized by American Chamber of Commerce in Kosovo related to the Global Entrepreneurship Week 2017.
The conference panelists, Agon Gashi from Meridian, Visar Jasiqi from R.I.T. Kosovo, Ardian Hoxha from the American School in Kosovo, and Naime Brajshori from Heimerer College, addressed the present students and youth also about the function of educational institutions in changing the entrepreneurship culture in Kosovo, through equipping the youth with skills that are necessary for them.
They talked about the importance of changing the overall social culture in Kosovo, starting from family and further on, which would be encouraging towards the initiatives, more tolerant towards failing and also taking risks in business.
On the other hand, Arian Zeka from the American Chamber of Commerce, and Uranik Begu from Innovation Centre of Kosovo spoke about the expectations that they have in the context of the support that the country can provide in terms of supporting potential entrepreneurs, and in particular expectations from the new Ministry of Innovation and Entrepreneurship.
The Global Entrepreneurship Week in Kosovo is organized for the fifth consecutive year under the leadership of the Innovation Center of Kosovo, while the American Chamber of Commerce in Kosovo is a partner of this initiative for the fourth consecutive year.