American Chambers in Albania and Kosovo gather businesses of both countries 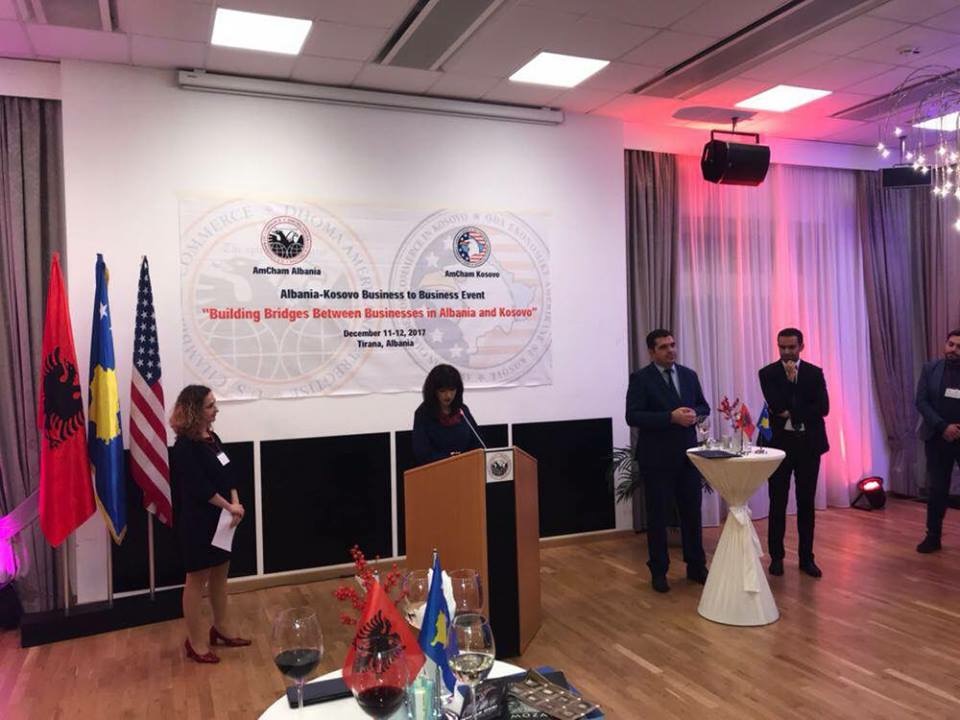 American Chambers in Albania and Kosovo gather businesses of both countries

Tirana, December 13, 2017 – For two consecutive days businesses of Albania and Kosovo met in Tirana, during the B2B event organized by the American Chambers in Albania and Kosovo, with the purpose of establishing contacts, and increasing economic and trade cooperation. In the opening of the B2B activity the Minister of Trade and Industry of the Republic of Kosovo, Bajram Hasani, and the Minister of the Republic of Albania, Sonila Qato were also present.

Minister of Trade and Industry, Bajram Hasani, praised the American Chambers in Albania and Kosovo for their initiative while considering the meetings between Albanian and Kosovo businesses as necessary, in times when both governments are continuously engaged in increasing cooperation and eliminating barriers that occur occasionally. He invited companies from Albania to invest in Kosovo, mentioning the positive ranking that the country has had in World Bank’s report of Doing Business.

Executive Director of the American Chamber of Commerce in Kosovo, Arian Zeka, said that despite frequent meetings of both governments, has not been concrete result reached between the two countries. He said that B2B meetings between Kosovo and Albania’s businesses should continue in the future.

The B2B activity was supported by European Bank for Reconstruction and Development, Kosovo Office and the Association of Regional Development Agencies (ARDA).

During the B2B two-day activity, approximately 80 businesses from Albania and Kosovo have participated including sectors such as production, services, and trade, meanwhile, initial steps towards cooperation have been established between different companies, which are expected to be concretized into business deals.