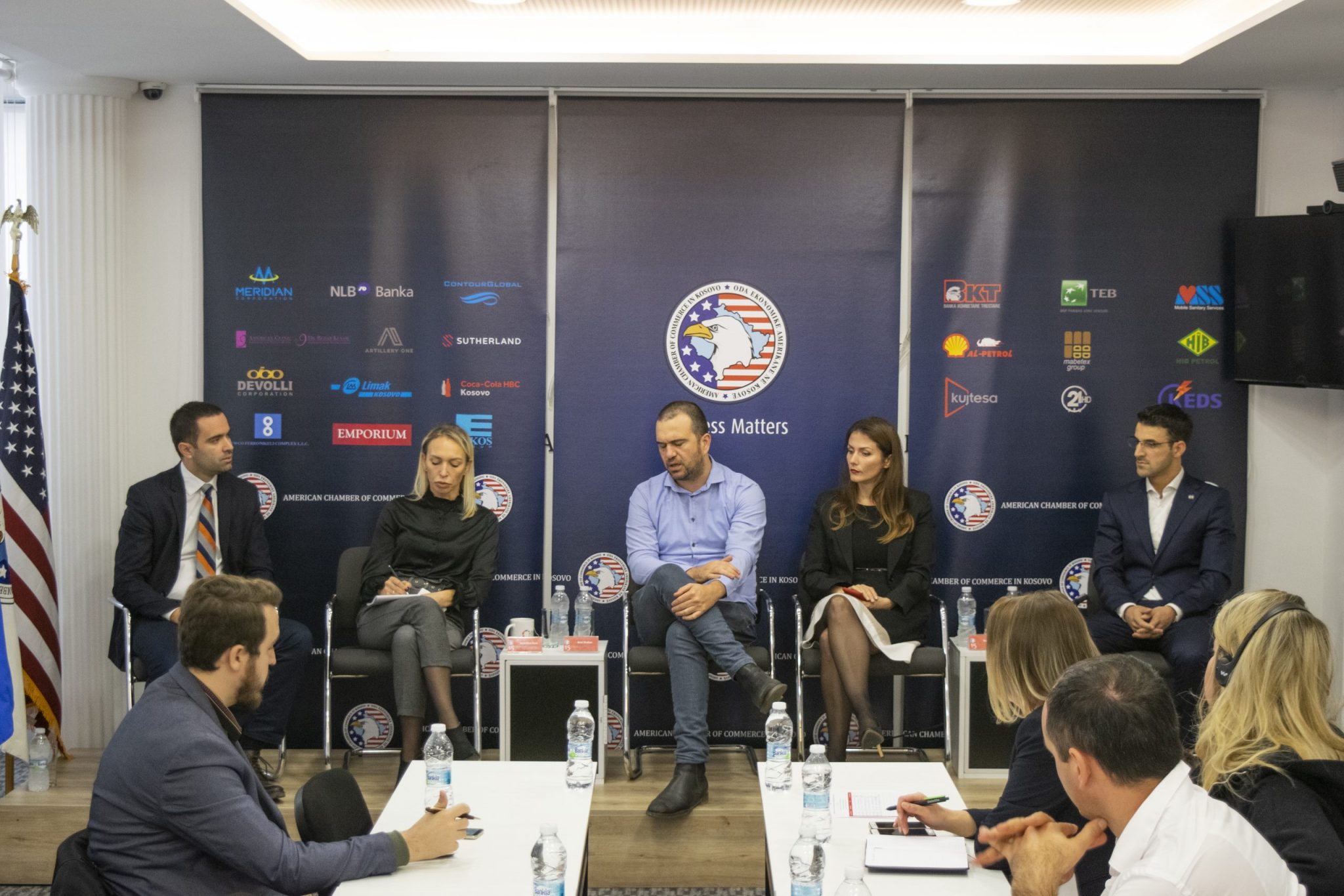 Prishtine, November 26, 2019 – AmCham CSR Committe discussed upon increasing the corporate social responsibility and its impact in a way that creates a multiplier effect on the society.

Naxhije Arifaj, Communications Director in KEDS, mentioned KEDS’ activities in CSR, focusing on KEDS Academy as one of the biggest projects of the company in this regard, which is being implemented for seven years in a row. Arifaj stated that the academy’s goal is to support local electric engineering students in further academic and professional development. Moreover, this academy supports local initiatives to promote a healthy environment and energy saving. Arifaj encouraged businesses to continue with CSR projects, especially because the main beneficiary from such projects is the society.

Valentina Gara, Public Relations and Complaints Manager at the International Airport of Prishtina, mentioned that the airport of Prishtina has focused on education and medicine with various projects that serve the citizens. Gara stated that it is important for CSR investments to not be only financial, but also focusing on human resources, considering investment on youth education as one of the most important corporate social responsibilities.

Ariel Shabani, Head of AmCham CSR Committe, Director for Business Development and Quality Manager at Kivo, stated that companies must initially identify the need for CSR projects in order to focus on a long-term plan. Furthermore, he mentioned that KIVO’s first efforts in CSR have been charity related, while afterwards they have also focused on culture, sports and education.

Artan Ramaj, Human Resources and Marketing Manager at Al-Trade Center, while informing on projects and initiatives taken from the company, also supported the idea of needs identification. Ramaj added that all citizens should be held responsible for the projects that are implemented to benefit society, therefore offering Al-Trade’s  willingness to cooperate with other companies for organizing any project of this kind.