An entrepreneurial woman in Kosovo, a challenge and a success in itself 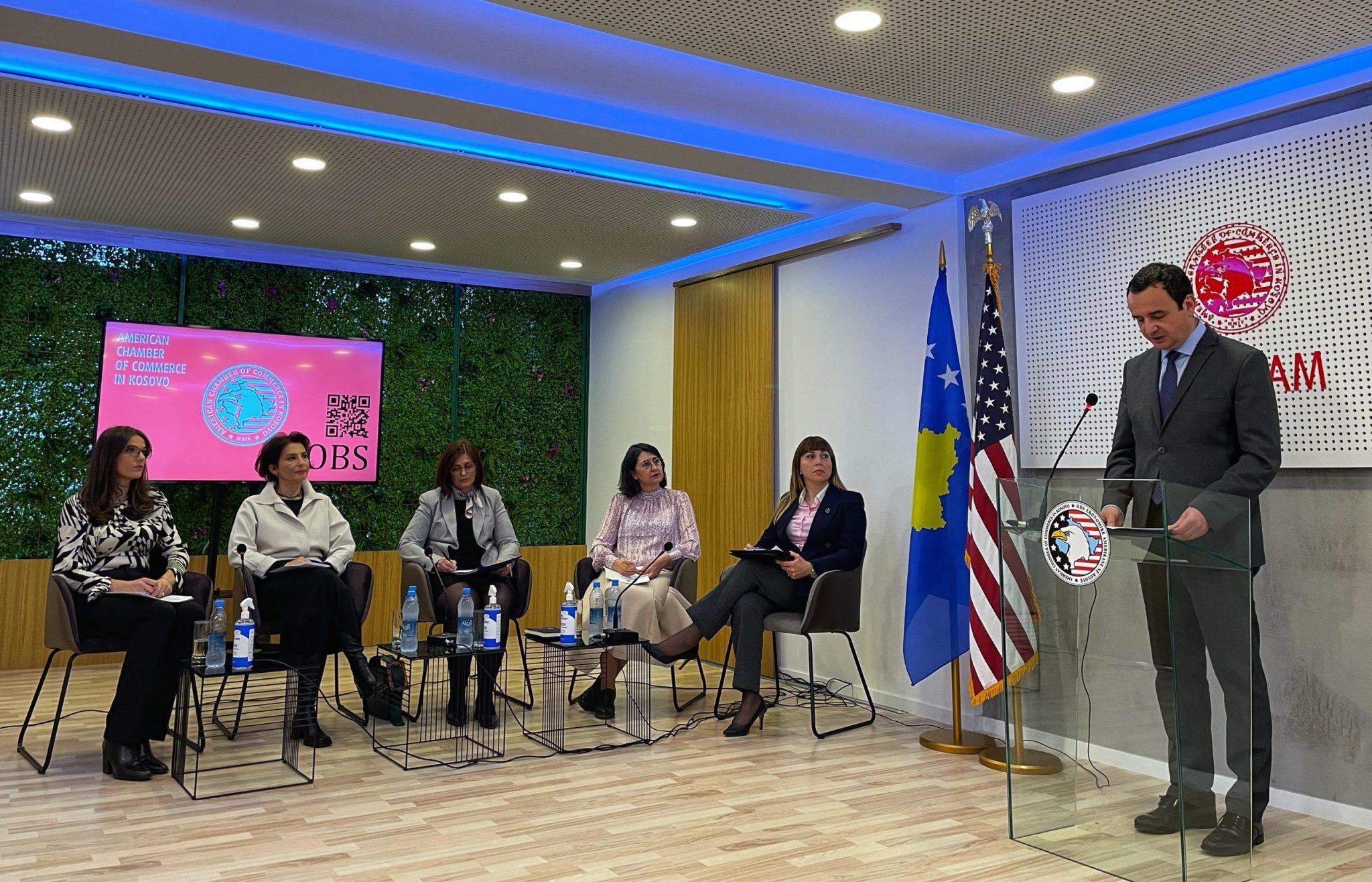 An entrepreneurial woman in Kosovo, a challenge and a success in itself

Prishtina, November 8, 2021- The American Chamber of Commerce in Kosovo started the Global Entrepreneurship Week with the theme of great importance, which is “Celebrating Women Entrepreneurs”.

Today is the inauguration of the many activities that the American Chamber of Commerce in Kosovo will organize throughout the week.

The forum panelists shared great knowledge about their experiences and challenges as entrepreneurs in Kosovo.

Furthermore, he added that the American Chamber of Commerce believes in young entrepreneurs and that without gender empowerment, there can be no full utilization of the entrepreneurship potentials.

The Prime Minister of Kosovo, Albin Kurti said that in the revival package special focus and attention will be paid to the economic empowerment of women. This is what the Prime Minister said at the forum “Women in Entrepreneurship” organized by the American Chamber of Commerce of Kosovo.

Further on, he said that the number of women in the enterprise is smaller compared to men, adding that although in a significantly smaller number women face many challenges.

“As long as women and girls make up half of the population of our country, we cannot claim inclusive growth without their inclusion in the labor market, even without their participation in decision-making,” said Prime Minister Kurti.

Therefore, the Prime Minister stressed the importance of the economic revival package for the empowerment of women and the support of their employment.

The Prime Minister added that measure 1.3 provides that every woman who has not been employed in the last three months and who has been employed, will receive subsidies of 50% of salary for the first three months, up to the value of 150 euros per month. .

Whereas, after the three-month period, employed women will be subsidized their pension contribution until June 2022, added the Prime Minister.

Edi Gusia, Chief Executive Officer of the Agency for Gender Equality, listed the reasons for the small number of women entrepreneurs and said that this is due to the lack of gender mainstreaming which is highlighted in discrimination in employment, low level of education, segregation of gender occupations, unequal segregation of responsibilities, and low ownership of women in ownership to initiate business.

Women in Kosovo face historical and systematic discrimination, and women have managed to close spaces that are centuries old, Gusia said.

Arbërore Riza, founder of HUUMë mentioned as one of the difficulties of entrepreneurs the informal economy which according to her remains a challenge for the business market in Kosovo.

Further, Riza asked for greater moral support and added that the focus of government and institutions should be small producers and not just large ones.

Arta Istrefi Jahja, Founder of Women Entrepreneurs in Kosovo, said that businesses need to be more informed and that there is a significant difference between women in rural areas compared to urban ones.

“Women should support women,” and there is a  need for women to have a network of their own, said Istrefi Jahja.

Valbona Dushi, from the Ministry of Trade and Industry, said that there is a trend of growth of entrepreneurs during these years, but the dialogue is needed with all actors to continue further.

The manufacturing industry and the textile sector are considered leaders in women’s employment, Dushi added.

Melita Ymeraga, founder of Melita & Partners mentioned other challenges such as lack of human resources, globalization which are challenges that entrepreneurs are facing in general.