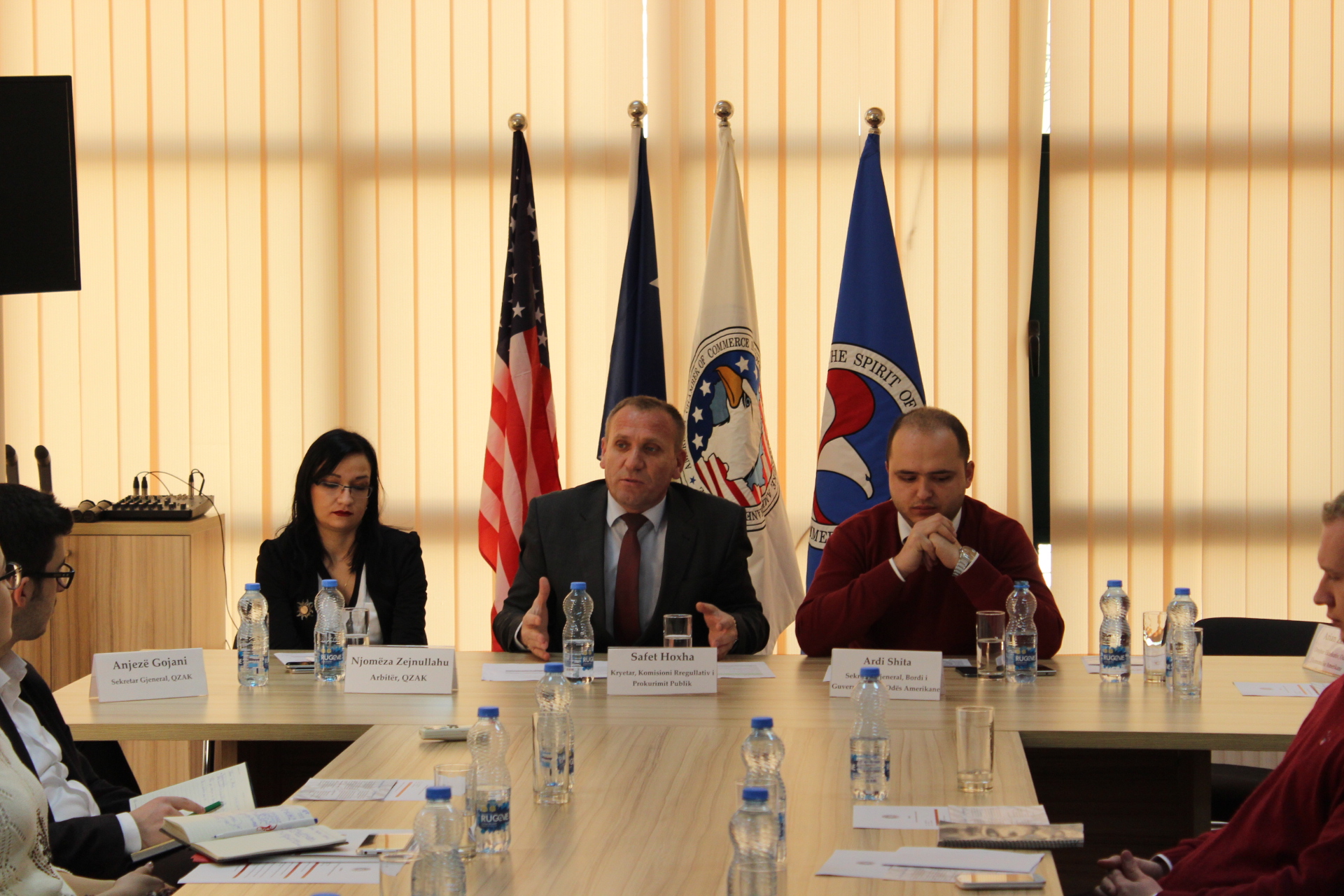 In his opening remarks, Ardi Shita emphasized the great commitment of AmCham Kosovo in lobbying for the inclusion of arbitration clauses in contractual agreements, whether between businesses, but also in cases when the agreement is between the private and the public sector. This was considered as an issue of great importance to all parties, and the efficiency which the arbitration procedure provides, results useful to the business community and to the state as well.

On the other hand, Safet Hoxha said that the main problems are mainly due to bureaucratic approach of the public administration, which remains a challenge to our businesses. He emphasized that arbitration, as a modern mechanism for dispute resolution, is a flexible procedure which eliminates uncertainties, provides confidentiality and the opportunity for faster resolution of disputes, adding that it remains as a favorite alternative, especially when in procurement cases one of the parties comes from the public sector. For more, the lack of trust in the judicial system regarding the equal treatment, represents a very important issue which needs to be discussed.

Njomëza Zejnullahu, from the perspective of the arbitrator encouraged businesses to use the advantages of arbitration, citing the fact that procedural aspect is the same with the one in courts, in terms of respecting the basic principles and equality of parties, while as an advantage it provides the roster of arbitrators, which includes experts from different profiles.

While, Anjeze Gojani mentioned the fact that arbitration rules have resulted as very effective, emphasizing the added value that arbitration represents towards the procedures of public procurement. As a concern of AmCham Kosovo, she mentioned the lack of support from the current legislation towards the domestic arbitration, and urged to start lobbying for the creation of a culture and education of parties in public procurement agreements on advantages and benefits arising from the use of this mechanism in resolving disputes.

Further, Safet Hoxha presented PPRC’s plans regarding the training of businesses on arbitration procedures and the inclusion of arbitration clauses as part of standard agreements. Considering AmCham’s activity in this regard, he expressed his willingness and the willingness of the institution he leads, to have a close cooperation in the future related to this issue.

In conclusion, participants had the opportunity to address their questions to the panel and discuss their concerns and future steps to be undertaken. A joint conclusion of the roundtable was the need for strengthening the cooperation between the private and public sector, where businesses by being partner of the state, could play a crucial role towards achieving this goal.