Arbitration, a fast and easy method in disputes resolution 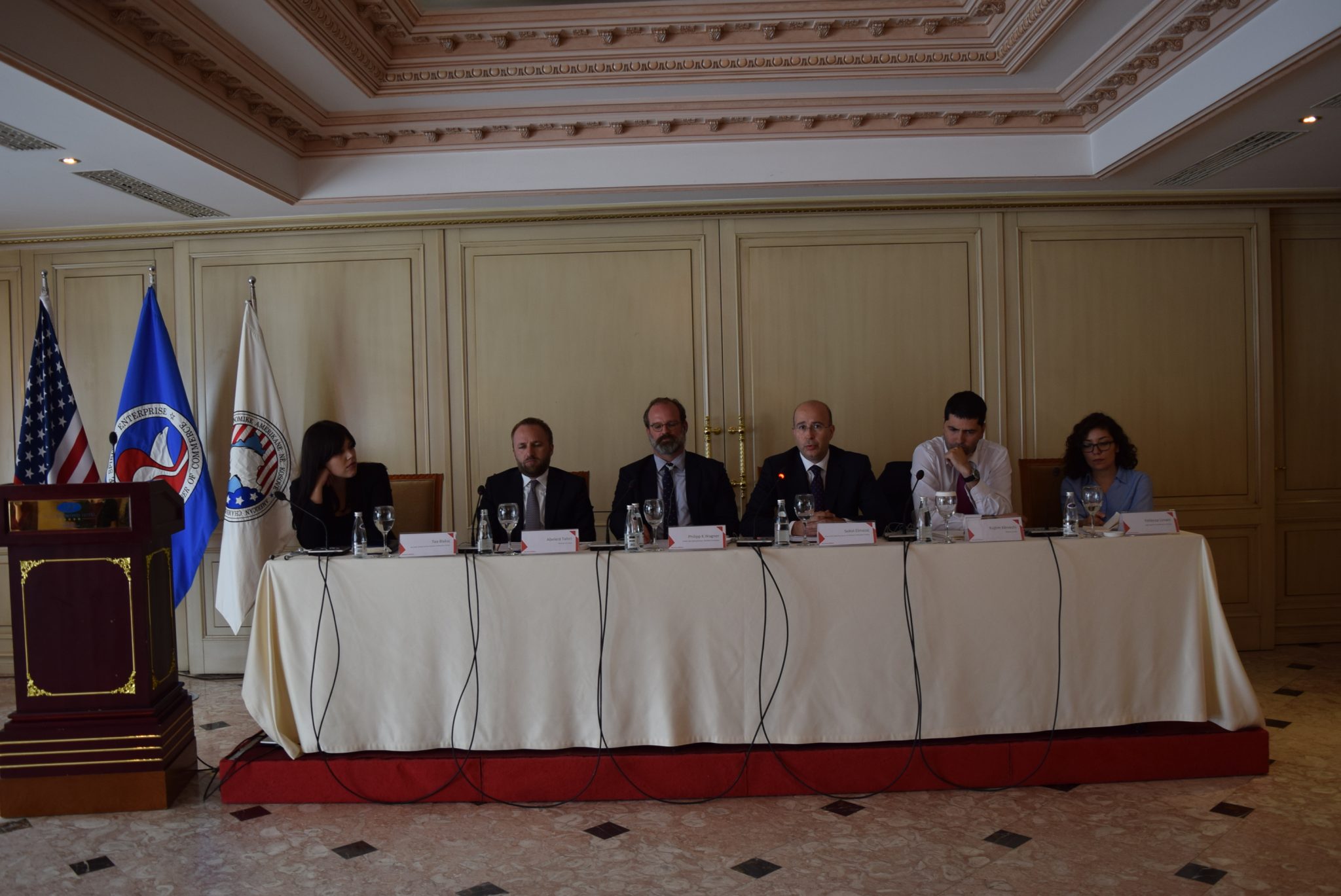 Arbitration, a fast and easy method in disputes resolution

Prishtina, May 11, 2018 – Arbitration has proved to be an effective and quite faster method in disputes resolution between businesses, however the public is informed little on the arbitration method and its procedures. This was the main conclusion from the next event organized by the American Chamber of Commerce in Kosovo titled “Why arbitrate? Mr. Wagner’s advice”.

Abelard Tahiri, Minister of justice, said that the ministry he leads is continuously working in facilitating doing business in Kosovo, amongst the most effective methods being arbitration. He said that in the future they will empower the commercial court’s pillar, in arbitration and in mediation as well.

Philip Wagner, Arbitrator, said that arbitration and mediation are procedures interconnected with each other. He mentioned advantages that a business will have in choosing arbitration as a method of disputes resolution, starting from the confidentiality to the individuals in the procedure where the whole process is not public, also the international neutrality, where, if arbitration is decided to be conducted in another country, there is no favored party.

Sokol Elmazaj, Attorney at Law and the Chairman of the Steering Council of AmCham Arbitration Center, compared the judiciary systems in Kosovo and Albania, adding that the arbitration field is relatively new and needs to be worked more on. Kujtim Kërveshi, Attorney at Law, mentioned as concerning the high level of informal economy, saying that the market in Kosovo is quite small and informed little on arbitration procedures, both for individuals and businesses. Whereas Fëllënza Limani, Legal Expert to the Ministry of Justice, said that more should be done in raising awareness among businesses and citizens on the advantages that arbitration brings and to inform them more on this issue.