Barriers in access to finance hinder the development of new businesses 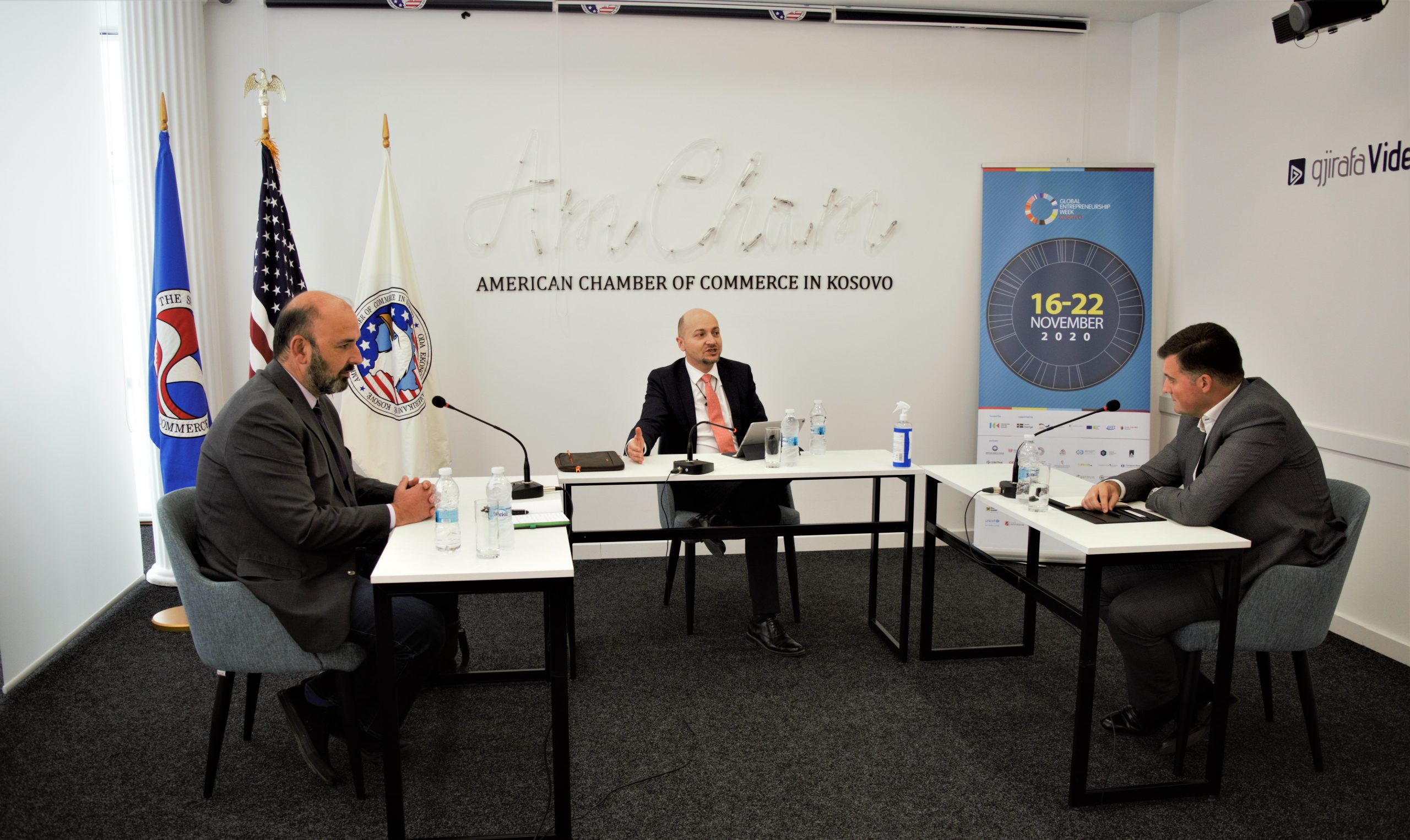 Barriers in access to finance hinder the development of new businesses

Prishtina, November 17, 2020 – An important part of the development of entrepreneurship, innovation, and new businesses in the country is undoubtedly access to finance. A healthy financial ecosystem which provides the desired levels of access to finance allows the creation of new businesses, and allows them to take advantage of opportunities to develop, increase employment levels, and contribute to the state budget through paying taxes. These were said during a virtual forum organized by the American Chamber of Commerce during the Global Entrepreneurship Week, which is organized under the patronage of the Innovation Center Kosovo (ICK).

Bersant Disha, Chief Executive Officer of Recura, as well as moderator of the forum, named access to finance as one of the biggest challeneges for the development of businesses in the country for both well-established businesses and startups, whereas while referring to recent reports that provide an overview of Kosovo’s economy, he emphasized that the banking sector is quite stable and has large reserves of liquidity.

Ramis Ahmetaj, Business Consultant, while referring to the challenges new businesses face, emphasized that the vast majority of new businesses are financed by their founders’ personal funds, as a result of the inability to access finance, while highlighting the drastic decline of debt and credit costs over the last few years as a positive aspect. He further stressed that one of the main factors considered before providing funds in the form of business loans, is the level of risk. Ahmetaj also stated that in order to create the necessary conditions for supporting startup businesses through other methods besides lending, financial intermediation within the banking sector should be increased.

Armend Haxhiu, Head of Business Department at ProCredit Bank, emphasized that startup businesses carry a greater financial risk burden, and as a result their access to finance and credit from banking institutions is limited so as not to jeopardize the deposits of the banks’ customers. Haxhiu stressed that in terms of the support provided by banks, startup businesses created by corporations which are well-established in the market have an advantage as a result of higher credibility. Further, speaking from the perspective of the bank he represents, Haxhiu stated that the requirements for financing projects in sectors such as renewable energy and exports’ contracts have increased.