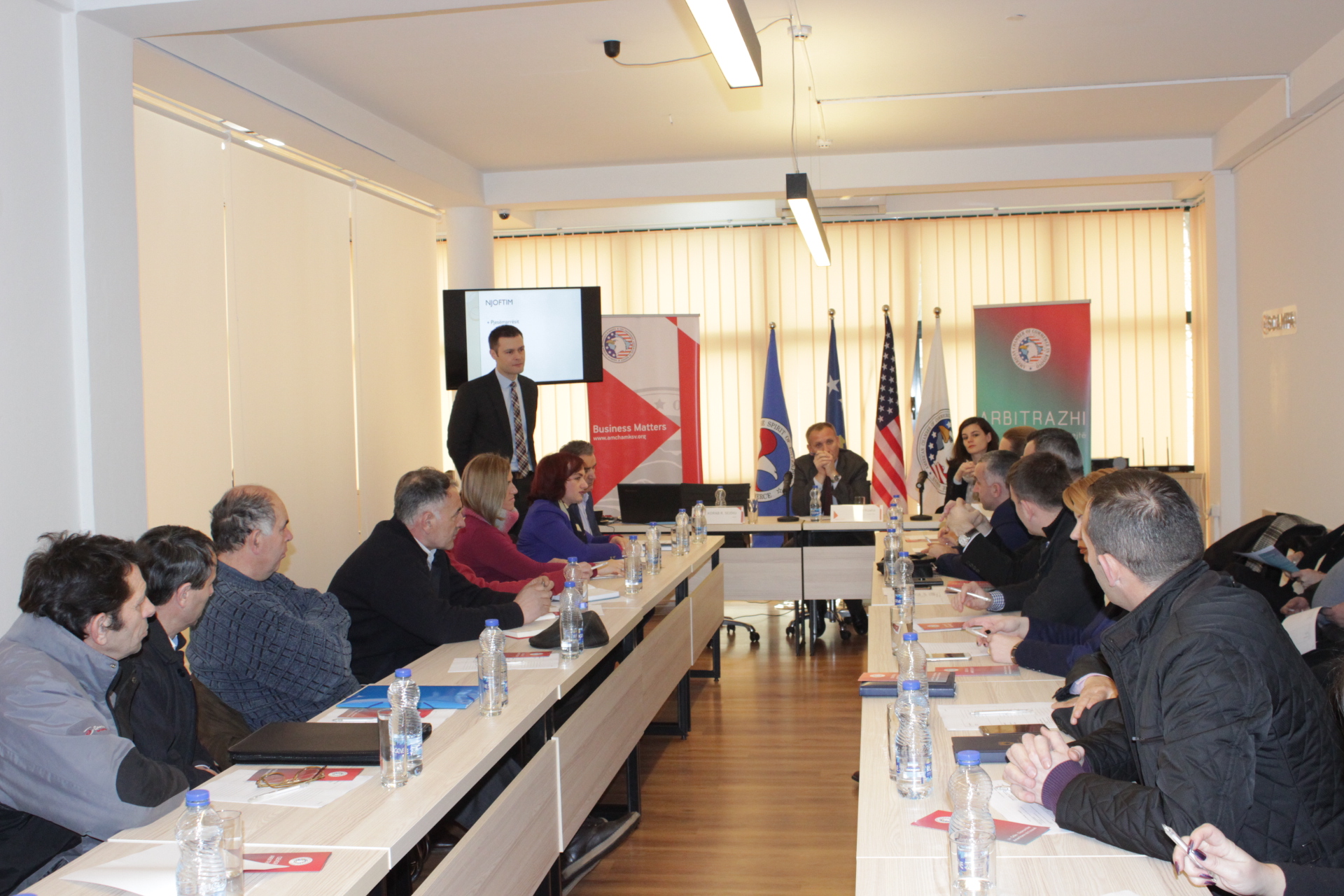 Prishtina, January 31, 2017 – Delays in the execution of public works often relate to the duration of court proceedings. This situation is contrary to the principles of efficiency, transparency and accountability, as the main principles of public procurement. In this regard, arbitration is considered as a possible solution to this problem, due to this procedure being quick, professional, and neutral towards resolving all disputes arising from the execution of public procurement contracts. The legislation in force does not limit the option of resorting to arbitration, while the procurement framework agreements expressly permit the parties to choose between arbitration and court proceedings.

With the aim of enhancing the knowledge of procurement officers regarding arbitration, as well as providing information on the efficient use of this mechanism, the Arbitration Center at AmCham Kosovo organized a workshop on this topic. The workshop which was led by Korab R. Sejdiu, and arbitrator and a US licensed attorney at law, addressed the fundamental elements of arbitration, the current problematic issues, the possibility of building the capacity of procurement officers towards the ability to assess cases where arbitration is considered appropriate, and tactics of drafting proper arbitration clauses.

One of the main challenges which were presented during the workshop was the lack of knowledge of procurement officers on the manner of drafting and the inclusion of arbitration clauses, as well as the procedure of selection of legal representatives, when the state or state bodies appear as a party in arbitration proceedings.

The debate focused on the analysis of arbitration, particularly in light of recent international arbitration cases where Kosovo appeared as a party. The participants also focused on the analysis of certain contractual relationships when public contracts may include domestic arbitration as an alternative dispute resolution mechanism. The officials present claimed that this workshop contributes to their cautiousness when drafting contracts.