Breakfast for Executives- Governor of the CBK 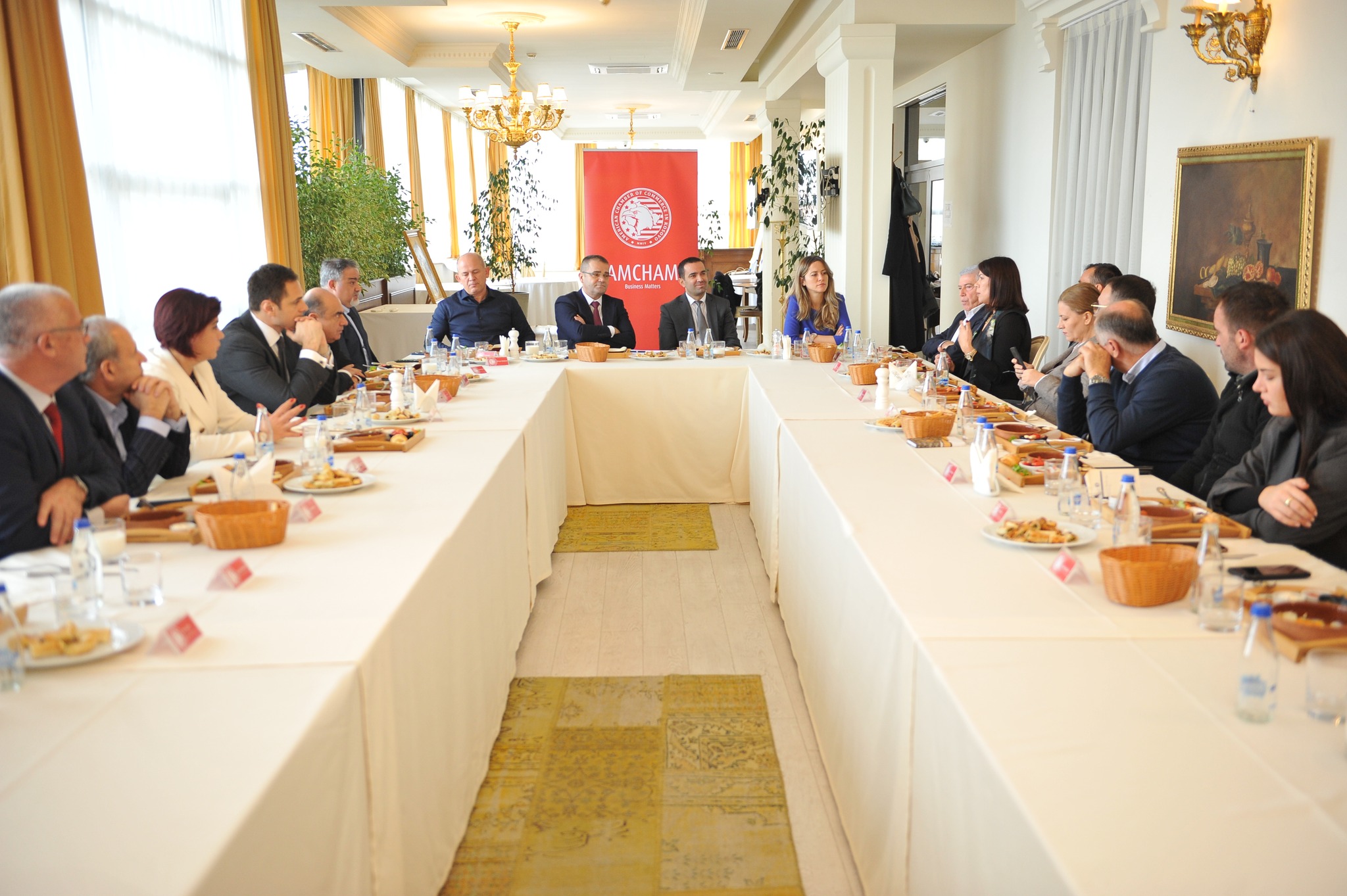 Breakfast for Executives- Governor of the CBK

Prishtina, December 06, 2022 – To discuss current financial developments, plans for the upcoming year, access to finance, and the financial sector in overall, the American Chamber of Commerce in Kosovo organized a breakfast for executives with the Governor of the Central Bank of Kosovo (CBK), Fehmi Mehmeti.

The financial sector in Kosovo is considered stable based on all the indicators of financial soundness, stated Governor Mehmeti. This recognition comes from international assessments, including those of the IMF, World Bank, EU Commission, and the U.S State Department. CBK not only fulfills the criteria and requirements for a solid institution, but it constantly endeavors to help in the economic growth of the country.

This year’s growth marked 3.7%, higher than 2021’s growth of 3%. Yet, this level remains in line with IMF forecasts of 3-4% annual growth needed for the financial sector to remain stable. Growth is mainly attributed to remittances, foreign direct investments, and public expenditures. Undoubtedly, inflation has led to a decrease in consumption and has battered an otherwise higher economic growth.

The cooperation between the CBK and financial institutions continues to remain tight, as such, overcoming major challenges which for the past years, have trembled the world. The fact that the challenges faced today by the banking sector of Kosovo are similar to the challenges that characterize the banks of developed countries argues for the success of this sector so far, which has reached a satisfactory stage of maturity. Banks are highly liquid, have relatively low-interest rates, offer all the required services, and are constantly digitalizing to serve the demands properly. On the other hand, insurance companies have marked increased capital, improved performance, and have been accordingly consolidated.

Forthcoming plans include the amendment of the Draft Law on Banks, which has been forwarded to the assembly. In addition, it is of immense importance for the Draft Law on Pension Funds to be processed. CBK follows EU and Basel directives and works closely in cooperation with the IMF, usually by referring to the models of countries that have gone through similar economic transitions as Kosovo in order to result in inclusive laws and regulations. The aim of the CBK is to increase competitiveness, as the main driver of growth. The high level of trust towards both financial institutions and non-financial institutions, and cooperation between institutions and private stakeholders, are tremendously important in such growth.