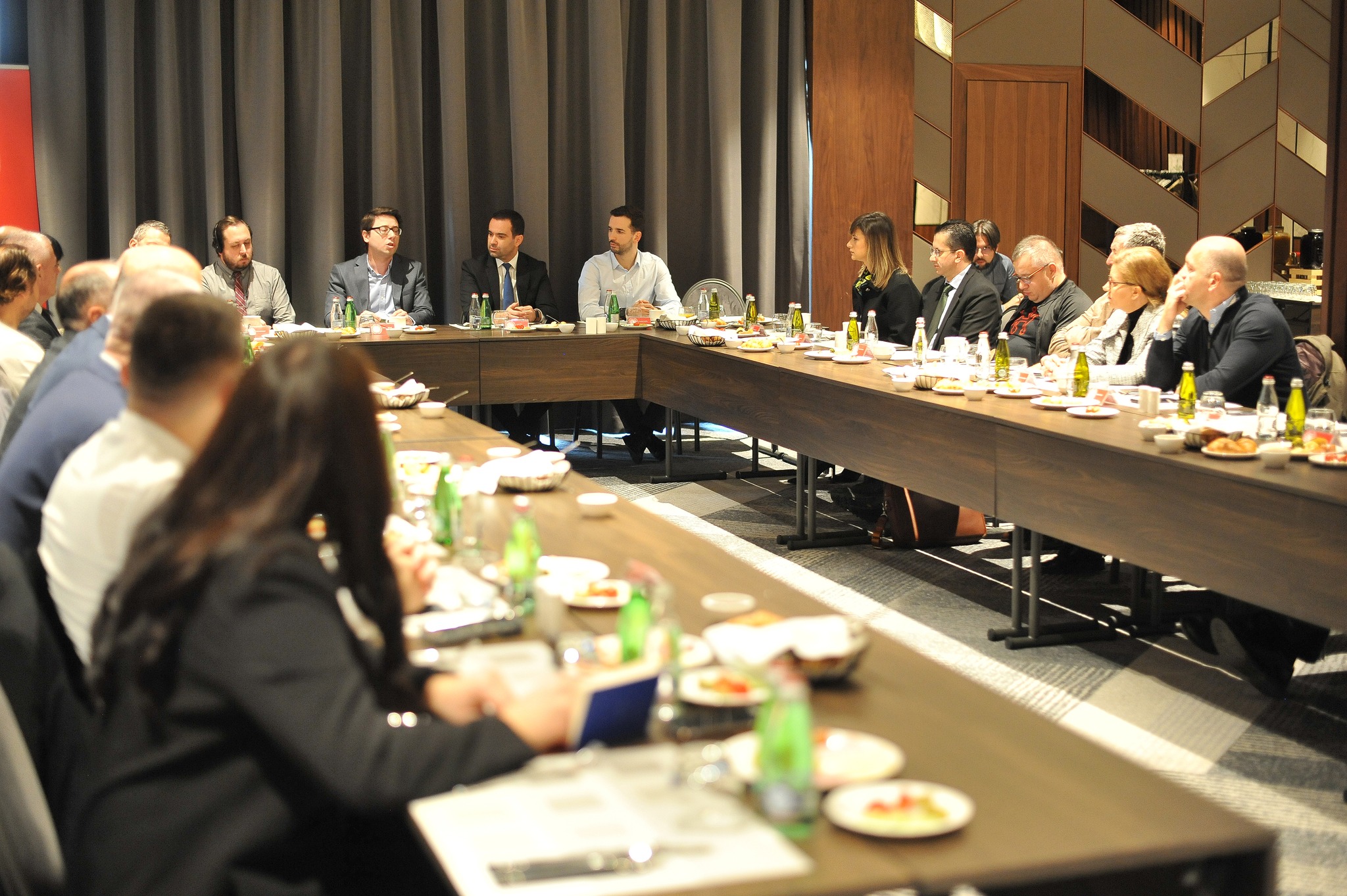 Prishtina, November 25, 2022 – To discuss the fiscal policies undertaken this year, plans for the upcoming year, and a short overview of the projected budget for 2023, the executives of the American Chamber of Commerce met with the Minister of Finance, Hekuran Murati, in one of AmCham’s most exclusive events, so-called ‘the breakfast for executives’.

There have been numerous challenges that needed an immediate response, Minister Murati stated, while explaining his efforts to design proper and favorable fiscal policies, that would not only offer real-time support but also simultaneously lead to job creation and economic development. One of the key drivers of the economy is undoubtedly finance and liquidity, therefore, in order to preserve them, the Ministry of Finance – in the absence of monetary mechanisms – has developed quasi-monetary policies that have increased the money supply in the economy.

Various measures have been taken throughout the year. To help businesses sustain their performance, despite the general increase in electricity prices regionally, Kosovo has maintained the price without changes and has offered subsidies with the purpose of preventing the imported price from being transmitted to the business community and citizens, averting another inflationary wave.

In addition, Minister Murati claimed that measures such as direct support for businesses through subsidies for investment loans, employment support, and direct transfers for the most vulnerable part of society, have increased liquidity, which has in turn has incentivized economic activity and led to sustainable job markets. It is of the utmost importance to maintain the purchasing power of the economy, in order to prevent a recession from taking place.

Next year’s budget, with the support of the European Union, and a continuation of domestic revenues, is projected at €3.2 billion. The upcoming year will bring additional social schemes and measures, an increase in capital investments, regulation of the financial sector, and subsidies for youth and education, all with the intention of contributing to sustainability in such strenuous times. There are too many scenarios that cannot be forecasted, yet the cooperation of private enterprises and institutional stakeholders would help in overcoming economic struggles that emerge along the way.