Businesses address issues that derive from the new law on trade 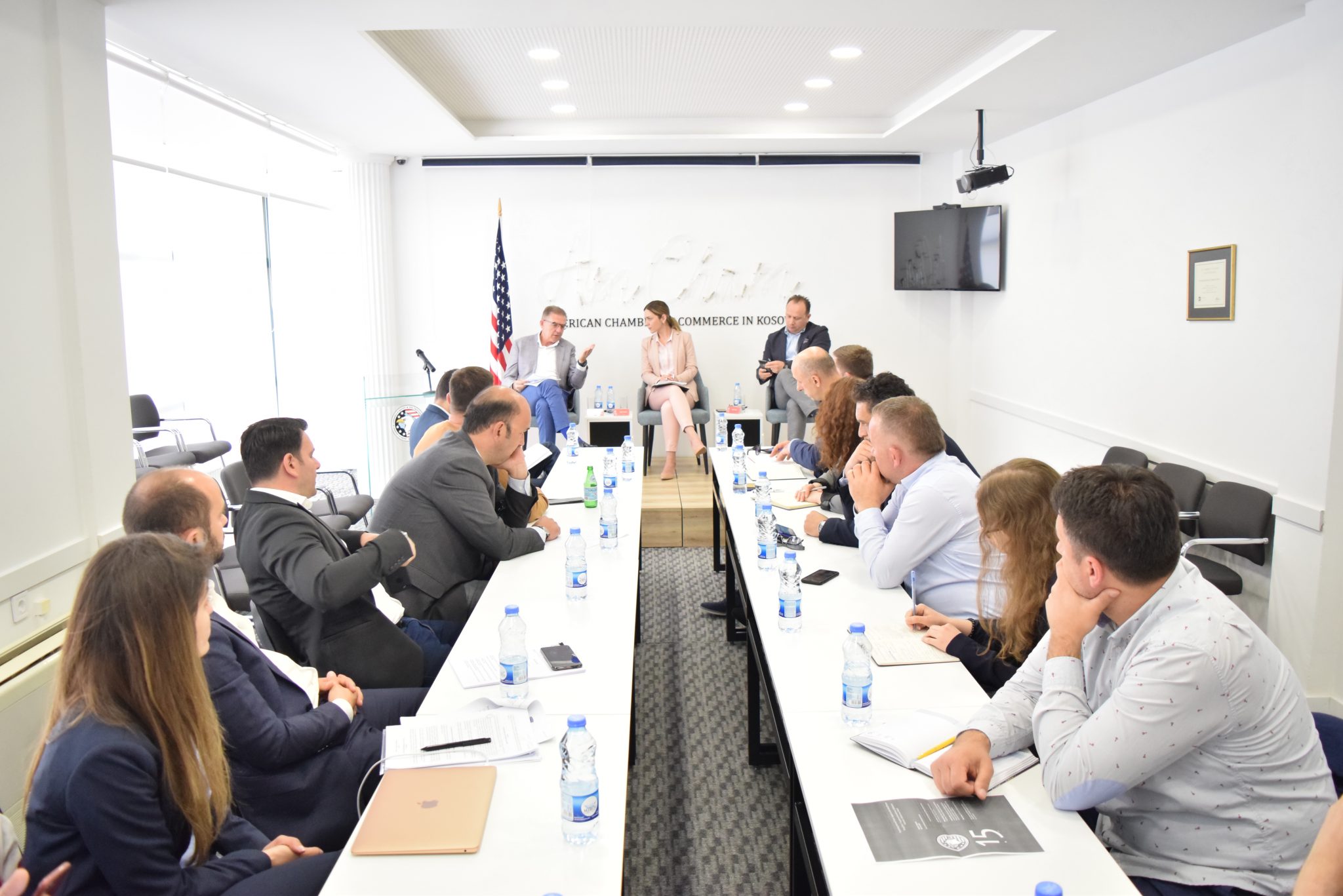 Businesses address issues that derive from the new law on trade

Prishtina, April 25, 2019 – The American Chamber of Commerce in Kosovo organized a roundtable in order to discuss the impact of and implications that derive from the Law on Trade for the private sector in the country.

AmCham Executive Director, Arian Zeka, evaluated the law as important, but called upon institutions to avoid overregulation which would harm business interrelations and would hinder the process of doing business. He said that the position of AmCham is that overregulation would suffocate business operations and would be in contradiction with the orientation of the country towards a free market economy.

Adviser at the Ministry of Trade and Industry, Mrika Selimaj, said that the law on trade foresees a number of new implications which aim on the overall regulation of the market in the country, adding that this law leans more toward the administrative aspect. Selimaj said that the Ministry aims on making necessary modifications in order for this law to be easily implemented and that the reforms are more than necessary in regulating this sector. She encouraged businesses present to present their recommendations and comments in drafting this law which will affect their business activity.

Chairman of AmCham Trade and Customs Committee and Owner of Delfin Ltd, Avni Krasniqi, said that the lack of inclusion of the

private sector in drafting laws that affect the retail trade and other sectors is directly affecting the proper implementation of the law in the country. Krasniqi said that due to the fact that the private sector will be affected the most from the specifics and new implications from this law, businesses fear that many difficulties will arise from the implementation of this law which will result in deregulation of the market. He required that businesses be included and be an inseparable part of this process in giving recommendations in order to address issues that would be a burden to the private sector.

Owner of the company Proex, Ylber Kuraja, said that the retail trade sector in Kosovo is the main contributor to the budget of our country, therefore, the inclusion of this sector in the modification process of the law on trade is necessary. He said that issues such as lack of full fiscalization of stores, amongst others, are reflecting in lack of full implementation of current laws, adding that further inclusion of businesses in the drafting process of laws would enable institutions to properly address issues that affect the private sector.