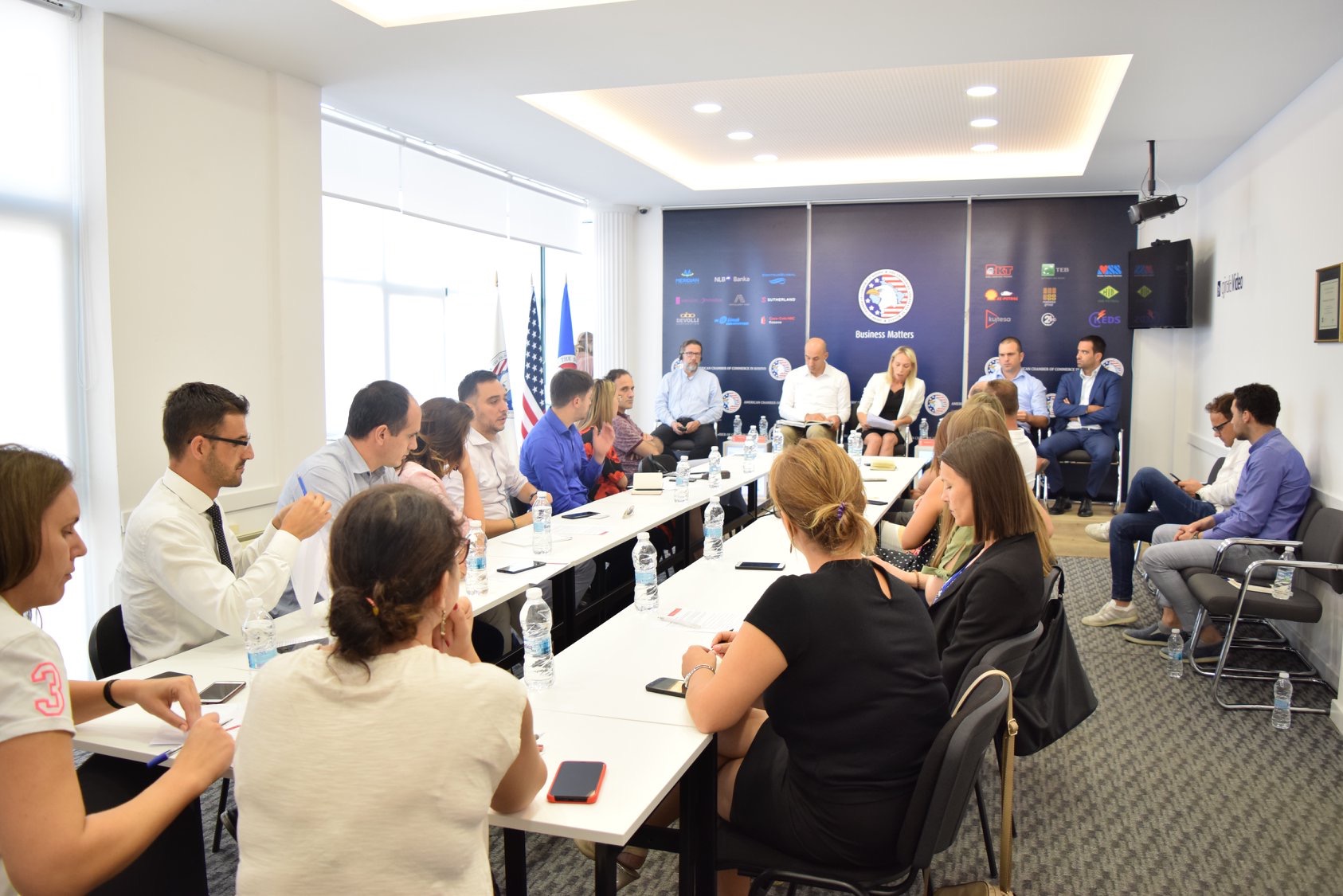 Prishtina, August 30, 2019 – Despite the commitment of the private sector in training youth in various industries, the Government must play a crucial role in preparing youth in certain areas through long-term strategic programs. This was said during the roundtable organized by the American Chamber of Commerce in Kosovo in which businesses provided their recommendations to the new Government on human capital.

AmCham Executive Director, Arian Zeka, said that one of the main issues that businesses face in the manufacturing, services, and trade sectors, especially in manufacturing, is the lack of qualified workforce, adding that the new Government should focus in eliminating this problem that businesses encounter continuously.

Public Relations Manager at Prishtina International Airport, Valentina Gara, said that digital economy is of special importance considering the fact that it is now becoming a precondition for the workforce in many jobs. She added that the country will not register economic development by only creating new jobs, but by providing the right skills, adding that the new Government should focus on how it invests in human capital.

On the other hand, Chief Executive Officer of Orbico, Fikret Havolli, said that skills gap is one of the main problems, thus it should be solved in order to have stable economic development in the country. Havolli said that the new Government should focus on establishing a long-term strategy in preparing the workforce and it should make entrepreneurship a priority. He recommended creating stimulation packages based on KPI criteria (Key Performance Indicators), adding that the next Government should focus on investing on talented individuals in order to prevent them from leaving the country. He also added that the country needs a substantial reform in the education system.

Whereas Rainer Gerke, Vocational Education Training Expert at Getting Competent, mentioned the importance of promoting pull factors which keep the workforce in the country and not leave it. He added that the Government must identify the reasons why the young people are leaving the country and should focus on creating more favorable conditions for them, adding that Kosovo cannot continue importing people since it affects its economy.

Furthermore, Chief Business Development Coordinator at KIVO, Ariel Shaban, said that Kosovo needs reforms in long-term internship programs. He also said that we need a systematic approach in vocational education and that universities should add new areas of studies based on the industrial trends in Kosovo.