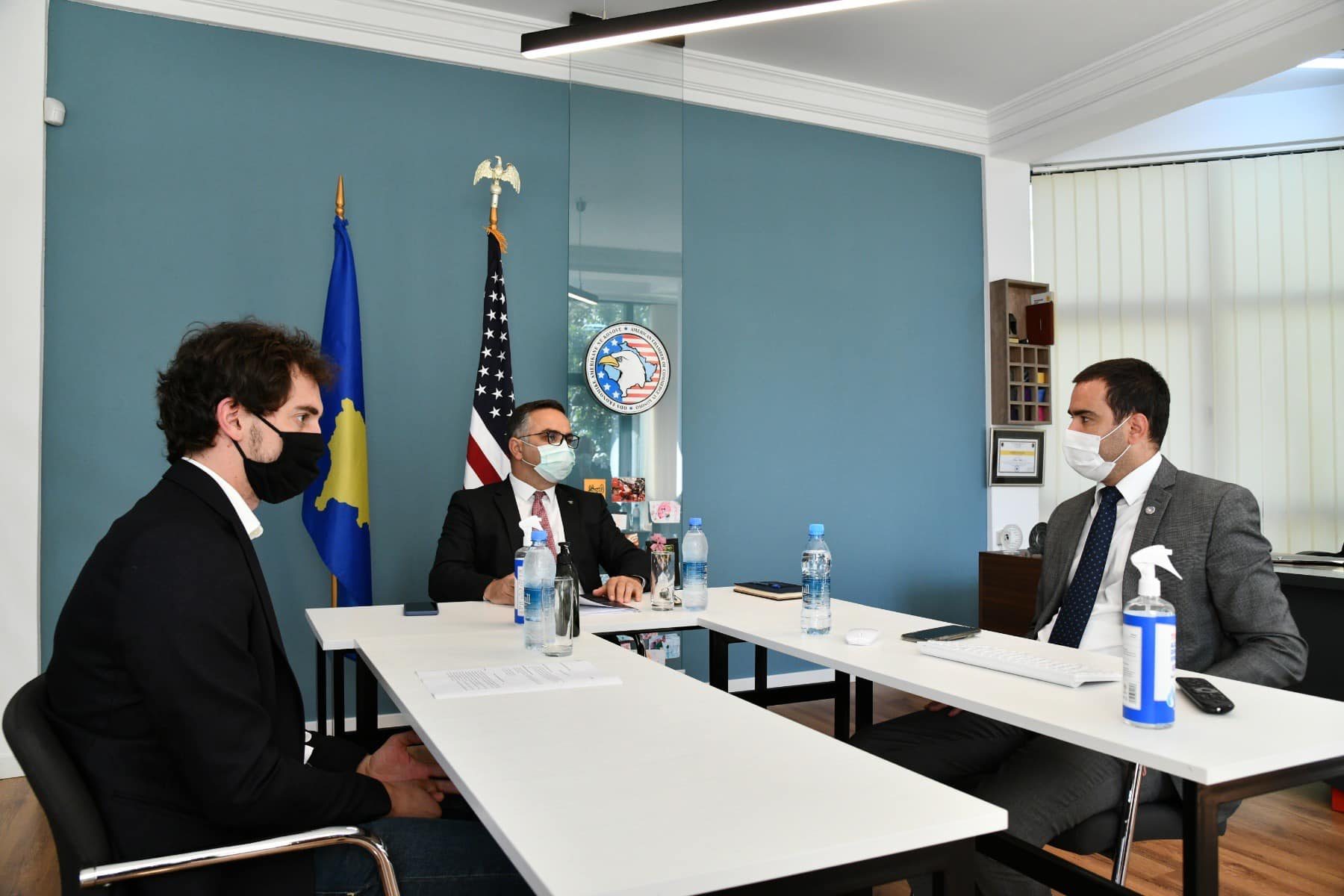 Prishtina, 18 August 2020 – The American Chamber of Commerce in Kosovo organized a virtual conference with the Deputy Prime Minister Besnik Tahiri, during which reviving of Kosovo’s economy, with special emphasis on recovery from COVID-19 was discussed. During this discussion, representatives of AmCham member businesses had the opportunity to express their concerns and provide relevant recommendations for the support needed from the Government.

Deputy Prime Minister of the Republic of Kosovo, Besnik Tahiri, emphasized the level of damage that the COVID-19 pandemic has caused to the functioning of the state in general as well as the negative impact on the sphere of public health and the economy. According to the Deputy Prime Minister, the main problem they have faced so far has been securing sufficient budget to close various gaps and the drastic decline in state revenues, where he added that within the strategy for economic recovery specific funds have already been approved that provide access to finance for all parties affected. Tahiri stated that the Government’s decisions related to economic activities, although in close communication with the private sector, have been quite difficult to take due to the need to also maintain the public health. He stated that through the Draft Law on Economic Recovery, with which the public is already familiar, they aim to stimulate the circulation of money in the country’s economy by disbursing funds to the private sector and social schemes.

“Now we are in August, and our goal is that in these two months, September and October, with the passage of the Law for Economic Recovery to help as quickly and efficiently as possible, based on the principles and decisions we have taken, the disbursement of funds to the private sector, and also to social schemes”, emphasized Deputy Prime Minister Tahiri.

Erëmal Bajrami, General Manager at KFC and Chairperson of AmCham’s Gastronomy and Tourism Committee, spoke about some of the challenges this sector is facing. According to him, the gastronomy industry’s biggest challenge is the restriction of movement of citizens until 22:30, as well as the ban on using swimming pools in outdoor spaces, while indoor pools are allowed. He also spoke about the value added tax for this sector, which in Kosovo is the same as VAT for other products or services, when according to him, in fact it should be lower as it is in other countries. Among other things, he presented the documents of the Gastronomy and Tourism Committee for support for enterprises in this sector, which is one of the most affected in Kosovo.

They appealed to the deputies of the Assembly of the Republic of Kosovo to quickly approve the Draft Law on Economic Recovery, as well as other draft laws of economic nature.

Businesses stated that in many sectors the current situation is more difficult now than after the imposition of restrictive measures, despite the alleviation of measures, and the MPs negligence is leading the country towards a deep economic depression.