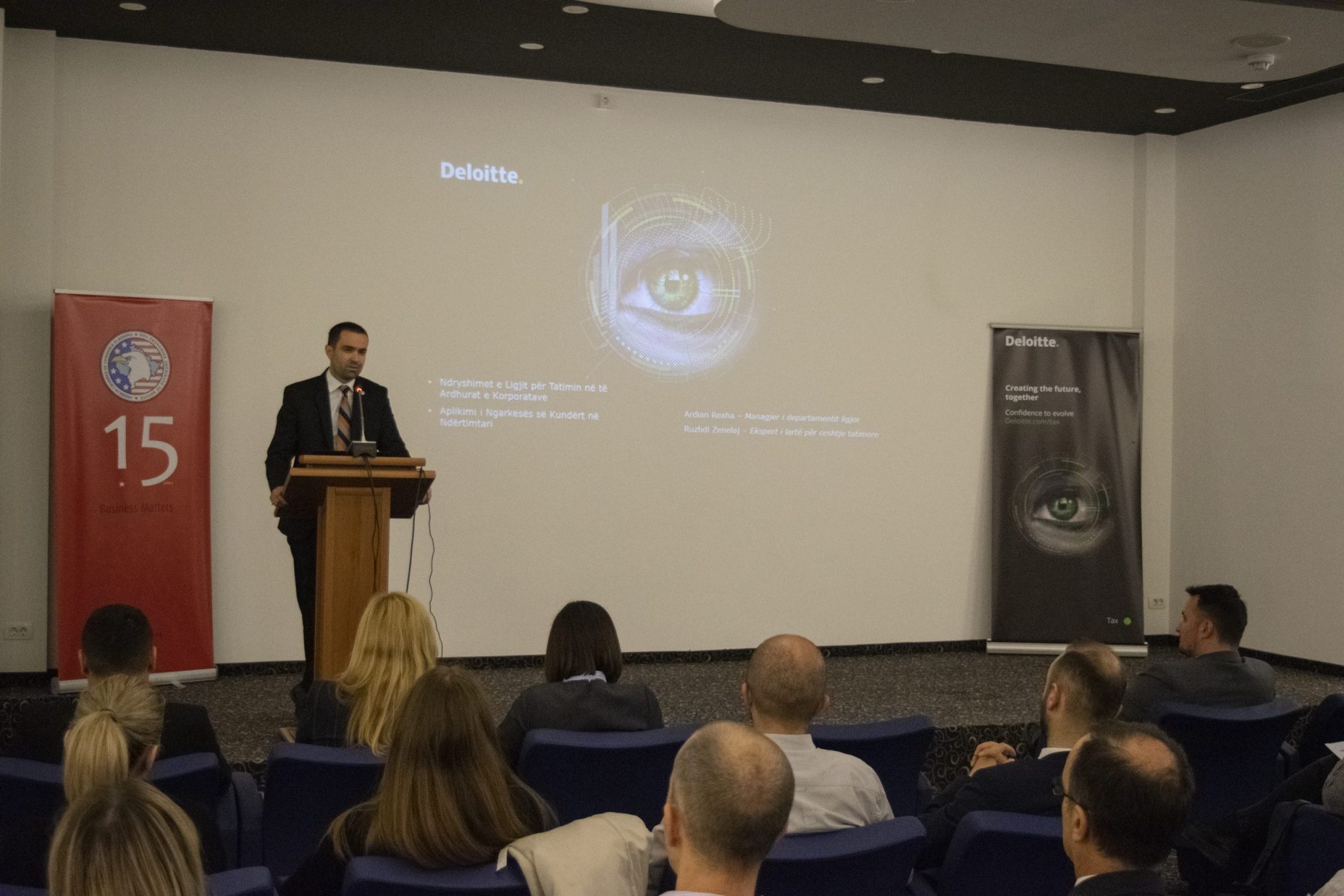 Prishtina, March 10, 2020 – American Chamber of Commerce in Kosovo and Deloitte Kosovo organized a workshop on changes in the Corporate Income Tax Law and the Application of Reverse Charge in Construction, where business representatives were informed on the changes on the tax legislation that came about during last year.

Arian Zeka, Executive Director of the American Chamber of Commerce in Kosovo, stated that over the last decade there have been a number of changes in tax legislation, while AmCham through its tax committee has been one of the largest contributors to these changes. Zeka added that AmCham’s focus remains the caution not to increase tax rates, especially in the Personal Income Tax Law. Furthermore, he stressed that more double taxation elimination agreements are needed considering that they are very necessary for attracting foreign investors.

Furthermore, Ruzhdi Zenelaj, Senior Tax Manager and Ardian Rexha, Legal Services Manager at Deloitte Kosovo, briefed attendees on changes and innovations in these laws, namely the Law on Sponsorships, Provisions for Banks and Insurance Companies, changes of the Corporate Income Tax Law and the application of reverse charge in the field of construction.