Businesses discuss on the benefits of developing a capital market 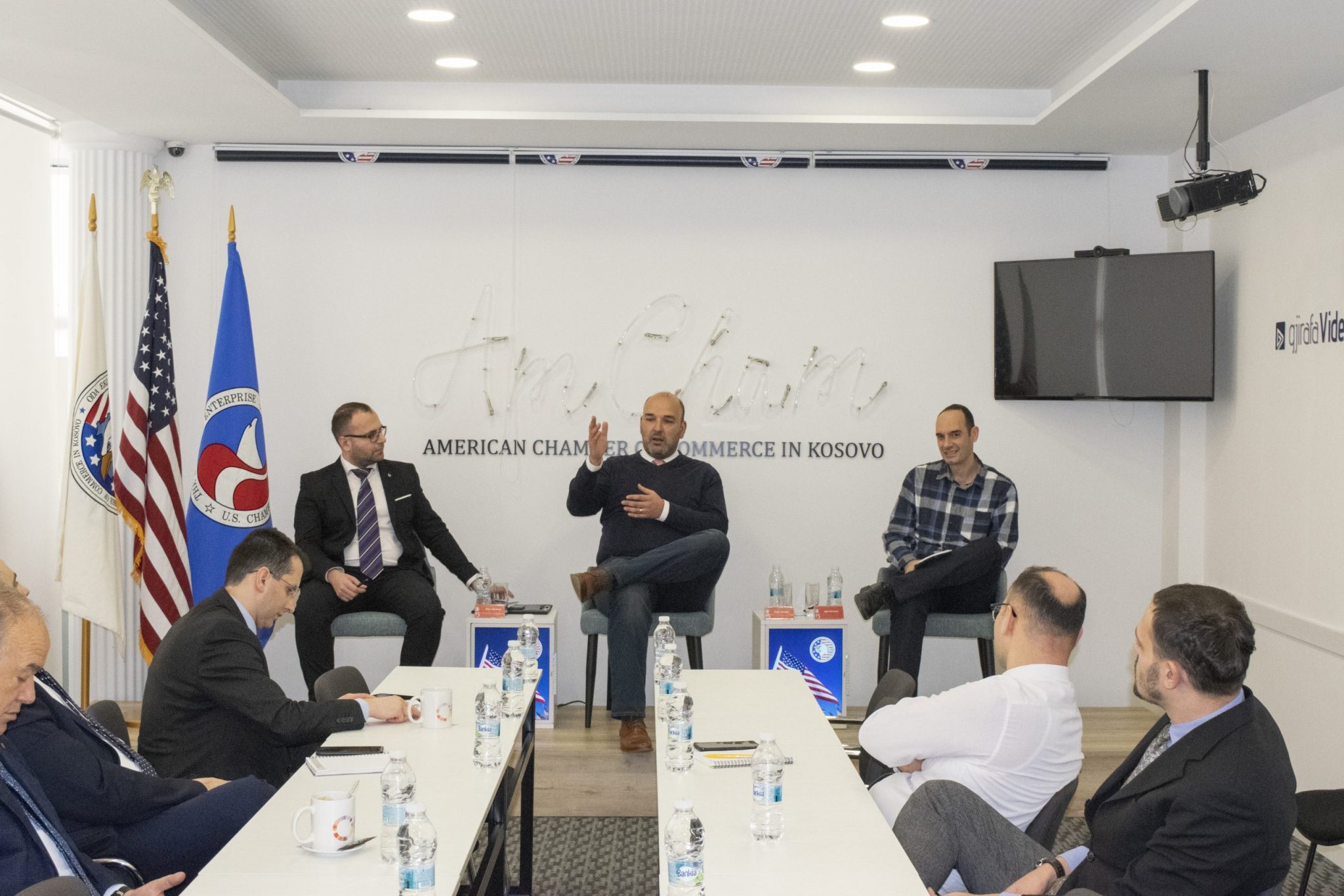 Businesses discuss on the benefits of developing a capital market

Prishtina, January 31, 2020 – The development of a regulated secondary capital market, which would enable decentralized financing for businesses and would stimulate competition in the financial sector, would be welcomed in Kosovo’s economy. This was concluded during a roundtable organized by the American Chamber of Commerce in Kosovo on initiating a capital market in the country.
The Economist Agim Demukaj defined the capital market as one in which supply meets demand. He expressed that such a market, also known as a financial market, although somehow exists in Kosovo, it is not well regulated, and a barrier in this regard is finding the adequate institution for the matter. According to Demukaj, there are different stakeholders interested in implementing a capital market in Kosovo, but the lack of a basic legislation, mechanisms, instruments and the risk of functioning create obstacles.
Rinor Gjonbalaj, Executive Director at MDA, talked about the need of creating an ecosystem where the bank is a supplement, meaning, an important actor but not the only stakeholder offering access to finance. He presented the idea of a capital market as a new framework which would increase competition in the financing sector, as well as enable businesses in particular and the society in general to have alternative sources of financing. He stated that in comparison with other countries, businesses in Kosovo remain dependent on the banks for financing, while this market would unlock more investment opportunities for both national and foreign investors.
Ramis Ahmetaj, Business Consultant, emphasized that an inclusive capital market regulation agency should be created, since in order to achieve such a system many legislative aspects that clarify respective activities need to be developed. Ahmetaj noted that since this market exists in all countries of the region, it is not impossible for it to be developed in Kosovo. According to him, the need for initiating such a market is immediate as it would enable stability of the financial system by offering a variety of financing tools.