Businesses get informed on the new fiscal measures which will become effective on January 1, 2018 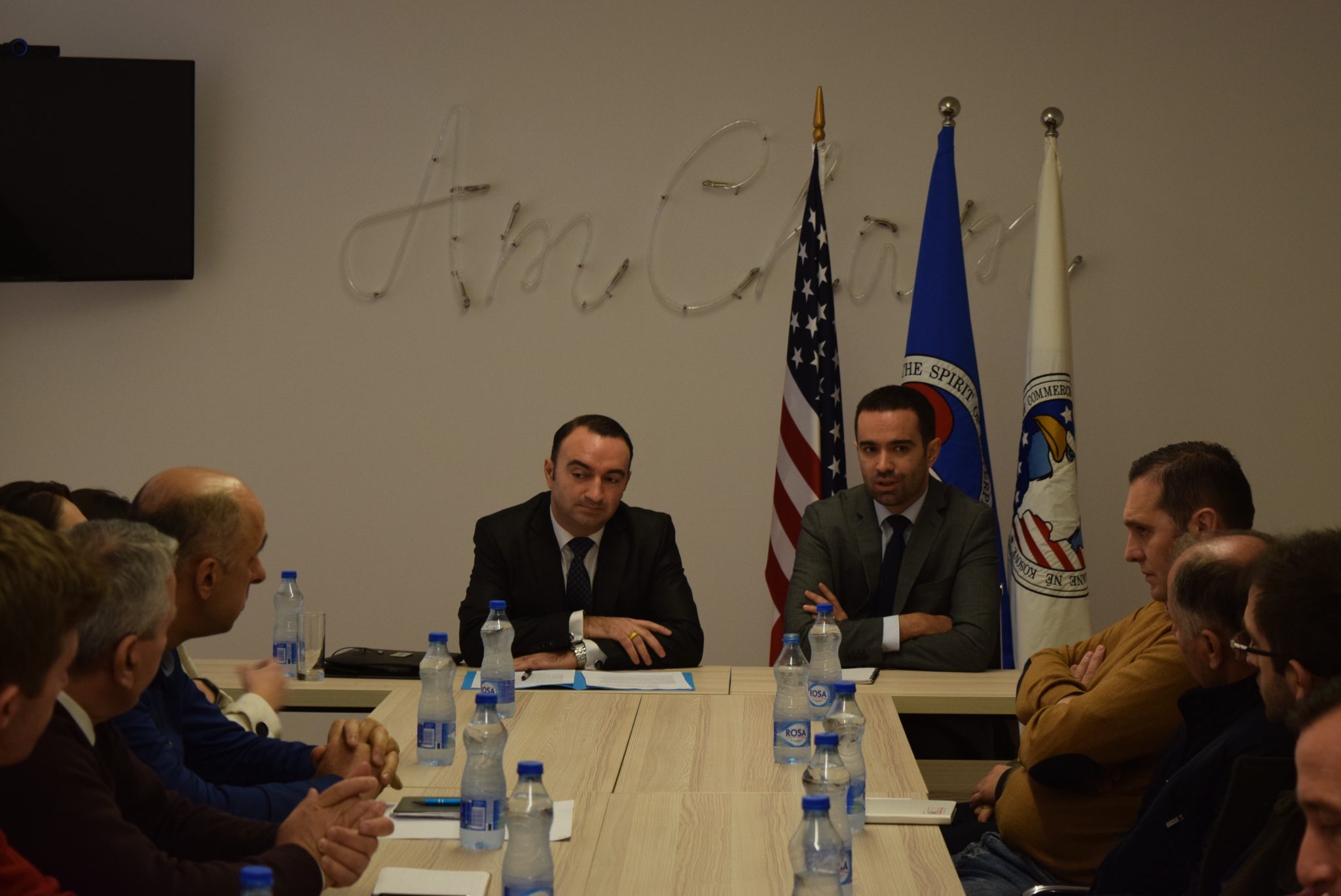 Businesses get informed on the new fiscal measures which will become effective on January 1, 2018

Prishtinë, December 15, 2017 – The announced changes on the fiscal package in the country, which will be effective from January 2018, have been established to urge and increase competitiveness in the country’s sector of manufacturing and information and communication technology. This was said today in the roundtable organized by the American Chamber, where businesses got informed with the fiscal package’s content, also the benefits criteria from the new fiscal measures by Mr. Lulzim Rafuna, Advisor to the Minister of Finance.

Arian Zeka, Executive Director of American Chamber of Commerce in Kosovo, said that businesses have welcomed the decision on the fiscal changes, but this package’s content and the procedures that businesses need to follow in order to benefit from it are still unclear. He said that roundtables like today’s can help businesses to get a clearer idea about how these changes will bring benefits especially the manufacturing and ICT companies.

Rafuna informed businesses that, as it has been announced, from January 1 2018 the measures will become effective on customs clearance for raw materials, semi products, devices and manufacturing lines, also information and communication technology devices. In order to favor manufacturing businesses, the customs clearance and removal of excise tax for imports between contractors will be enabled to decrease the manufacturers’ costs who cannot import themselves.

He also spoke on amending and supplementing the Law on Corporate Income Tax and on Value Added Tax during 2018, mentioning that Ministry of Finance sees the insurance companies’ concern as fair regarding the 5% profit tax of the overall circulation which, compared with other businesses, presents unequal treatment.

Discussing the delay in solving the business cases against the Tax Administration and the Customs, he said that the Ministry of Finance will require from Kosovo Judicial Council for the Fiscal Division to handle only these cases and not other commercial cases.