Businesses in Gracanica informed about mechanisms for reporting corruption 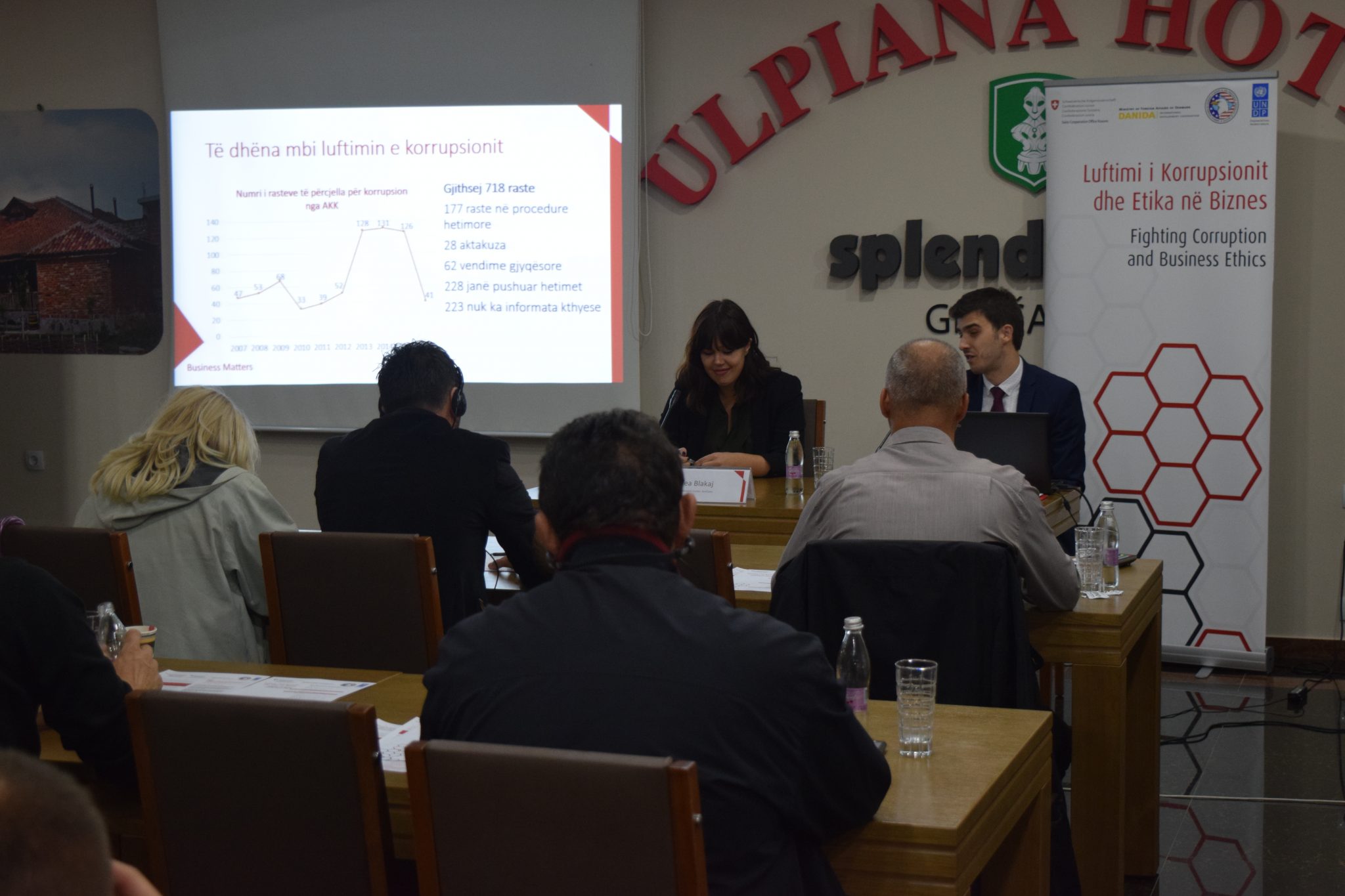 Businesses in Gracanica informed about mechanisms for reporting corruption

Prishtina, September 21, 2017– Making use of existing mechanisms for reporting corruption is the only way to enable a significant and comprehensive fight against this phenomenon in Kosovo at all levels of governance. Businesses in the municipality of Gracanica voiced this opinion during a workshop on Fighting Corruption and Business Ethics, organized by the American Chamber of Commerce in Kosovo under the framework of Fighting Corruption and Business Ethics project, supported by UNDP- Support to Anti-Corruption Efforts in Kosovo.

In addition to the work being done by institutions in this field and the results generated so far through existing mechanisms in the fight against corruption, businesses also discussed on the current situation in a number of sectors where the presence of corruption is thought to be greater, such as in public procurement activities. Businesses where informed in detail about procedures for reporting corruption, and shared their experiences in encountering this phenomenon on their activities.

AmCham Kosovo will continue to organize similar workshops in other municipalities in Kosovo as well, with the aim to create a new dynamism and enthusiasm among businesses for the need to combat this phenomenon.