Businesses against public procurement being source of corruption 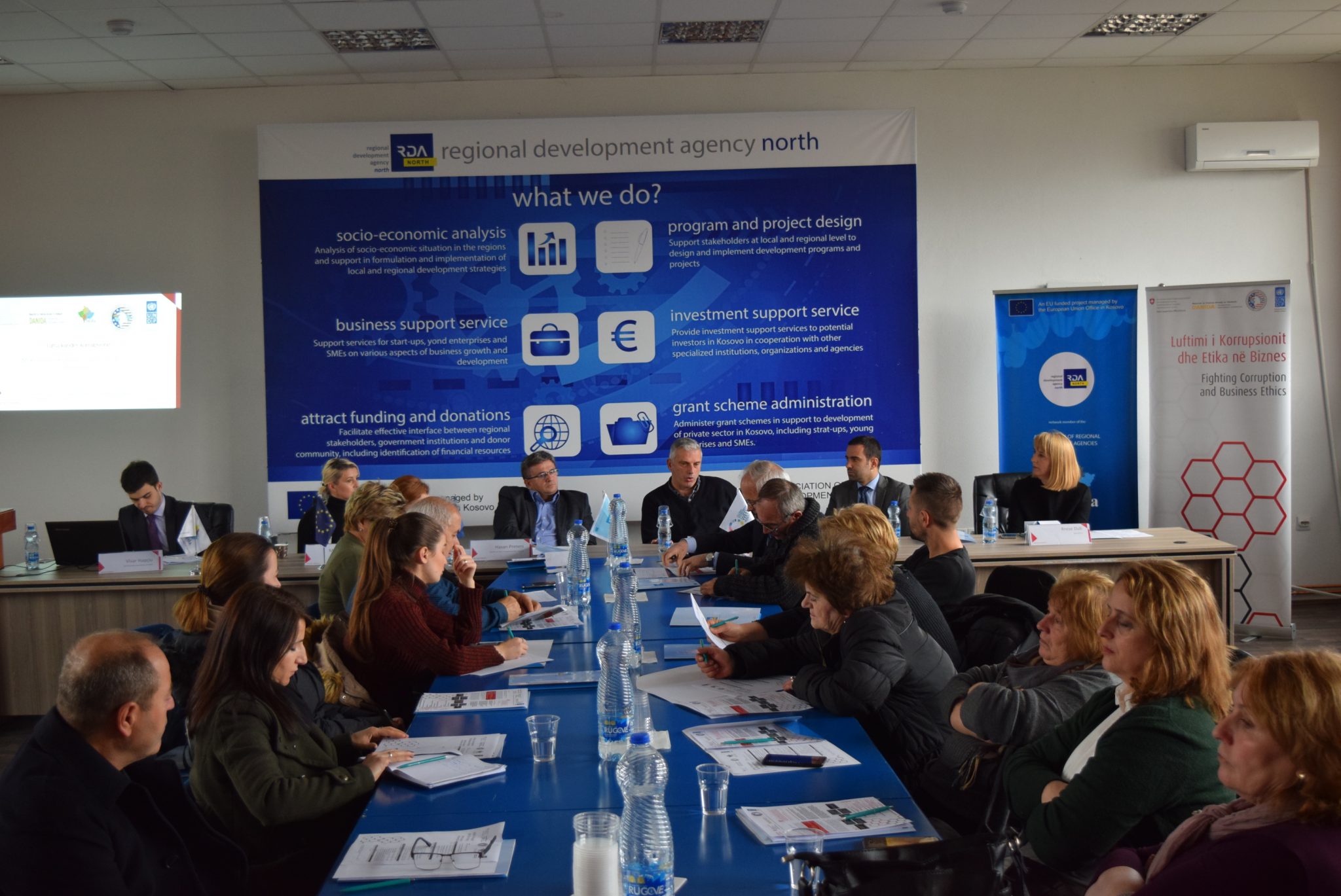 Businesses against public procurement being source of corruption

Mitrovicë, 30 November 2017 – Corruption in Kosovo is present mainly in public procurement activities, where, in most of the cases, tender winners are chosen beforehand. In order for these practices to change, which affect the fair and equal competition, businesses request suspension of the preparation of technical tender specifications that are adjusted to certain companies specifics.

He made these comments during the workshop organized by the American Chamber of Commerce in Kosovo with the businesses of Mitrovica’s region, the municipal administration and representatives from the Association of Regional Development Agencies (ARDA), with the support of the UNDP’s Project, Support to Anti-Corruption Efforts in Kosovo (SAEK).

Businesses requested from relevant authorities that their reports be treated with seriousness so that they are not discouraged from reporting these cases in the future as a consequence of lack of concrete results in fighting it.