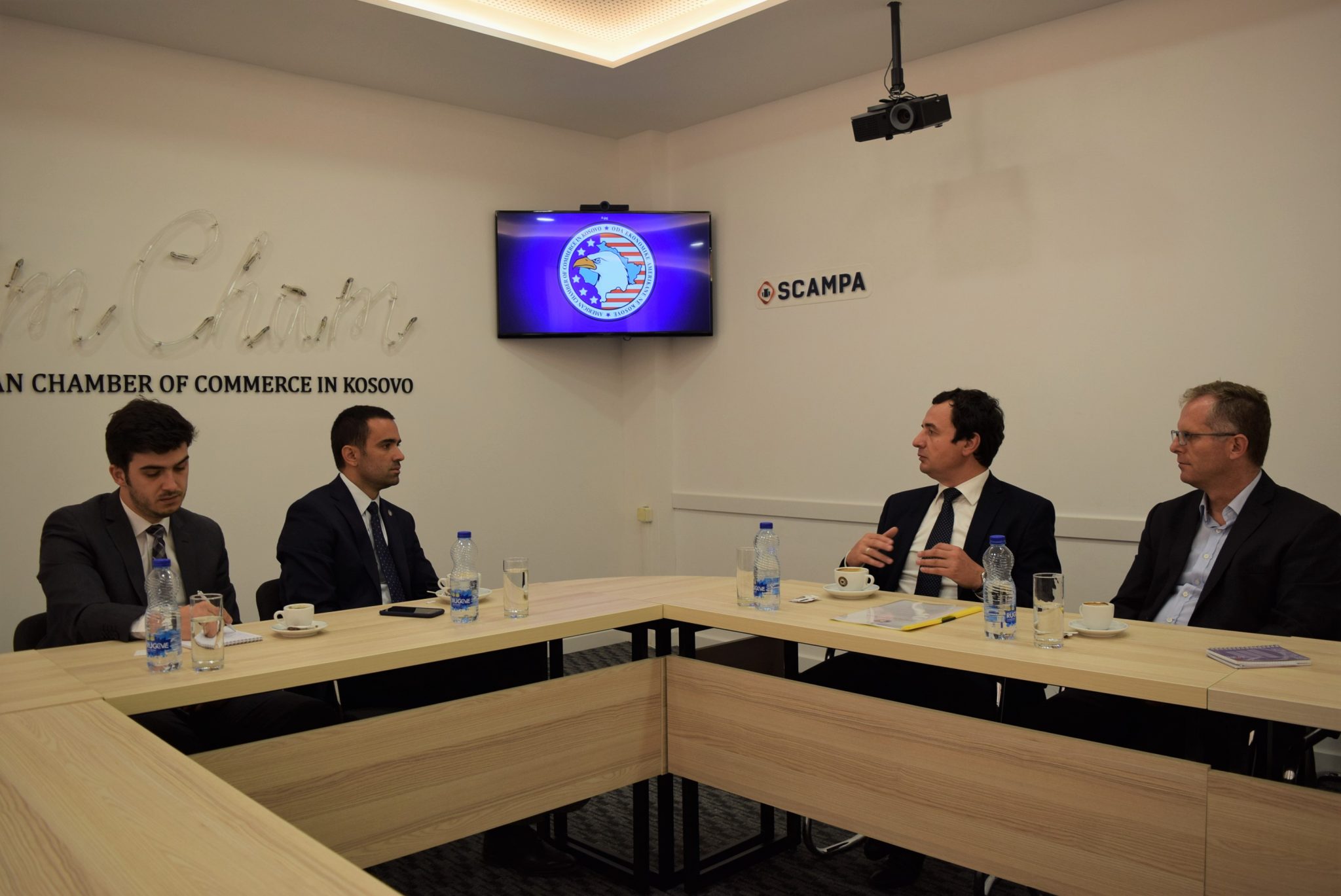 Prishtinë, July 13, 2018 – It is necessary to increase the communication between private sector representatives and members of the Assembly with the purpose of better informing both sides and harmonizing perceptions regarding policies that enable the private sector development and entrepreneurship growth. This was said today during the meeting between Chairman of Lëvizja Vetëvendosje, Albin Kurti, and the Executive Director of the American Chamber of Commerce in Kosovo, Arian Zeka.

AmCham Executive Director informed Mr. Kurti with the AmCham advocating priorities for 2018 which aim on creating a favorable environment of doing business in Kosovo and attracting investments in the country. He said that, despite the positive advancements in fiscal policies, there is still more to be done, expressing AmCham’s concerns on the unsatisfactory level of dialogue between the private and public sector.

On the other hand, Chairman of Lëvizja Vetëvendosje, Albin Kurti, said that it is necessary for Kosovo to have a Development Investment Bank on supporting entrepreneurial projects in the country and also to better exploit potentials from Diaspora in the furtherance of stable economic development. He also talked about the necessity of strengthening the domestic production considering the concern of high trade deficit in the country.

They also agreed on the necessity of increasing cooperation between business associations and parliamentary groups through active participation in public discussions organized from the Kosovo Assembly.